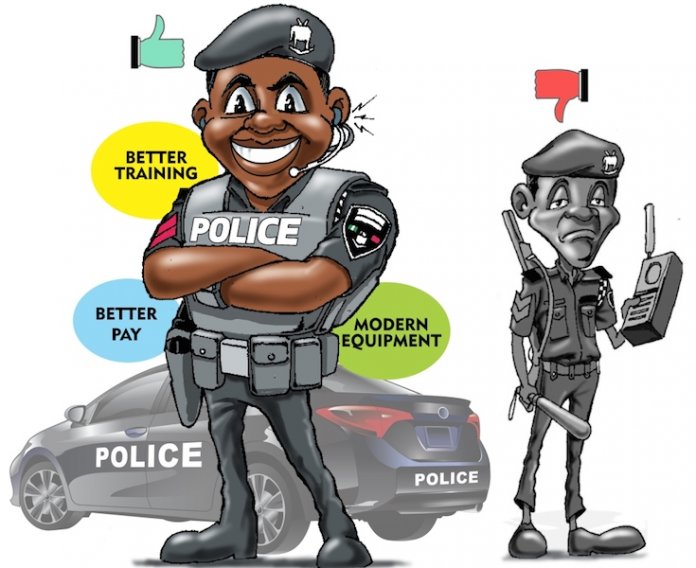 For several years, members of the Special Anti-Robbery Squad (SARS) were law unto themselves. They were unprofessional, rough and brutal. They kille d. They raped. They maimed. And they were masters of extortion. Amid rising tensions occasioned by the recent protests by angry youths across the country, the federal government disbanded the unit, and replaced it with Special Weapons and Tactics (SWAT). The federal government also promised to overhaul the entire police for effective performance. The challenge, however, is that while the promise of reform is loud, there is no indication that it is being seriously pursued even amid the growing violence and insecurity across the country.

From extortion of money from hapless citizens at illegal checkpoints to brutality through extra-judicial killings to the scam derogatorily called ‘charge and bail’, an institution that ought to be a friend is perceived more as a foe and treated with suspicion, and sometimes derision, by most Nigerians. As President Muhammadu Buhari remarked in a recent interview, soldiers who are principally trained to defend the territorial integrity of the country are now being compelled to assume the role of protecting lives and property within towns and villages because of the failure and ineffectiveness of the police. For this to change, the entire police must be restructured and restored to its original mandate in a way that soldiers do not have to be pulled out of their duty posts to protect the ordinary man on the street.

Over the years, the federal government had established several panels and presidential committees to address areas of police reforms, including efficiency, accountability and responsiveness. Ironically, many of the reports and recommendations are still gathering dust on the shelves. That is why many take the recent promise by Vice President Yemi Osinbajo that the proposed reform of the Nigeria Police Force (NPF) will be a game-changer with a pinch of salt. But it will be a shame if at the end of the day nothing changes.
The primary role of the police force is to uphold and enforce laws, investigate crimes and ensure security for people in the country. In many ways, the police are grossly incapacitated from playing that role. Most of the police stations across the country are in deplorable conditions. They lack basically everything. Yet if the police must live up to its responsibilities, it must be adequately equipped. A force entrusted to secure the nation cannot perform in the face of antiquated equipment and low morale.

As we have said repeatedly the challenges hampering the police from effectively discharging its constitutional responsibility to the public will continue to inhibit it until they are addressed. A key consideration is mode of recruitment. There must be proper vetting of prospective recruits just as the training must be adequate, comprehensive and tactical. In addition, there is urgent need to strengthen the capacity of the police. It is preposterous that a country of about 200 million is policed by less than 400,000 officers and men, many of whom are seconded to protect the country’s rich at the expense of communities.

It is important that the government has pledged serious attention to the welfare of police officers and men in response to the anti-SARS protests. This requires adequate funding as well as improving the living condition of police personnel. The security of the nation cannot be entrusted in the hands of hungry and depressed officers and men. But of no less importance is the urgent need to restructure the entire security apparatus. Government must have the courage to decentralise security and law enforcement from the federal to state down to the community. The police must be integrated into communities to solve local problems and improve community relations. Besides, any reform of the police force will be incomplete without corresponding reform of the weak criminal justice system. As noted by Ekiti State Governor and Chairman of the Nigeria Governors’ Forum, Dr Kayode Fayemi, the prosecutors, the judiciary and the correctional institutions are strategic partners with the police in law enforcement and security architecture.
Police reform is possible if the authorities can summon the political will. But we will have to pay for it.

Quote
It is preposterous that a country of about 200 million is policed by less than 400,000 officers and men, many of whom are seconded to protect the country’s rich at the expense of communities