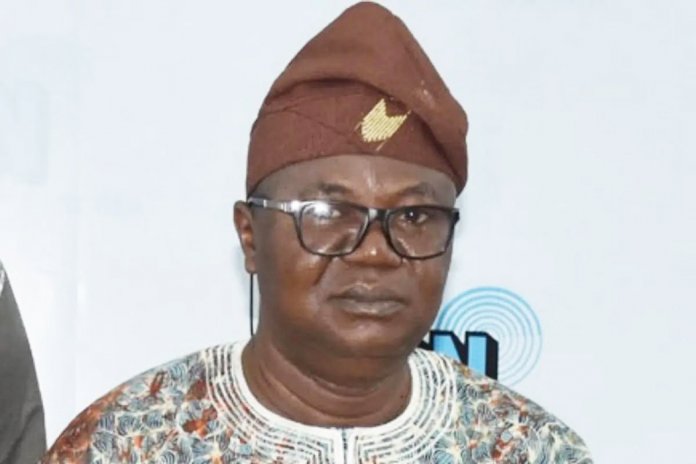 The Integrated Personnel and Payroll Information System (IPPIS) has since its introduction generated a lot concerns among various labour unions in the federal public service. As at last count, unions in the education, health, and oil and gas sectors have either embarked on strike or threatened to do so. The Academic Staff Union of Universities (ASUU) has been on strike for a record nine months now and there are no signs of an end to its face-off with the federal government. Perhaps, the one that is giving the biggest worry is the strike action by employees in the oil and gas sector. The Petroleum and Gas Senior Staff Association of Nigeria (PENGASSAN) recently commenced an indefinite strike to protest what it claims were various anomalies in the payment of workers’ salaries brought about by IPPIS. The payment platform was introduced by the federal government with support from the World Bank as one of the measures of Public Service Reform. Before the introduction of this scheme, Ministries, Departments and Agencies (MDAs) were given allocation for their recurrent costs on monthly basis as subvention. Under the arrangement, the MDAs had freedom to disburse money allocated to them whenever and however it pleases them.

From federal government’s reckoning, such practice normally lead to financial misconduct in the Nigerian civil service. The thinking of government was that the huge amount spent on recurrent expenditure, will be better monitored and cut down through appropriate government policy, thereby reducing cases of corruption in the civil service.

Added to the issue of curtailing corruption, the need for government to provide accurate and correct number of civil servants under her payroll and to an extent minimise budget estimate through IPPIS platform

However, despite its good intentions and purposes, IPPIS has been faulted by various unions representing key sections of the public sector workers in the country. It has become a source of dispute between federal government and the workers. Perhaps, it is the faulty implementation that has resulted in series of complaints by the unions. But whatever the reasons, IPPIS and the way it is being managed by its handlers is provoking a labour crisis that may be difficult to contain under the present circumstances the country has found itself.

ASUU was the first union to kick against the application of the salary payment portal to its members, saying that it was not structured to cater for the peculiar needs and operations of the university with autonomous status.

ASUU said IPPIS did not have what it takes to accommodate the some peculiarities in the university system including payment for those on sabbatical as well as various allowances and therefore vowed to resist its implementation in the university. Following ASUU’s vehement refusal to register in IPPIS, federal government ordered the stoppage of salaries of ASUU members. Although the president later instructed that withholding the salary was only temporary. Government had subsequently gone ahead to seize the lecturers’ pay on grounds that they have refused to comply with directives. As expected, ASUU responded with a full-blown national strike. As at the time the directive to ASUU to register in IPPIS, they were on negotiating table trying trash out their demands on the non-implementation of some key aspects of the February 7 2019 FGN-ASUU Memorandum of Action (MoA) and imposition of the Integrated Payroll and Personnel Information (IPPIS) on Nigerian academics.

ASUU president, Prof. Biodun Ogunyemi, said the union was shocked at the government’s action. “It withheld payment of salaries and allowances of ASUU members and seized the check-off dues, cooperative society contributions and other third-party deductions made on behalf of the union and its members. ASUU president said the union had no regrets for rejecting IPPIS, adding that apart from its erosion of University autonomy, the fears that the platform lead to possible distortion, manipulation and amputation of salaries and allowances fully came to light with the forceful application of IPPIS to the payroll system in the universities in February 2020.

“If anyone is still in doubt, a chat with the victims, many of whom have regrettably confessed to being deceived into enrolling in IPPIS, would certainly convince you.” For several months now, ASUU had remained on strike while federal government continues its insistence that its members must register on IPPIS before salaries and other disbursements to them will be made.

In a statement issued by Ogunyemi, the union said the federal government should release all what is due ASUU members and the union without the conditionality of IPPIS. The union said that government is punishing university teachers because they rejected IPPIS, which was imposed on the universities against the provisions of the law on autonomy and universal practices.

He also accused the Accountant-General of the Federation (AGF) of illegally withholding all the deducted union check-off dues of ASUU members in the last nine months. Several talks have been held to between federal government side and ASUU with no significant progress

ASUU said: “What has stalled meaningful dialogue was government’s insistence that payment of the withheld salaries and other entitlements of our members would only be effected through the Integrated Payroll and Personnel Information System (IPPIS)”.

But the government side, sees ASUU’s rejection of IPPIS as unnecessary and largely unwarranted.

Minister of Labour and Employment, Senator Chris Ngige, said that IPPIS is a product of federal government’s policy aimed instilling greater transparency in the payment of all public sector personnel.

He said: “IPPIS has blocked all leakages and exposed those who are not paying taxes, as well as those who underpay.” The minister said that the University Transparency and Accountability Solutions (UTAS), which ASUU brought as an alternative has been sent to the National Information Technology Development Agency (NITDA) for assessment. Ngige has however faulted the claim by ASUU that IPPIS would erode university autonomy. “They said that university autonomy is being eroded. Autonomy cannot work when government is paying the lecturers. It can work only when the governing council generates its own resources to pay workers”.

Other unions in the university system, the Senior Staff Association of Nigerian Universities (SSANU) and Non-academic Staff Union of Universities (NASU) are equally at loggerhead with the federal government over IPPIS. The immediate past president of SSANU, Comrade Samson Chijioke Ugwoke, while speaking at 2nd biannual delegates conference recently held in Abuja, said SSANU and NASU members were enrolled into IPPIS on the understanding that the seeming anomalies of shortfalls in salaries previously experienced would be resolved. However, he said that it was unfortunate that the experience has been a case of from “frying pan to fire”. He said, “Never in the history of the University system, have salary payments been so disorganised, distorted and mangled!

SSANU and NASU claimed that their alternative payment platform captures the peculiarities of all categories of staff, teaching and non-teaching, a strength which IPPIS does not have and which has been its bane all along. Ugwuoke said: “We wish to inform that the UG3PS is ready and awaiting presentation and test run to the federal government with the conviction that IPPIS or any alternative being suggested by any group either within or outside the system, cannot be as efficient as that being presented by the two non-teaching staff unions members of whose primary functions include personnel issues and salary payments. We say confidently and without prejudice, that no group can understand the intricacies, challenges and maneuverings of salary payments as much as SSANU and NASU in the University system and we have applied this knowledge which is a function of our primary duties in the development of the UG3PS solution.”

Speaking on the charged labour atmosphere in the country, president of the Nigeria Labour Congress (NLC), Comrade Ayuba Wabba, said government’s penchant for reneging on agreements reached through collective bargaining with labour unions was responsible for frequent industrial action being witnessed in our educational institutions.

“You don’t sign agreement for the sake of it. You signed so that it can be implemented. You can’t sign an agreement and then wait till it is due for implementation before raising issues.

“The important one which had constantly referred to is the collective bargaining agreement of 2009 between federal government and ASUU. If that agreement was signed in good faith and was implemented, I am not sure we will be where we are today.” Wabba lamented that while the unions go to the bargaining table with open mind and clear mandate to sign an agreement, in most cases the default is from employers and government.

On its part, PENGASSAN has declared an indefinite strike to protest flaws in the implementation of IPPIS. The association said that aside the seizure of their two-month salaries, the strike was also informed by the clumsy manner in which members were enrolled on the IPPIS. The PENGASSAN leadership vowed that the industrial action would continue until their grievances were addressed. PENGASSAN chairman, Oshiokhamele urged relevant government officials to address their issues as a matter of priority. He listed their grievances to include ‘bastardisation of our salaries by IPPIS and non-release of personnel cost for PPPRA and PTI for August 2020, salaries arrears from March 2015 to December 2016 are also outstanding’.

From all indications, the federal government and the unions appeared not ready to stand down on IPPIS. On its part, the federal government has argued that the payment platform is one of the innovative policies put in place by the administration to check corruption and enthrone transparency in financial dealings by public sector entities. Regarding the flaws, Ngige, said a committee would be set up to examine holistically the complaints of the unions on inconsistencies in their payments by IPPIS. But the unions have equally drawn a red line that unless their demands are met, they will not go back to work.

In fact, for ASUU and PENGASSAN that are already on strike, the fear is that, if the matter is not carefully handled, it might snow-ball into a conflagration in which case, other unions in critical sectors of economy may join them in solidarity.