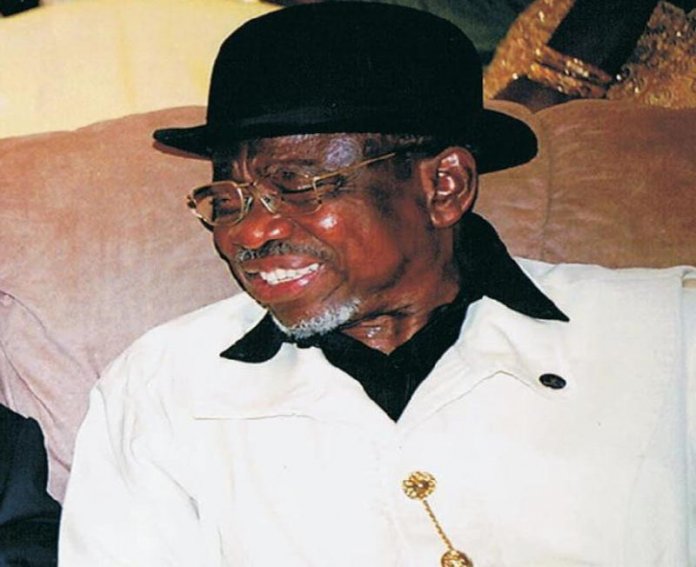 Okechinyere was the pet name our mother would often call him. He came into the family of Rev & Mrs . U .U . Maduekwe at time in history miscarriage of pregnancy spelt doom to those aspiring to become parents. Unlike the earlier ones he arrived on the due date and six of us followed thereafter. Hence, this pet name by our mother. I recall with nostalgia the care and mentorship of my late brother and the patriarch of the Maduekwe family of Asaga Ohafia, Abia state, late Chief Okechukwu Maduekwe whose death occurred on September 9, 2020. He played a major role in my quest to acquire the coveted Golden Fleece in one of Nigeria’s leading universities – University of Ibadan.

Born on 26th October, 1931 to the family of late Reverend Uma Ukiwe Maduekwe, Chief Maduekwe valued education so much that he extended his philanthropy beyond his immediate family hence many indigent students and needy ones around him benefitted. I must say that his impact on my educational pursuit was phenomenal as he ensured that I did not lack any prerequisites as a student. As a father figure he always bridged the gaps when the need arose. As a toddler my Christmas celebration happened only in December that saw his arrival from Lagos. I recall with lovely memories how the Aba Bata shoe company office and other ready made shops will witness brother‘s shopping spree for Chidinma as I was then called .

As a brother I will always treasure and recollect the moral and financial support he provided during my course of study even before becoming a medical student at the University of Ibadan in the seventies. As a matter of fact while studying medicine at Ibadan I enjoyed the privilege of an affluent student due to his unrelenting care and financial support. He made it possible for me to own an exciting sports car as a medical student. He introduced me into the audiovisuals world way back in the seventies through my ownership of an Asahi Pentax camera with 300 mm zoom lens. He actually groomed me for rural medical healthcare program through his inadvertent discussions on breakfast table about the Chinese foot doctors and exploits of Dr Akanu Ibiam, Governor of the former Eastern Region . My Asahi Pentax camera provided the fulcrum for my interest and understanding of the workings of the media even as a medical doctor. Little did I realize that he was laying the foundation for my current headship of a federal government agency today with a mandate centered around the exponential use of camera and lenses.

His own personal knowledge of the media industry was also vast considering his huge investments in the printing and publishing industry and book writing. His exposure to other sectors of life and business is legendary having being a policeman, teacher, farmer and community leader famous for selfless service and youth mentoring.

As a son of a headmaster, his education was sometimes interrupted whenever the father had to move to his new place of posting but this also came with invaluable life experiences which helped to mould him into a consummate personality that felt the pains of his fellow human beings. As a policeman he dedicated his life to the service of his fatherland and was passionate for the rapid growth and development of the country. It is needless to say that during their days in the police force, discipline and honesty were the hallmark of the profession. He would however leave the force to choose a career in the insurance industry where he also carved a niche for himself.

Perhaps one great attribute of my late brother was his innate ability in generating business ideas which also propelled him to venture into different areas of business spanning printing and publishing, transportation and agriculture. In all these he maintained his belief in God and his Christian background as a moral compass. By applying these noble principles he ensured that the quest for profit did not becloud his sense of justice and equity in his dealings with other people.

As a patriarch of the Maduekwe family of Asaga, Ohafia in Abia State Pa Okechukwu Uma Maduekwe was the elder brother to the former Minister of Culture, Minister of Transportation, Special Adviser on legal and Constitutional Matters to the President of the Federal Republic, PDP National Secretary, Minister of Foreign Affaires, Chief Ojo Maduekwe. He was also the life patron of Man ‘’O’’ Wars in the South East region.
Brother Kaa , Leruanya !!!
––Dr. Chidia Maduekwe, Managing Director/CEO Nigerian Film Corporation