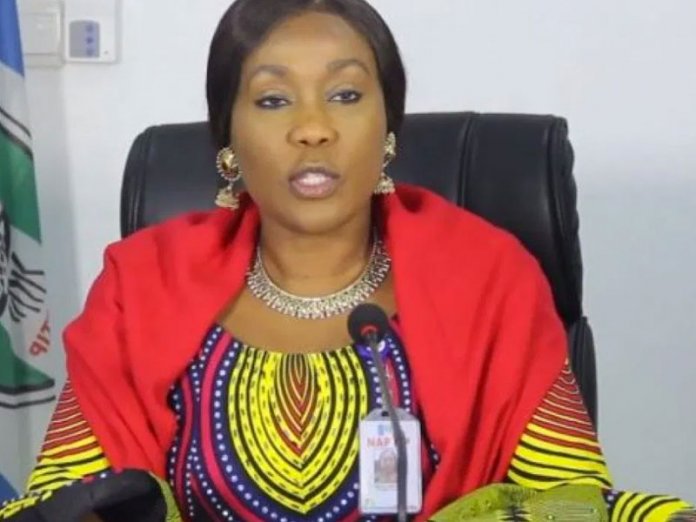 A statement by UNVTF yesterday said Dame Okah-Donli’s appointment is coming barely few days after she was announced as a member of the Board.

All members will serve a three-year term and provide strategic guidance to the UNODC Trust Fund Secretariat in the management of the Fund. The Chair of the Board is appointed for a one-year renewable term.

Okah-Donli is the second Nigerian to serve in this capacity, following Ms. Joy Ngozi Ezeilo, former UN Special Rapporteur on Trafficking in Persons, especially women and children. The new board held its first meeting on Friday 30 October 2020.

The statement said Dame Okah-Donli has long been a global voice on Trafficking in Persons issues, and that “during her tenure at NAPTIP, she successfully lobbied the Government of Nigeria to extend its whistle-blowing policy to human trafficking issues, positively impacting the reporting of this crime in her home country.”

She further established the NAPTIP Rapid Response Squad to counter criminal activity and piloted joint operations with Spain, the United Kingdom and law enforcement agencies in the region.

“Through her expertise in communications, she has raised awareness about the issue of human trafficking in Nigeria, campaigning for more involvement of the private sector and individuals in fighting this crime, and even launching a weekly TV segment in local television on the topic.”

Dame Okah-Donli, said: “On the 10th Anniversary of United Nations Trust Fund for Victims of Trafficking, I congratulate the United Nations Secretary-General António Guterres and UNODC Executive Director Ms. Ghada Whaly on the laudable vision that birthed the Fund, and the remarkable achievements of the Fund in the last 10 years.

“It is noteworthy that many victims of human trafficking in Nigeria have benefited from the Fund through the NGOs that were able to access funding. As I join the Board of Trustees for the next three years, I envisage an exciting future for the Fund as we seek to broaden and deepen its support and assistance to victims of trafficking all over the world in view of the devastating effects of the COVID-19 pandemic on this vulnerable segment of our society. Once again, congratulations to everyone who has been part of the success story of the Fund.”