One week after suspending sitting, the Lagos State Judicial Panel of Inquiry into police brutality and the alleged shooting of #EndSARS protesters by soldiers resumed siiting with the Army insisting that it was invited by Governor Babajide Sanwo-Olu to quell the protest, but was not informed of a change of time for the commencement of curfew.

The army also told the panel that it was ready to show videos capturing its activities at the tollgate on the night of October 20 when the incident occurred.

The military officers were led to the panel by the Commander of 81 Military Intelligence Brigade, Victoria Island, Lagos, Brig. Gen. Ahmed Taiwo who insisted that the #EndSARS protest plunged Lagos state into anarchy.

According to him, this assertion is based on the background of killing of policemen, burning of police stations and looting of arms and ammunition.

He said that with the blockage of roads and extortion of money from innocent citizens by hoodlums, inviting the military was the best decision Governor Sanwo-Olu, could have taken at that point.

Taiwo showed the panel the footage of a scene where a mob killed someone, set the body ablaze, before they started discussing about sharing body parts.

This he said is reminiscent of what happened during the Liberian war.

“These scenes are reminiscent of the Liberian Civil War when the fighters believed that once they consume human body, they would be fortified, they will be strong.

“It was these incidents that made the Governor of Lagos State ask for military intervention and in my opinion, that was the correct thing to do since the police had been overrun and policemen were fighting for their dear lives.”

Taiwo, who testified under oath revealed that the State Governor Babajide Sanwo-Olu requested the presence of the Army to quell riots in the state.

He however said that the state failed to communicate a change in the commencement time for the 24-hour curfew declared by the governor.

“It is a shame that the Lagos crisis has been reduced to what happened at the Lagos Toll Gate,” Brigadier Taiwo said.

“Little mention has been made of the wanton destruction that happened prior to that occurrence,” he continued, recalling that policemen were lynched by mobs in some parts of Lagos.

“What is worse is that the families of the Police that were killed will not get closure because of the way their bodies were disposed.”

He said that “the world over, it is the custom that the army intervenes when a situation overwhelms the police and paramilitary services.”

“The occurrences that took place from October 18 were nothing short of lawlessness and violence,” Taiwo said, buttressing his arguments with pictures and videos.

“This was what prompted Lagos State Governor Babajide Sanwo-Olu to request the intervention of the army,” Taiwo said, a decision he believes was the best.

According to Taiwo, the Army deployed immediately to forestall further violence and loss of life.

“Contrary to what is out there, it was done throughout Lagos State upon receipt of Stage 4 of IS Security. Phase 4 is immediate deployment of soldiers outside the barracks to intervene.

“To show how dire the situation was, the fire alarm beagle was sounded. When this is done, you report immediately to the parade ground pr the armoury.

He continued; “The rules of engagement for internal security were strictly followed.

“It is inexcusable for troops to stand aside and watch the situation deteriorate.”

Lethal force can only be used when all other measures fail to work, he said.

The use of force must be limited in intensity and duration and commensurate to the situation.

Taiwo said the Oriental Hotel in Lekki was under threat of being set on fire while protesters pelted soldiers with stones and bottles.

The soldiers fired in the air and fired blank bullets to disperse hoodlums, he claimed.

Meanwhile, the youth representatives who withdrew in protest have returned to the panel.

The retired Justice Doris Okuwobi-led panel was forced to suspend sittings last Saturday due to the boycott by the two youth representatives on the panel – Oluwarinu Oduala and Temitope Majekodunmi.

The youths had boycotted the panel sitting in protest against the freezing of the bank accounts of 20 #EndSARS promoters by the Federal Government. One of the frozen accounts belongs to Oduala.

Commenting on the boycott, Justice Okuwobi, said without the youths, the panel could not form a quorum and had no option but to adjourned till Saturday. 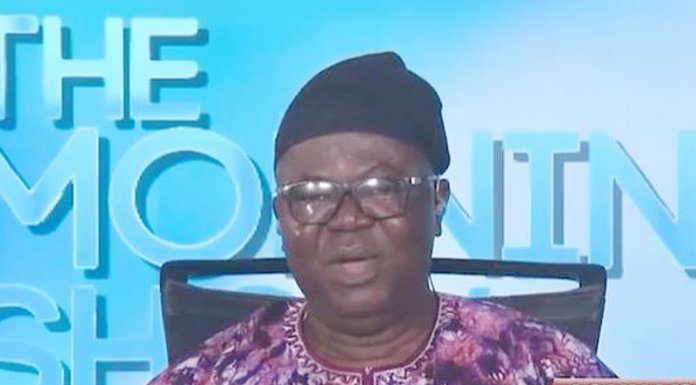 With Brazen Shouts of ‘Idera De’, Kwara Welcomes Back Saraki