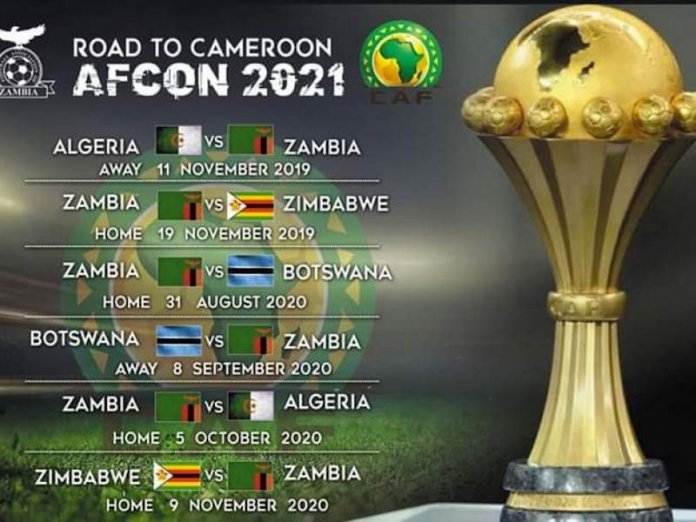 Super Eagles will host their Leone Stars counterparts today in the first of double header encounters and a win over two matches in the spate of five days will qualify Nigeria for the main tournament to be hosted by Cameroon in January of 2022. In this report, Femi Solajatakes a look at the matches in numbers.

This is the first time that Super Eagles’ camp will have the highest number of players born or raised abroad. On record, Head Coach Gernot Rohr have 10 ‘Diasporan’ players for this match. It is a gradual shift away from the blend of home and foreign-based players that started way back in 1981 when the duo of Tunji Banjo and John Chidozie were invited to play in Nigeria’s World Cup qualifying match for Spain ‘82.

It is 71 years and five days ago today that both teams first met on international stage.
The first time both teams met was on 8 October 1949 when the Nigerian side made a stopover in Freetown during their return voyage from UK.

The match at Ogbemudia Stadium in Benin will be the 22nd encounter between both teams. Nigeria’s Super Eagles have the upper hand, winning 14, drawing five times and losing just two.

The Nigeria versus Sierra Leone match will be the fourth time an Africa Cup of Nation qualifying match will be played in Benin City. The first time was when the then Green Eagles played a goalless outing with Morocco on 14 August 1983. The second time was the 1-0 defeat of Madagascar on 2 June 2001 while the third was the 2-2 draw with Angola on 21 June 2003 in the qualifying round for Tunisia 2004.

8. The encounter this evening at Ogbemudia Stadium will be Nigeria’s 113rd Africa Cup of Nations’ qualifying match. For Sierra Leone, it will be their 74th in the qualifying series since their debut for the 1974 edition.

9. Although Nigeria defeated Sierra Leone 2-0 when they first met 71 years ago, an own goal by Sierra Leone’s Ashman was Nigeria’s first ever international goal. Tesilimi Balogun scored the second goal.

Super Eagles’ Assistant Coach and former Captain of the team, Joseph Yobo goes into the record book as the first player to score for both Sierra Leone and Nigeria in a competitive series. Yobo scored Nigeria’s lone goal in the 1-0 defeat of Sierra Leone in Freetown in a 7 June 2008 World Cup qualifying match. In the reversed leg played on 11 October 2008 in Abuja, same Yobo scored an own goal in the 4-1 defeat of Sierra Leone.