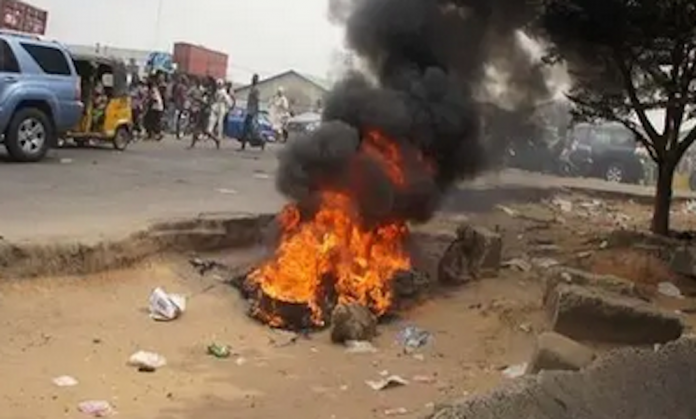 However, one of the suspects managed to escape from the scene, according to an eyewitness.

The hoodlums, it was gathered, allegedly shot and wounded a teacher working with the Army Day Secondary School, Effurun.

They allegedly snatched and carted away hand bags containing about N200,000 from the teacher Opposite Jowil by Okoloba junction.

The robbers, who took advantage of the absence of policemen on the roads, allegedly operated in a tricycle popularly known as “keke” also headed to a drinking spot near the Ekpan Police Station, where they again dispossessed another set of people of their mobile phones and other personal effects.

“It is from there, they were chased to the refinery junction where they were apprehended and seriously beaten before they were set ablaze by angry mob,” the source said.