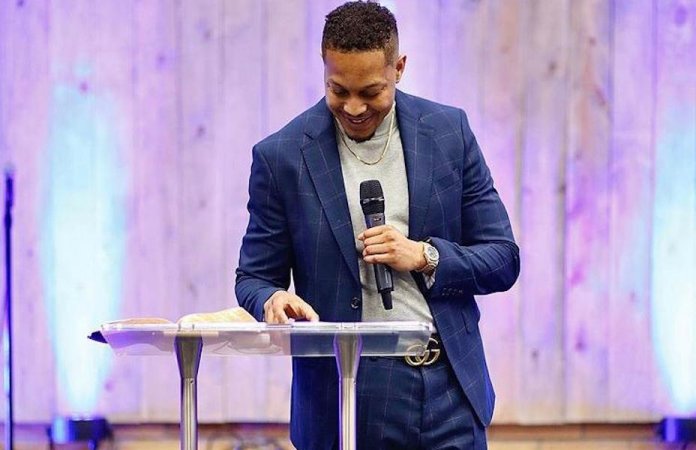 From the clubs, red carpets, stage lights and all the trappings of a successful musical career to the podium of God’s altar, Prophet Lovy Elias is a man who has been blessed to experience both worlds.

Born and raised in Nairobi, Kenya, to Congolese parents, and a long line of East African/Congolese musicians like his late grandfather Vicky Longomba, his father Lovy Longomba and his uncle Awilo Longomba, a prominent soukous super star. It was expected he would follow in their footsteps, so it was no surprise when he alongside His brother Christian and a cousin formed the Afro-fusion hip hop trio ‘The Longombas’. The group enjoyed success, on the East African music charts landing several awards and touring before he relocated to the US in 2007.

It was in the States that his spirit began stirring again with a vision he had at the age of six to serve God as his prophet and pastor. So he began holding house fellowships and Bible study groups and before long, what started with a couple of people grew to over 100 strong believers. And just like the mustard seed, the Revelation Church of Jesus Christ was planted and today it has grown in leaps and bounds. From his base in Los Angeles, California, Prophet Lovy who doubles as a life coach and counselor as well as a pastor teaches the word of God and restoration of families. He is followed by thousands across the world and is joined virtually across the world every Thursday on his website and across his social channels for fellowship and Bible study session.

A Grammy nominated producer/songwriter, Lovy Elias loves to be in the studio working with talented artists, producing or writing. He is also a philanthropist and an entrepreneur.