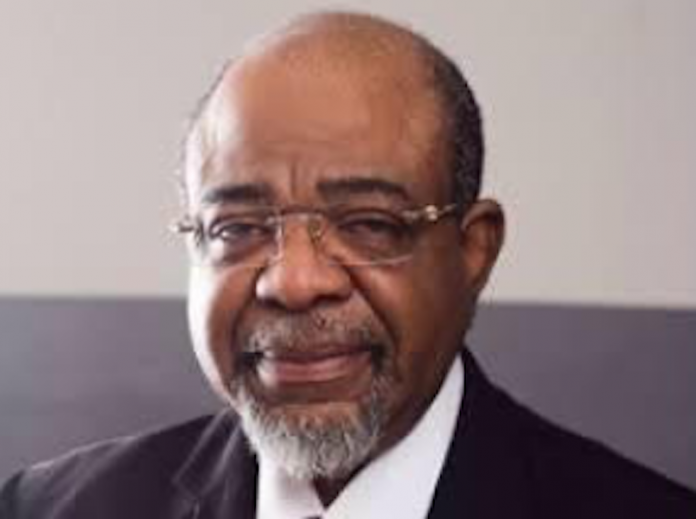 Annually, a huge number of Nigerians travel abroad for medical tourism, especially Cardiothoracic surgeries,thus encouraging capital flight. To change that narrative, the Lagos State University Teaching Hospital has been carrying out such surgeries at an even cheaper rate. Rebecca Ejifoma, who chronicled some of the success stories writes

For years, thousands of Nigerians have relentlessly travelled abroad for medical interventions, an act that portrays the nation’s healthcare as inferior. In the light of this, curbing the alarming trend of medical tourism in Nigeria may take a while even though COVID-19 brought it to a screeching halt this year.

Annually, estimates show that over 500 Nigerians travel abroad – India, US, UK, Turkey, France, and other countries, with a whooping $1 billion spent.

Their reasons for patronising medical systems abroad are not unconnected with the fact that the nation’s health system is poorly if not one of the least funded, attitude of health workers, poor infrastructure and lack of manpower among others.

Sadly today, as seen on new and mainstream media, some Nigerians go to the extent of appealing to public for funds or sponsorship to go for surgeries abroad.

This year, however, Nigerians have taken to social media to laud the Cardiothoracic team at LASUTH for performing successful open-heart surgeries among others.

One of such successes recorded this year is that of Abiodun Omotayo, who would have topped the number of medical tourists abroad but for the timely intervention of LASUTH. The 22-year old graduate of International Relations from Oduduwa University, Ile-Ife, Osun State, was billed for a surgery abroad for N50million but later got it done for N3million at LASUTH.

In a video which has gone viral on social media, the 22-year-old gave reasons Nigerians should trust its medical experts and shun medical tourism after he was diagnosed of pneumatic heart disease in Nigeria.

“I just finished my NYSC this May 2020. I fell sick early this year. I was admitted in Lagos University Teaching Hospital (LUTH). The doctor discovered I had pneumatic heart disease which had damaged the valve in my heart and I needed to undergo a surgery to replace the valve,” he said.

In the words of the International Relations graduate, the doctors had told him the surgery would cost N50million to go abroad. “But the Manager of the Kanu Heart Foundation, Dr. Anyanwu, introduced me to Dr. Bode Falase, a Senior Consultant and Senior Lecturer in LASUTH, who said he would carry out the surgery for a lesser price, which would not be more than N3million”.

And Falase’s words were backed with actions that turned out successful. “To God be the glory, he performed the surgery with his cardiology team on September 28, this year”, Abiodun revealed.

While recognising God’s hand in the successful surgery, Abiodun also thanked the doctor, Falase and his team for a job well-done. “I want to thank Dr. Falase and his team, the Lagos State Governor, Mr. Babajide Sanwo-Olu and the Lagos State government too. LASUTH is a place to be. It has good facility and equipment. The doctors and nurses are friendly; they are pleasant and accommodating. Now I’m fully recovered and I’m back home. I’m still looking for a job”.

Adding her voice, Abiodun’s mother, Mrs. Omotayo, appreciated God and the doctors on her son’s behalf.

On Twitter, eulogies were showered on LASUTH for gradually changing the narrative with successful surgeries done. Corroborating, a mother and daughter have chorused Abiodun’s words.

The patient, 19 years old Joe-Imhanwa had a successful open-heart surgery, after she was diagnosed with a hole in the heart at the Lagos University Teaching Hospital (LUTH) Surulere, last November.

Joe-Imhanwa said, “The doctors would come and see me everyday even when I was moved to the general ward; the treatment did not reduce. Even when I left, the doctors were still encouraging me even when I did not feel like getting up.”

She, therefore, urged Nigerians, “Do not be discouraged. Do come to Lasuth. The facilities are amazing and the people there will make your feel you are walking in the air,” she chuckled.

Following the successful operation on October 20 this year, the mother, Mrs. Harriet Iziehi, took to Twitter to narrate her boundless joy. “We celebrate your love for humanity, Dr. Falase and the staff.”

The elated mother further urged Nigerians to patronise LASUTH, adding that with the facilities there now all hope is not lost in the country’s health sector.

A Twitter user, Ayanfe Eledumare, who showered encouraging words on the hospital said: “A beacon of hope and good news in the midst of the chaos. I believe in the Nigerian dream and I know God loves us and that things will get better. God will bless all those who want the best for Nigeria. LASUTH surgeons, God bless you and more grace to do more grace to do more for humanity.”

While others like Oreoluwa and Lilly hailed LASUTH with “Up LASUTH” expressions in their tweets, another Twitter user, Black Chili Pepper and Pancake Plug, described LASUTH as great. “That’s why most facilities refer to LASUTH.”

Again, another Nigerian, Mr. Kachy Ben Nnagha, took to Twitter to lend his voice. “Falase, great personality, excellent surgeon. I always wondered what his drive was. I wish we could celebrate more of our distinguished professionals who’re defying the odds to do great things.”

Reacting to the video of the successful open-heart surgery that had since gone viral, the Chief Medical Director of LASUTH, Prof. Adetokunbo Fabamwo, said, this is not the first time that they are doing open-heart surgery.

He explained, “This video that has gone viral caught us unawares. This was not the first case of open-heart surgery we have been carrying out in LASUTH.”

According to the CMD, the Cardiothoracic team lead by Prof. Falase has been carrying out open-heart surgery without any external assistance or expatriates or people in the diaspora for about a year now.

“So, even though we are happy that a satisfied and fulfilled mother came out to tell the good story of what is going on in LASUTH, it’s not new. The story of open-heart surgery dates back to so many years when we used to have missions coming in from the US, the UK work with our people on few cases and go back,” he recalled.

In Fabamwo’s perspective, “When we assumed office it was clear to us that that could not go on. I was not comfortable with too much with people coming in and going. I believed that we had to make open-heart surgery locally sourced. Our surgeons and nurses and others who involved in open-heart surgery will have enough credit if you were to do it all alone.”

Following his decision, the CMD ensured that the missioners who came made a deliberate effort to teach their surgeons and nurses unlike before when they would just come, do their thing and go.

He added, “This time we made sure our staff learnt from them. We have been on our own for quite a while now. We have done quite a number of open heart surgery cases successfully.”

Fabamwo said they also encouraged collaborations with one or two establishments that carry out open-heart surgery. LASUTH collaborates with groups in Babcock University, Reddington Hospital, and also First Cardiology clinic.

This has changed the story of LASUTH. “With that, we have been able to ensure that staff acquire skills to be able to stand on their own,” he hinted.

Today, both Abiodun’s and Joe-Imhanwa’s success stories are coming on the heels of the Lagos State government’s decision to renovate and upgrade surgical emergency facility among others in 2018.

This has been one of the reasons medical experts have clamoured that if Nigeria should have a robust health system with standard equipment then her citizens may not look for treatment abroad, which even breaks their banks compared to the amount if done in the country.

In this regard, LASUTH is beginning to reverse medical tourism with its newly equipped facility and the professional services of its surgeons.