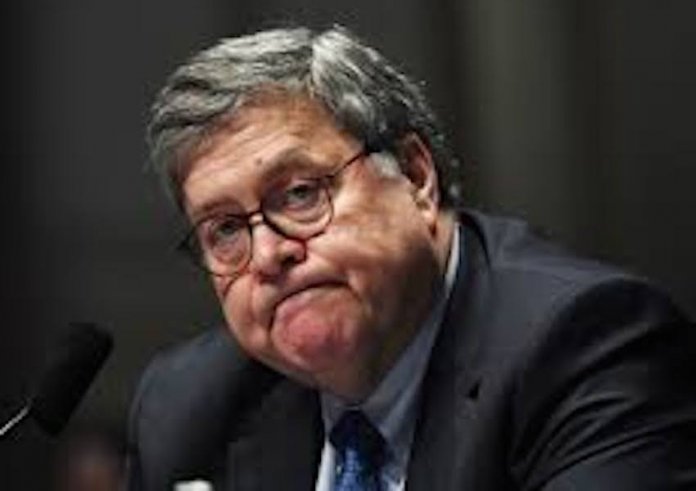 US Attorney General, William Barr, has authorised the Justice Department (DOJ) to look into the claims of voting irregularities made by incumbent President Donald Trump in the 2020 presidential election.

The Attorney General made the authorisation in a memo he signed and addressed to US Attorneys; the assistant attorneys general for the DOJ’s criminal division; civil rights division; the national security division; and the director of the Federal Bureau of Investigation (FBI), Christopher Wray.

“Now that the voting has concluded, it is imperative that the American people can trust that our elections were conducted in such a way that the outcomes accurately reflect the will of the voters,” the memo read.

The memo comes after 39 House Republicans sent a letter to the Attorney General pressing him to allow available DOJ resources to look into allegations of voting irregularities across the country in several key states.

The President Donald Trump campaign has filed a number of lawsuits in some of those states where the incumbent believes he had won “massively.”

The Attorney General noted that although states are primarily responsible for the conduct and supervision of elections, the DOJ has “an obligation to ensure that federal elections are conducted in such a way that the American people can have full confidence in their electoral process and their government.

He said concerns that overt actions taken by the DOJ in this case are greatly minimized, since the voting has concluded.

He also said he has already authorized the DOJ to pursue substantial allegations of voting and voting tabulation irregularities in specific instances.

“Given this, and given that voting in our current elections has now concluded, I authorize you to pursue substantial allegations of voting and vote tabulation irregularities prior to the certification of elections in your jurisdictions in certain cases, as I have already done in specific instances,” he said.

He said inquiries and reviews may be conducted if there are clear and apparently-credible allegations of irregularities that, if true, could potentially impact the outcome of a federal election in an individual state.

He said his authorisation should not be taken to mean that voters irregularities as claimed by Trump and his party has affected the outcome of the election,

“I provide this authority and guidance to emphasise the need to timely and appropriately address allegations of voting irregularities so that all of the American people, regardless of their preferred candidate or party, can have full confidence in the results of our elections,” he said.

The US presidential election was majorly a battle between the incumbent President and candidate of the Republican Party, Donald Trump and Joe Biden of the Democratic Party.

Although the winner of the election has not been officially declared, the media on Saturday projected Joe Biden as the President-elect after he scored over 270 electoral college votes

The branch director, Richard Pilger, reportedly handed in his resignation within hours of Barr’s authorisation.

In an email to colleagues about Barr’s order, Pilger said, “Having familiarized myself with the new policy and its ramifications… I must regretfully resign from my role,” The New York Times reported.