The P-AADS is designed to complement the Accelerated Agriculture Development Scheme (AADS), earlier introduced by the apex bank to engage 370,000 youths in agricultural production, in collaboration with state governments as well as address the food security and youth unemployment challenges across the country.

Efforts at growing the economy also received a boost from the United Nations (UN) with the provision of $250 million for Nigeria’s Economic Sustainability Plan.

The CBN, in a circular titled: “Guidelines for the Private Sector-led Accelerated Agriculture Development Scheme,” signed by the Director, Development Finance Department, Mr. Yusuf Yila, said the scheme shall be funded from the Anchor Borrowers’ Programme (ABP).

The CBN pegged the maximum loan accessible under the scheme at N2 billion per obligor- and to be repaid from the Economics of Production (EOP) for cultivating on the cleared farmland.

The apex bank also stated that interest rate under the intervention shall be five per cent per annum (all-inclusive) up to February 28, 2021.

However, interest on the facility from March 1, 2021, shall be nine per cent per annum (all-inclusive), it added.

The framework also stipulated that the collateral be pledged by participants under the scheme shall be the title of the cleared land and other acceptable collateral prescribed under the ABP.

The CBN added that it will bear 50 per cent of the credit risk in the event of default by the participants while the repayment of the facility shall be made on instalment through the participating banks and spread over the EOP of the cultivated commodities.

The participating banks shall remit repayments received to the CBN on a quarterly or annual basis depending on the commodity financed.

The CBN listed the focal agricultural commodities eligible for consideration under the scheme to include rice, maize, cassava, cotton, wheat, tomato and poultry.

Others include fish, sorghum, oil palm, cocoa, livestock/dairy and any other commodities as may be listed by the CBN from time to time.

On the eligibility criteria, the apex bank stated that prospective P-AADS participants must be existing or new firms engaged in agricultural production with proven capacity and bankable proposal; possess the acceptable title for contiguous lands of not less than 20 hectares; have good credit record and be able to provide collateral for participation.

The beneficiary will also provide evidence of the capacity to cultivate a focal commodity directly or engagement of farmers, including youths as in-growers or out-growers to cultivate on the land after clearing.

The guidelines specified infractions and sanctions against participating parties.

According to the CBN, diversion of funds by the participating banks shall attract a penalty at its maximum lending rate at the time of the infraction.

In addition, such PFI shall be barred from further participation under the scheme.

The CBN said any participating bank that fails to disburse the fund within the stipulated days of receipt to the borrower shall be charged penalty interest at the PFI’s maximum lending rate for the period the fund was not disbursed.

Also, failure to remit repayments received to CBN within the stipulated period shall attract penalty interest at the PFIs maximum lending rate.

The United Nations (UN) has boosted Nigeria’s Economic Sustainability Plan with $250 million.
The offer, which is aimed at complementing Nigeria’s COVID-19 economic recovery efforts under the Nigerian Economic Sustainability Plan (ESP) initiative, was hailed by Osinbajo at the launch of the United Nations Plus Offer for Socio-Economic Recovery in Abuja.

The offer was made by the UN Deputy Secretary-General, Ms. Amina Mohammed, and top officials of the world body, as an initiative of the UN in Nigeria as well as the Nigeria Development Partners’ Group.

Highlighting a breakdown of the proposed use of the money, the statement said the offer would mobilise about $250 million with $13.78 million earmarked for the provision of a fund to develop health response system; $53.3 million to protect people; $30.7 million for macroeconomic stability and economic recovery and $26.6 million for social protection to assist communities in building back better.

Osinbajo stated: “I think that the offer aligns with the government’s Economic Sustainability Plan.

It seeks to mobilise close to $250 million and will provide targeted support to the development of health response systems ($13.78 m); protecting people ($53.3); macroeconomic stability and economic recovery ($30.7); as well as social protection ($26.6m) to assist communities in building back better. Rallying support and thinking through a programme such as the UN Plus Offer for socio-economic recovery is a demonstration of the kinship that we developed with our partners and the United Nations.”

Earlier, Mohammed had said the launch of the initiative was a demonstration of an effective partnership between the UN system and the administration of President Muhammadu Buhari.

According to her, various components of the initiative will expedite interventions in four key areas which are also being addressed under the Nigerian Economic Sustainability Plan.

“This offer is aimed at supporting Nigeria in its immediate efforts at risk mitigation by cushioning vulnerable communities, and through medium-term measures that will aid socio-economic recovery while addressing structural drivers of exclusion, inequalities and discrimination as a component of recovering better,” she said.

The statement also quoted the United Nations Development Programme (UNDP) Resident Representative and Chair of Nigeria Development Partners Group, Mr. Mohammed Yahya, as saying that the offer is in response to the UN Secretary General’s call for action, noting that the offer was conceived to support the government’s action on post-COVID-19 medium-term socio-economic recovery. 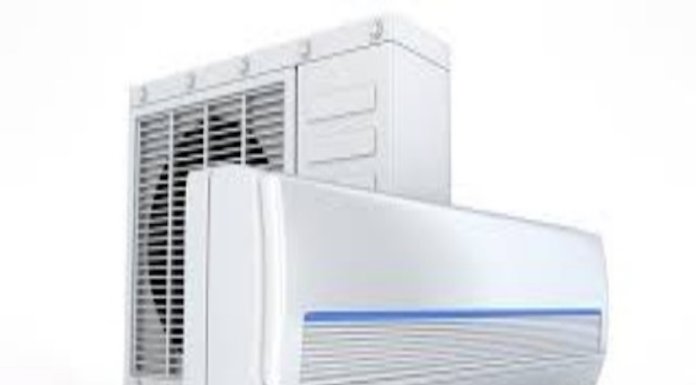