Inadequate funding, is one of the key concerns about Police reform. Although outside help is needed, the basic responsibility for reforms rests with the Federal and State Governments and Institutions. The importance of this point should not be under-estimated. No programme of funding for the Police will accomplish meaningful change or be sustainable, if it is conceived or imposed from abroad. Development Partners have played a significant role, in pushing the agenda for justice sector reforms in Nigeria. They have brought the much-needed practical and technical advice, as well as the financial resources for training and pilot projects. They have supported civil society groups with focus on Police reforms, and alerted the Federal and State Governments on the steps needed to maintain reform. A well functioning and trustworthy Police and broader justice sector, is not only important to individuals, but to the development of the nation.

The British Council and Police Reform

The British Council has had a long and constructive relation with Federal and State Governments, in the area of Police reform. From its work with communities across Nigeria over many years, the British Council believes that the quest for Police reform is rooted in an aspiration to make life better in Nigeria for all, and to reflect the evolving needs of its communities. The British Council has implemented three main programmes of justice and security reform support, from 2002 to date. These are, the Security, Justice & Growth Programme, the Justice for All Programme; and the Rule of Law and Anti-Corruption (RoLAC) Programme

With key stakeholders, the British Council developed a community policing strategy focusing on answering the needs of the community, and improving Police service standards. Twelve Model Police Stations have been established in Lagos, Enugu, Niger Kano, Kaduna, Jigawa and the Federal Capital Territory, including Family Support Units to support victims of gender-based and domestic violence. As a result of the interventions, community satisfaction with the Police has risen (by more than 15 per cent in some States) in their first year of operation.

The Council, through its grant fund for civil society organisations, has also helped establish two Sexual Assault Referral Centres, the Mirabel Centre in Lagos, and the Tamar Centre in Enugu. In its first year of activity, the Mirabel Centre dealt with over 270 clients. These centres provide a range of services, to clients who have suffered sexual assaults. The programme is actively pursuing the establishment of further centres, in other focal States.

Support has been provided to improve the performance of the Voluntary Police Services (neighbourhood protection guards and vigilante groups) in Model Police Station jurisdictions. Community Accountability Forums have been set up, and have resolved nearly 80 local safety issues in the first year across six sites in Lagos, Kano and Enugu.

Others Areas of Intervention

Additional areas of intervention by the British Council on Police reform:

b. Introduction of “community-based policing” through working in over 130 Police stations;

d. Raised the capacity of 56 Voluntary Policing Sector (VPS) groups across six States and the FCT;

f. The passage of the new Police Act to replace the 1945 colonial law;

g. Building capacity for the Inspection of places of detention (including SARS’) by Magistrates in line with ACJA;

h. Piloting the establishment of Statement Taking Rooms in Police stations in the FCT and Anambra and Lagos States, with audio visual facilities to deter the use of torture to obtain confessional statements from suspects;

i. Facilitated institutionalised Human Rights desk in all Area Commands, to ensure compliance to human rights provisions for all Nigerians

Provide the Police what they need

• Reform backed by resources: since the return to civilian rule in 1999, several Police Reform Committees have been set up. Among their recommendations, funding the reform has appeared consistently. However, the current decrepit state of most Police facilities across the country, shows either we are still not resourcing the Police well; or the resources are being misused. Whichever, it tells that we have in the past not mustered sufficient political will to sustain Police reform. To get a better output from the Police, our input will need to change significantly
• Decentralise policing through resource allocation: The primary responsibility of the Police, is to serve the people by protecting their lives and property. The most important unit of the Nigeria Police to serve the majority of citizens, is the Police Division. Sadly, the divisions have been left to fend for themselves. The result is that, the type of service expected of the Police is never available; its integrity is brought to question; and it loses respect, the one commodity it needs to stamp its authority in the public space. For these important Police units to properly function, they must be empowered. Resource allocation in the Police, should be decentralised to meet their basic needs for service to the people.

• The Police has a long list of external oversight structures, including the Police Service Commission; The National Human Rights Commission; the National Assembly; and most recently the judiciary. These bodies must be allowed to function unfettered, to improve accountability in policing. The Administration of Criminal Justice Act, for instance, provides for Magistrates and Judges conducting periodic inspection visits to places of detention including Police facilities. In the FCT, following capacity building of Magistrates, and orientation for Police DPOs, inspection visits commenced with remarkable success. In December 2019, following the inspection visit of Magistrates in the FCT to the SARS facility, over 200 detainees were transferred to correctional facilities around the FCT. But, this provision though in the ACJ Laws of various States is not being applied to maximum benefit, to improve Police and law enforcement services
• There should be community centred approach to police oversight. This should not just be the establishment of structures and processes for consulting local communities about their policing priorities and problems; but should also include a Police accountability forum, which can be convened as town hall meetings to address public concerns on Police performance, conduct and excesses. 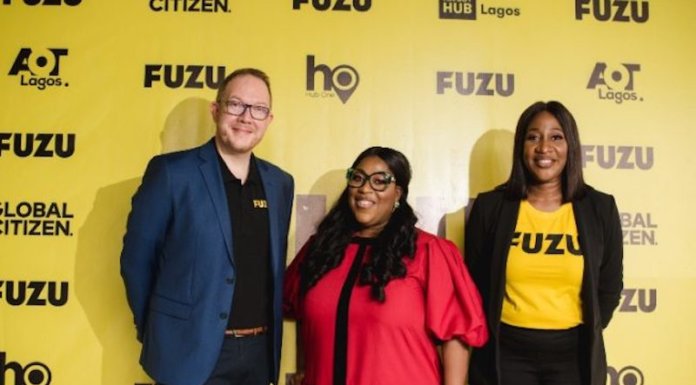