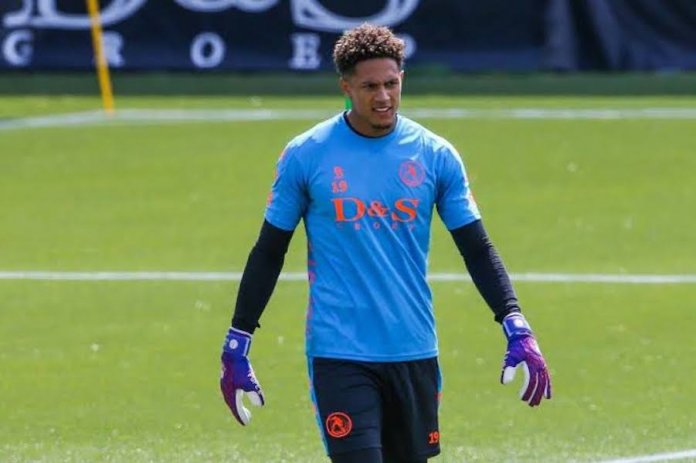 Super Eagles AFCON 2022: camp in Benin City is expected to roar into life today as Nigerian internationals stream into the Edo State capital for the clash with Leone Stars of Sierra Leone on Friday at the Samuel Ogbemudia Stadium.

Onyeka picked up the injury in his team’s 4-0 win at FC Copenhagen in a Danish Superliga game on Sunday. He is expected to be sidelined for minimum of three weeks, his club’s medical team confirmed yesterday.

The former Bursaspor of Turkey right back Abdullahi made his Europa League debut in Omonia’s 2-0 loss to Ramon Azeez’s Granada.

The last time Abdullahi donned Eagles color was in October 2019.

He was introduced as a stoppage-time substitute in Nigeria’s 1-1 draw against Brazil in Singapore.

While the likes of Kelechi Iheanacho, Ahmed Musa, Oghenekaro Etebo and Paul Onuachu are expected in Benin today for Rohr to have full complement of his players to begin training ahead of the Friday clash with the Leone Stars, Sparta Rotterdam’s Maduka Okoye was the first and only Eagle at their Eterna Hotel camp last night.

Super Eagles head into Friday’s match against Sierra Leone at the Samuel Ogbemudia Stadium as Group L leaders having won their first two games against Benin and Lesotho.

They are scheduled to play the reverse fixture in Freetown on November 17.

Meanwhile, the Confederation of African Football (CAF) has ruled that no journalists or supporters would be allowed inside the Samuel Ogbemudia Stadium for the clash with Sierra Leone as part of Covid-19 protocol to avoid spread of the virus.

In the guidelines communicated to the Nigeria Football Federation, CAF instructed, under Media Operations, that there would be no mixed zone, virtual press conference only if possible (media officers from both teams only), and that only the TV channels with the rights will be allowed flash interviews.

Also, only photographers of participating teams would be allowed at the match.

NFF’s Director of Competitions, Bola Oyeyode said yesterday that only individuals accredited by the NFF would be allowed inside the Ogbemudia Stadium for the Day 3 qualifier, which will kick off at 5pm Nigeria time.