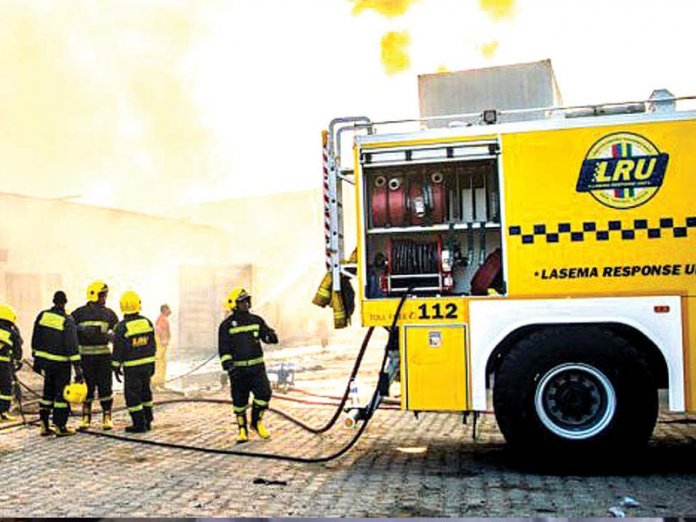 A team of emergency responders from the Lagos State Emergency Management Agency (LASEMA) has moved the fallen petrol-laden tanker off the Festac Link Bridge to allow free flow of traffic.

The fallen tanker was said to have blocked 100 per cent of the bridge, thereby, causing heavy traffic.

Speaking exclusively to THISDAY, the Director of Operations, LASEMA, Engr. Akinsanya Olatunde, confirmed that the impediment had been taken off the accident scene in its recovery operations at past 12am Monday.

“We have moved the impediment of the tanker that blocked 100 per cent of the link bridge. There was heavy traffic there before, but now the road is free,” he said.

The tanker laden with 33,000 litres of petrol had on Sunday fell on the Festac Link Bridge and spilled its content.