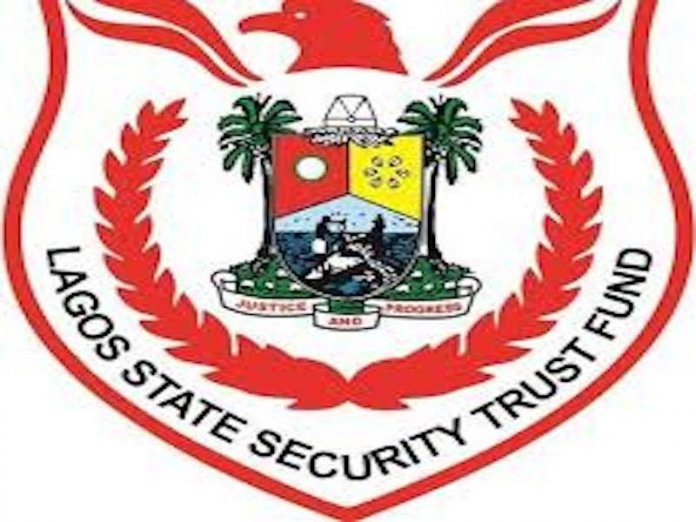 Nearly all law enforcement agencies in Lagos State have lamented the rising cases of cult violence, land grabbing, political thuggery and unemployment rate, describing them as core threats to security of lives and property in the state.

However, the agencies have recommended pro-people measures, use of technology, deployment of drones for aerial surveillance and monitoring youth activities on different social media platforms as new strategies for containing the new waves of insecurity in the post-lockdown Lagos.

They made these recommendations at a one-day high level security workshop held in Lagos on Thursday under a theme, “Securing Lagos State during and after the COVID-19 Pandemic Lockdown: Preparing for the Unknown.”

The workshop was organised by the Lagos State Security Trust Fund (LSSTF) in collaboration with LinkLegal Consulting (LLC), a general legal practice firm that provides investment support services to foreign and domestic investors in the country.

Making its presentation at the workshop, the DSS identified cult violence, political thuggery, land grabbing and rising rate of unemployment, among others, as major triggers of insecurity in the metropolis.

It equally explained that cultism “is a major threat to public order and safety in Lagos State. Lagos is rated first after Rivers State. The cult activities have been rampant across the state. We must move fast to nip it in the bud.”

Citing the growing number of unemployed youths and political thugs, the service observed that it was difficult for the police to respond effectively during the #EndSARS protest.

According to the service, while police were completely decimated during the #EndSARS protest, the armed forces were overwhelmed because they could not be everywhere.

The service urged all law enforcement agents at the workshop to always observe the rules of engagement in managing security issues, noting that the use of firearms should be the last resort in responding to security challenges in any part of the state.

Also, the presentation of the Nigerian Army (NA) shared DSS’ position on the increasing rates of poverty and unemployment, especially among the youths.

On this ground, the army recommended pro-people measures, which it argued would increase more opportunities for a larger part of the population.

According to the army, any other approach would be counter-productive in the post-lockdown era, especially with thousands of youths that had been laid off.

In its own presentation, the taskforce acknowledged that managing the EndSARS protest was a real challenge for all law enforcement agents in the state.

The taskforce emphasised the need “to take advantage of social media to gather intelligences. The youths are so organised. They interact a lot on social media. As a matter of fact, they coordinate themselves using social media tools.

“We must put machinery in place to follow youths on different social media platforms. The youths are very sophisticated and they are far ahead of us in terms of technology. If we effectively follow them, we can gather a lot of useful information from the social media space,” the taskforce said.

The Nigerian Air Force, in its presentation, said there was no picnic yet because the #EndSARS had subsided or because there was relative order.

It pointed out the need for all security agents “to get to work and protect Lagos and its teeming population. To achieve this goal, we must deploy technology.

“All security agents on duty should have radio communication. We require this gadget for integrated communication among security operatives in the state. We must adopt the use of drones for surveillance.”

In his opening remarks at the workshop, the Chief Executive Officer/Managing Director, LinkLegal Consulting, Prof. Ademola Abass emphasised the need for law enforcement agencies to be proactive in responding to security issues in the state.

During the lockdown, Abbas explained that Lagos witnessed “an unprecedented level of disruption to daily lives of its people and an incredible tension between the security agencies and the citizens across the state.

“While Lagosians expected the security agencies to effectively protect them during the lockdown, those agencies were totally overwhelmed and suffered greatly from inadequate resources and infrastructure needed to deal with the lockdown fallouts.”

With this scenario, Abbas said the workshop was designed “to bring together all the security agencies in Lagos State to have frank and open assessment of the challenges they confronted during the COVID Pandemic lockdown, as well as understand their challenges in the discharge of their statutory duties generally.”

Welcoming the participants to the workshop, LSSTF’s Executive Security, Dr. Abdurrazaq Balogun acknowledged that the lockdown was attended by many developments, including majorly a spike in crimes that have previously bedeviled the country.

Balogun said there was acute tension in the land “as people who largely depended on daily wages struggled to survive. Professional workers had to forego substantial parts of their salaries, for those who were paid during that time, while hundreds of thousands were furloughed.

“The entire government came under an unprecedented pressure to respond to the people in dire needs. The security agencies, in particular, had a great task of maintaining the peace in an environment that many unknowns were being unleashed. “

He observed that the pandemic only added “to the various challenges that Lagos State has to grapple with. Recently, the otherwise peaceful ENDSARS protests witnessed diffusion by elements that wrought untold havoc on Nigeria in general but Lagos State in particular.”