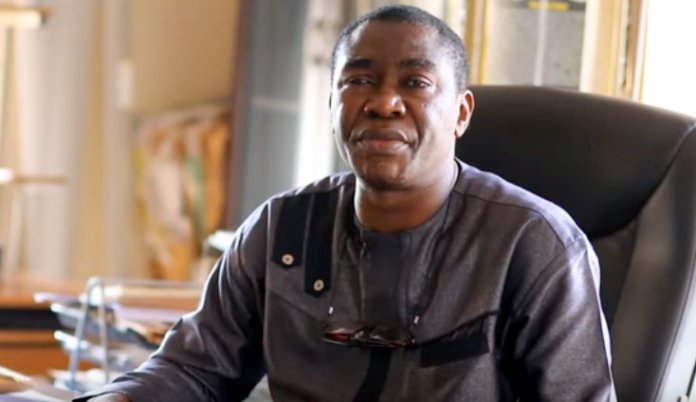 The suspension was contained in an internal memo the Secretary to the Government of the Federation (SGF), Mr Boss Mustapha addressed to the Minister of Science and Technology Ogbonnaya Onu.

In the memo dated November 5, the SGF urged the minister to ensure that the director-general complied with the suspension.

The SGF also directed that the Chairman of the Governing Board of the institute, Mr Daniel Onjeh, should step aside.

In addition, he also ordered that the most senior director in the agency should superintend over its affairs until all investigations into the allegations against Agulanna are concluded by the Office of the Secretary to the Government of the Federation (OSGF).

The memo, with reference number SGF.6/S.19/T/211, a copy of which was sighted by THISDAY yesterday is titled; Re: Suspension of the Director General and Stepping Aside of the Chairman, Project Development Institute (PRODA).

“I write to convey the approval of Mr. President as follows: the immediate suspension of Engineer Dr. C.N Agulanna, director-general/CEO of the Project Development Institute (PRODA), Enugu, pending conclusion of investigation;

“The immediate stepping aside of comrade Daniel Onjeh, the chairman, governing board of the Project Development Institute (PRODA), pending conclusion of investigations,” the memo read in part.

The memo was issued by Mustapha in response to the preliminary report by PRODA’s governing board on the findings into the allegations made against the DG and as a follow up to another memo by the board to Onu, dated June 25, where it recommended that having established a strong case against Agulanna, he should be suspended for six months pending the conclusion of the task before a disciplinary panel set up on the matter.

President Buhari had in a memo, dated October 9, 2020, ratified the request by Mustapha to suspend Agulanna, who had been in charge of the agency since 2012, pending the conclusion of investigations into the allegations against him.

The SGF, in the request to the President titled; “Re: Recommendation for the Suspension of the DG/CEO of PRODA.” sought Buhari’s approval for the suspension in paragraph 12 of the memo.

In the paragraph, the SGF asked the President to consider and approve the immediate suspension of Agulanna and the immediate commencement of the independent investigation proposed by his office in compliance with Circular Ref No SGF/OP/I.S.3/T/163 of May 19, 2020 given that a prima facie case had been made against the DG in addition to the need to ensure that the investigation process is fair, independent and thorough.

The allegations against the embattled PRODA DG, bordered on contract splitting, absence from duty without leave, insubordination, nepotism, misappropriation of funds and disregard for board resolutions. He was accused of suppressing vital information, sabotage, and extortion of money from contractors as administrative charges.