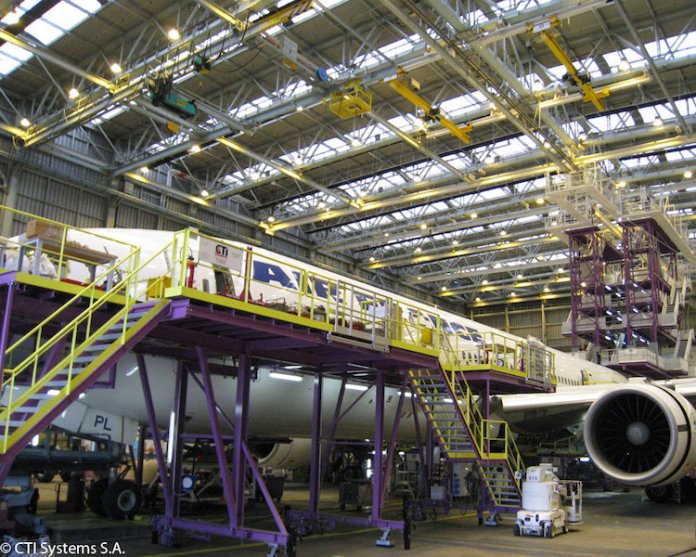 Government said this was part of its efforts to optimise business opportunities in the Nigerian aviation value chain. The government had earlier requested for pre-qualified bidders to submit their bids in response to the Request for Proposals (RFP) for the establishment of an Aviation Leasing Company (ALC) and establishment of a Maintenance, Repair, and Overhaul (MRO) centre at the Nnamdi Azikiwe Airport, Abuja.

According to information from the Ministry of Aviation, the bidders who had already bided for these projects were qualified having passed the Request for Qualification (RFQ) stage of the procurement process, disclosing that the RFP submission deadline closed on Friday, October 30, 2020 and Tuesday November 3, 2020, respectively.
The Ministry said the evaluation of the bids commenced immediately, after which the preferred bidders would be announced and invited for contract negotiations.

“Thereafter the Full Business Case will be developed and submitted to the Federal Executive Council for approval and subsequent agreements will be signed between the investors and the Federal Government of Nigeria represented by the Ministry of Aviation,” the Ministry said.

According to the Federal Ministry of Aviation, the objectives of the projects are multi-pronged.
“These include curtailment of capital flight, easing the leasing process for domestic airlines, encouraging foreign investment (FI), enhancing technology transfer to Nigerians, improving aircraft maintenance turnaround time, localizing aircraft maintenance in compliance with regulation, and generally develop the aviation sector in the country,” the Ministry also said.

The Ministry explained that there is no Aviation Leasing Company in Africa at the moment, as the existing ones are owned and run by major international lessors who are reluctant, and rightly so, to lease aircraft to African airlines due to the perceived risks, principally revenue, maintenance and legal risks.

“For the Maintenance, Repair and Overhaul (MRO) facility, which will be sited at the Nnamdi Azikiwe International Airport, Abuja, the plan is to have in place an independent MRO facility that will cater to West and Central Africa market. Also importantly, the MRO facility will service the proposed National Carrier and the Aviation Leasing Company.

“The business justification for the proposed MRO is the fact that there is no facility of this nature in West and Central Africa to address aircraft maintenance challenges. Most airlines in Africa ferry their aircraft overseas for maintenance and the huge cost of scarce hard currency is enormous,” the Ministry also said.

According to Catamaran Nigeria Limited, one of the transaction advisers for the projects, the proposed ALC will be structured as a Joint Venture (JV) between the Federal government and the private investor.
The business model would be, in the short term, to lease aircraft from international lessors and subsequently sub-lease to African airlines while long-term plan is to acquire, own and lease aircraft directly to African airlines.

“The proposed MRO which will also run through Public Private Partnership (PPP) using the Build, Operate and Transfer model is expected to have the capacity to service both Narrow Body (Jet and Turboprop) and Wide Body aircraft.

“Government, on its part, is willing to support the initiatives by establishing a Free Zone at the airports and has initiated the process for approval. The MRO will also enjoy maintenance exclusivity for the proposed National Carrier and the Aviation Leasing Company as well as some land lease relief considerations,” the Ministry added.