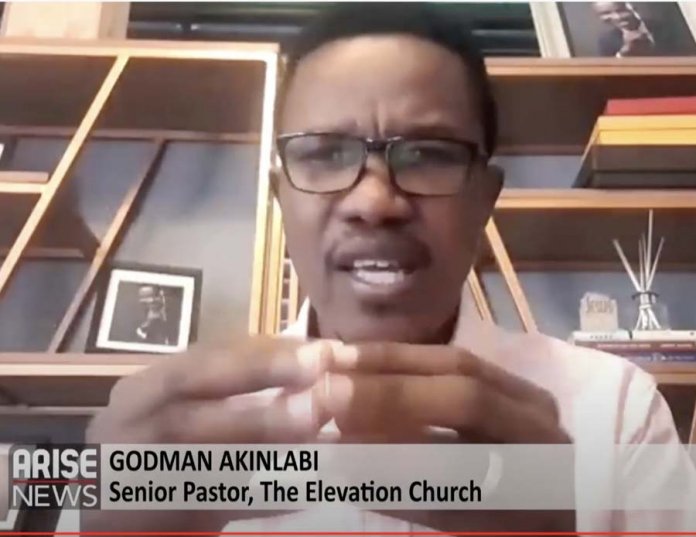 Epa Stevens
As the nation comes gradually but painfully to terms with the unrest that had engulfed its cities in recent times, many sociologists, historians and public administrators are reviewing the build-up to protest, the process that lead to the showdown and eventual outcomes for posterity.
Nigeria, a highly religious country with predominant Moslem and Christian populations, was brought to a standstill recently after members of the armed forces allegedly opened fire on protesters demanding for end to police brutality in Lagos.

It noteworthy that a Lagos judicial panel of inquiry set up to look into police brutality and related matters, on Saturday, suspended its sitting following the withdrawal of two youth representatives from the panel on the basis of their bank accounts being frozen. The Central Bank of Nigeria (CBN) has earlier obtained a court judgement to freeze the accounts of 19 individuals and a corporate entity for their roles in the #EndSARS protest.

As one reviews these events, it is interesting to observe the dedication and dutifulness with which some Christian leaders have continued to add their voices to the call for social justice in the nation. Several churches in the country supported the demands of the protesters whilst condemning the violence.

Few amongst the numerous Christian leaders that have spoken out in the past two weeks include Bishop David Oyedepo of Winners Chapel, Pastor Tunde Bakare of The Latter Rain Assembly, Pastor Godman Akinlabi of The Elevation Church, Rev Sam Adeyemi of Daystar Christian Centre, Pastor Enoch Adeboye of the Redeemed Christian Church of God, and Pastor Paul Adefarasin of House on the Rock.

Speaking during a recent interview on Arise TV in Nigeria last Saturday, Godman Akinlabi, one of the most vocal clerics on the EndSARs movement said while prayers were needed to heal the country in the aftermath of large-scale unrest, religious organizations need to speak out for the helpless, needy, and marginalized. “Religious organisations and leaders should be the conscience of the nation and prick the conscience of our leaders. What my conscience does to me is that it pricks me and makes me want to examine my ways so that I will choose the right path.”

While emphasizing that a truly religious society must be equitable, and run on the platform of justice, the charismatic pastor added, “What we have seen during these protests in general is that the country almost burnt to the ground because people were looking for hope and when that hope was not found they became seriously agitated. But the government must make this place conducive for the giving of hope.”

According to him, Justice, equity, and accountability in leadership are what will give the atmosphere of hope. Explaining how the church should bridge the gap between the haves and have nots in the society to forestall future mayhem, Akinlabi, who was one of the first pastors to lend a supporting voice to the EndSARS protests, said, “It is by playing our part as religious institutions to meet the needs of the youths, not just their spiritual needs, but also emotional needs, physical wellbeing, and the need for enlightenment and education.”
Known within and outside Nigeria for prioritised focus on social development, Pastor Godman Akinlabi and the Elevation Church have continued to reel-out one social development initiative to another in providing hope. The church has carried out several programmes to empower the youths.

Similarly, while speaking to former CNN correspondent, Isha Sessay, , Godman Akinlabi urged well-meaning Nigerians to persevere and not lose faith in the emergence of a greater Nigeria.
He explained that the pains currently being experienced by many are birth pangs of new beginnings. In his words, “the pain that we are feeling right now is like birth pangs, but you know what happens when it is protracted, when it’s a difficult delivery, it can lead to still birth and that’s what we are trying to speak against and pray against that in the birthing of a new Nigeria we will not experience a still birth.

“For any structure to change, for anything to be rearranged, it is going to be painful. Sometimes, it may be emotional, other times, it may be physical, but if we will persevere, we will see something different.
“ I am asking that everyone who has been hurt, everyone who is in pain. to please seek for comfort, seek therapy, seek prayers and let’s trust God to help us overcome the pain, but we need to persevere.” He added.
The Elevation Church’s interest in the Nigerian youth may have risen from the fact that its congregation is made up of 70 percent youths, according to Akinlabi, and has an entire parish or expression in Lagos dedicated to young people. The Church has carried out extensive programmes to empower thousands of young people. These include trainings, career fairs and business conferences to give youths access to opportunities.

Some of the profound initiative from the church that have touched the lived of thousands of Nigerians include the Ubomi Medical Outreach where there have been 7000 medical interventions for patients who did not have access to adequate medical services, and an extensive distribution of palliatives to the vulnerable during the COVID-19 pandemic; to the an international recognition for their good deeds towards inspiring a better society by an international magazine.
The Elevation Church has continued to distinguish itself as catering for more than the spiritual yearnings of the people, so strong is this commitment that the church recently jettisoned its own 10th year anniversary activities to focus on lending its voice to the call for transformative change in Nigeria.

In a press conference recently, the church also hinted of a mega hospital for the underserved, and has various programmes geared towards boosting leadership in Nigeria with the launch of its Pistis Life and Leadership Institute (PLLI), an initiative aimed at building a community of leaders to influence the world in different spheres of life including leadership development, governance & politics, enterprise development and ministry.
While reiterating the need to address the issue of inequality in Nigeria, the cleric sounded this note of advice:
“Any nation that is not concerned about the future of her young people is already failing.”