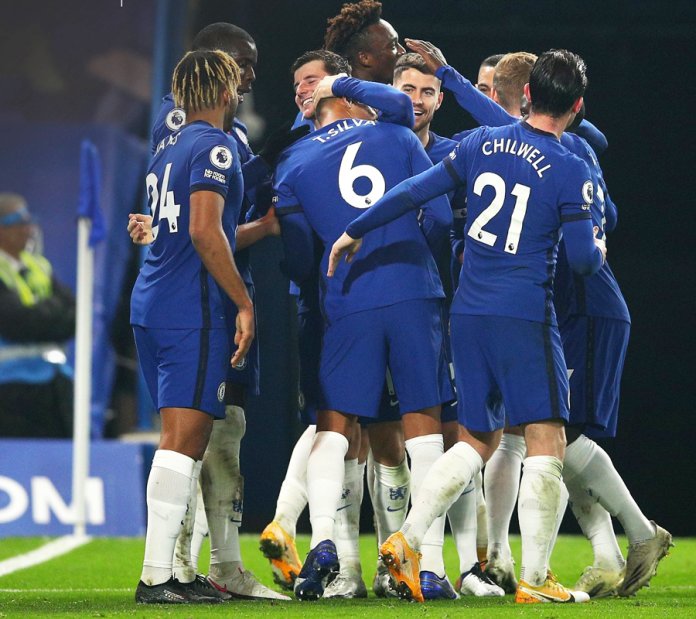 Chelsea came from behind to beat Sheffield United comfortably at Stamford Bridge, leaving the visitors bottom of the Premier League 4-1 on another frustrating evening for Chris Wilder’s side.

David McGoldrick gave the Blades the lead in the ninth minute with a deft flick from close range.

But Tammy Abraham’s scuffed half-volley bounced past Aaron Ramsdale for Chelsea’s equaliser, before Ben Chilwell touched in Hakim Ziyech’s cross at the back post.

Ziyech turned provider again after the break when Thiago Silva headed in his free-kick at the near post, before Timo Werner added a fourth.

The result leaves Sheffield United with one point from their opening eight matches, while Chelsea move up to third, a point behind leaders Southampton.

Meanwhile, Manchester United’s boss Ole Gunnar Solskjaer has alleged that the Red Devils were “set up to fail” by having their Premier League game against Everton scheduled to kick off early on Saturday.

Bruno Fernandes’ double eased the pressure on Solskjaer with Edinson Cavani adding the third goal in the 3-1 defeat of Everton.

“The kick-off time set us up to fail,” a visibly angry Solskjaer said. “We have been to Turkey, played loads of games this season already, we got back Thursday morning and we are playing Saturday lunchtime, it’s an absolute shambles.”

When asked if he agreed with his manager that it felt like the scheduling of fixtures was making it tough for Manchester United, captain Harry Maguire said: “It is strange, you have all those slots and the availability to play the game against Everton, who I am sure would have been happy to play whenever.

“To play in Istanbul on Wednesday, have a five-hour flight and then to play first thing Saturday morning, it is tough.”