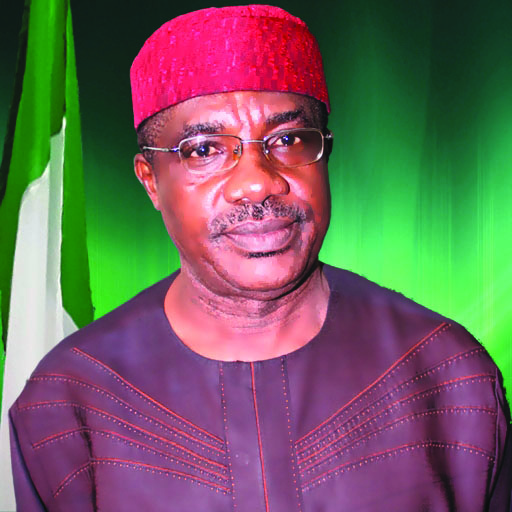 Abia state has produced some outstanding members of the National Assembly whose contribution, to their constituencies, state and nation cannot be overlooked for mediocrity and sheer mediocrity. The state indeed has not been so lucky when viewed against the background if good governance transparency and infrastructural development are the main parameters for measuring success

However, measuring successes of legislators are data driven and can be easily tracked; number of bills sponsored and passed, co-sponsored, number of motions, quality of debates by the National Assembly members as it is in every responsibility. Above all direct impact to the legislator’s constituency and socio-economic wellbeing is put into consideration despite the contribution of the lawmakers at the national level:

Performance appraisal is basically the periodic measurement of an employee’s productivity to the company or organization against the backdrop of his skills, key milestones and growth or lack thereof. The goal of performance appraisal is to address the following: To maintain records in order to determine compensation packages, wage structure, salaries raises, identifying the strengths and weaknesses of employees to place right men on the right job. It is driven by data- quantitative or qualitative, however successful performance appraisal focuses mainly on quantitative data because of its empirical nature. Political leaders are employees of the citizenry and can be subjected to the same periodic reviews of their performance.

Interestingly, since the dawn of democracy in 1999, it has been a sour taste for the people of Abia State who daily yearn for a government that can appreciate the fact that there is no rocket science in meeting the basic needs of electorates. Indeed, since the military returned to the barracks May 29, 1999, Abia cannot be grouped amongst the states who have been opportune to have governors who are not selfish, careless to the basic needs of the people. It has been insensitivity of the highest order when viewed against the background that those elected as Governors chose to develop their immediate constituencies more and neglect the basic needs and commercially viable areas.

For the people of Abia, Aba the Enyimba city that used to be the bastion of commerce and production could have seen the better of days if those elected as did not choose their towns against a city that ordinarily could have been a high revenue earner and place the state among the high earners outside oil. The state of Aba is so deplorable that it looks like the people have been forgotten, that one with roots in Aba feels the place may not get back to those old days any longer. Between those that has been in charge of the affairs of the state, it has been recurring decimal of bad Governance from the first Executive Governor who interestingly could rightly be tagged an Aba boy to the present Governor who is from the same Senatorial zone and doing his second term in office, it is worrisome to note that he may not have much to offer, although may want to disagree.

Even with the oil revenue accruing to the state, it has been stories of missed opportunities and callous executives, who chose to take care of themselves rather than the people they govern. They care less and don’t give a damn how the people feel. Where they attempted to do something, it was substandard and one feels that the state capital looks more like a Local Government headquarters as if other states who receive far less from the FAAC and generate little or nothing internally are not in Nigeria.

For the legislators at the national level, and the Senate in particular, only three including Senator Mao Ohuabunwa, who started from the House of representatives up to the Senate before he was rigged out of a second term, late Senator Uche Chukwumerije, and to an extent General Ike Nwachukwu who served for just one term and Enyinnaya Abaribe, the Minority Leader who is easily regarded as one of the strongest voices and has never disappointed. Except some former members of the House of Representatives and few current members, others chose to put up mediocre performances.

For Ohuabunwa , the Arochukwu born businessman, Senator for Abia North Senatorial District in the 8th National Assembly having served in the 4th and 5th National Assembly as member representing Arochukwu/Ohafia constituency under the People’s Democratic Party between 1999 and 2007, his inclusive style of leadership is not in doubt.
Most importantly, Ohuabunwa raised the motion on the reconstruction of Arochukwu-Ohafia Road (Passed). The road contract has now been awarded by the federal Government.

It was however embarrassing that despite the outstanding performance of Senator Ohuabunwa some, who have chosen the part of destruction, decided to go junk and circulate fake, damaging and dangerous publication with intent to smear and assassinate the character of Distinguished Senator Moa Ohuabunwa for no cogent reason. Honestly and as a matter of concern, it is uncertain to adduce the intent behind this deliberate attempt, and the persons behind such petty act of perilous, dastardly and wicked tantrums towards a reputable personality as Senator Mao Ohuabunwa, albeit, the political gangsterism, brigandry, to wit; intent to defame and score cheap political goals.

The road to infamy by those trying to smear the image of Senator Ohuabunwa was a dangerous one, or how could one explain how one could post dangerous videos, pictures and others of several mansions, choice automobiles belonging to another man from Delta state and quickly tag it the country home of the Ohuabunwas who are known to be modest and family oriented to a fault.
According to the President of Forum for Abia Enlightened Youths (FABEY), Comrade Jeremiah Okoronkwo-chukwu and the Secretary, Solomon Onwudibe (Secretary General, FABEY) “For avoidance of doubt, Senator Ohuabunwa is a known personality around Nigeria and in the political terrain, and we state unequivocally that he had at no point in his political and/or individual career been indicted or accused of any illegality whatsoever. Therefore, this gullible attempt to smear his name will be resisted, challenged and fought to a standstill. To put the record straight, the house and the cars does not belong to Senator Ohuabunwa as alleged in the fake news video.

As a matter of concern, it is uncertain at this point to aduce the intent behind this deliberate attempt, and the persons behind such petty act of perilous, dastardly and wicked tantrums towards a reputable personality as Senator Mao Ohuabunwa.”
Indeed, but for the timely intervention of security agents and concerned citizens , the family home of the Ohuabunwas would have been razed and property looted in Atani Arochukwu after several youths embarked on the move to bring down the place without any means of verifying or ascertaining the fact that the video in fact has nothing to do with the Ohuabunwas neither does any of the choice automobiles belong to them. It would have resulted into communal war between the Ohafias and Igberes versus Arochukwu people who lay in wait when news of the youths trooping to Atani got to them.

The entire rubbish was planned to coincide with the End SARs protest where houses belonging to Senators Folarin from Oyo and Bassey Henshaw from Cross River were looted and burnt to ashes. The plan by the youths and their sponsors from neighbouring local governments and towns was to burn down the place and pretend that the COVID 19 palliatives meant for the electorates were stored by Senator Ohuabunwa who was rigged out in the 2019 elections and since returned to his private business. Many who know Senator Ohuabunwa including his brothers and sisters wonder why he has remained in politics despite the fact that he is now poorer than when he was living a private life , having made his mark in the old Gongola State, now Adamawa and Taraba states, Borno and several parts of the North east where he was a major dealer in medical equipment and pharmaceuticals.

For Ohuabunwa , the Arochukwu born businessman, Senator for Abia North Senatorial District in the 8th National Assembly having served in the 4th and 5th National Assembly as member representing Arochukwu/Ohafia constituency under the People’s Democratic Party between 1999 and 2007, his inclusive style of leadership is not in doubt.
Most importantly, Ohuabunwa raised the motion on the reconstruction of Arochukwu-Ohafia Road (Passed). The road contract has now been awarded by the federal Government