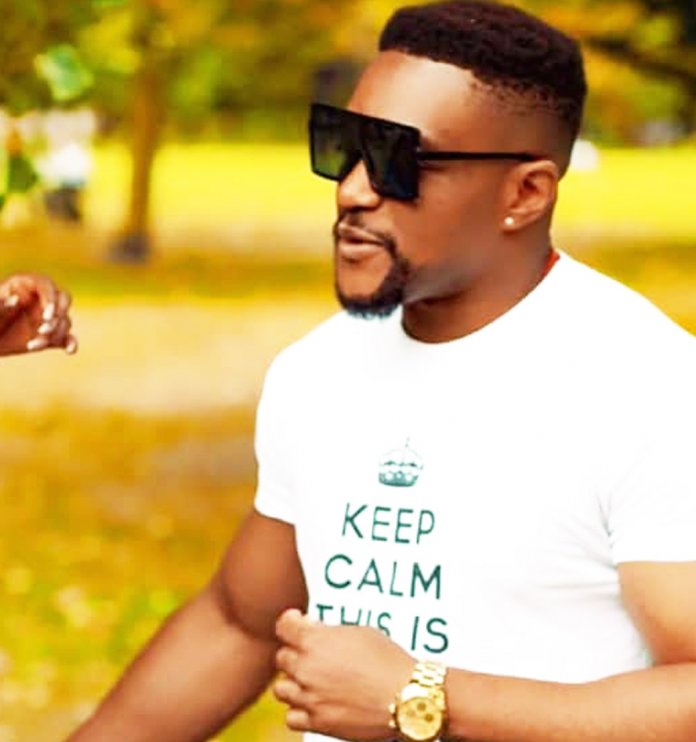 Bennie Ike Opene, stage name IkStarr (pronounced Iyke Star) is a producer, singer, and performer based in the United Kingdom. The artiste, whose second album AFROASMR is out on all music platforms, talks to Ferdinand Ekechukwu about his experience and the new body of work

How would you describe your type of music?

IkStarr’s music is often melodic. Its Afrobeat influenced with an edgy urbanesque songwriting aesthetic that also emphasises my love for Afrobeat, High-Life and Hip-hop music. It is music that respects women, empowers men and lifts the mood of the listener.

How early did you develop interest in music and how far would you say you have gone?

My interest started from the womb. You see, my great great-grandmother was Omu Okwei the Okwei of Osomari. She lived from 1872–1943. She was a Nigerian queen merchant from Osomari, Delta State and from all accounts, was a very musical and artistic woman, in addition to being a trendsetter for women liberation at the time. So my interest in music, politics and creativity is almost genetic and inherent. Growing up, my dad had a phenomenal record collection. I listened to every kind of music under the sun, from Tupac to Led Zeppelin, to Fela Kuti, to Mongolian throat singing. I would say though that my major influences are Afrocentric. In terms of how far I have gone, I would say I’m only beginning. Seeing a crowd of Europeans singing along, word for word to a song you wrote in pidgin and seeing your work cut across race, creed and gender is a worthy accomplishment for any artiste.

How were you able to gain acceptance from such diverse audience?

For me, it’s all about the energy in the music, you know, the vibe. People want to feel something; something real preferably. That’s what I focus on. People recognise and demand quality. That’s what I concentrate on in my music and creative output.

Most times, musicians sing for their loved ones, including girlfriends. Do you do the same?

I’m a very private person who keeps his personal life and show business completely separated. But my past experiences and loved ones heavily influence the narrative of my music. I think women for instance get tough time being often expected to live up to a false ideal of beauty, so I respect the feminine in my music. I promote women being comfortable in their own skin and being natural.

What challenges will you say musicians are facing today?

How have you been coping since the covid-19 pandemic lockdown?

Like I said in an earlier interview, Covid-19 has forced us to look inwards and come up with fresh ideas and monetization models for our creative output. Yes, it’s taken money from the pocket of many artistes, due to lack of shows and events, but we’ll bounce back with greater ideas and content once the tide turns.

What are you working on at the moment any exciting project coming up?

We are working on new music, a feature film and a reality show format. My second album AFROASMR is out now on all platforms. So if you love great music support it. We are also looking at releasing new music videos to support the album. The music video for the lead single Willemina is also currently enjoying airplay. As a creative I’m interested in investing back into Africa. So in addition to the music we are launching something really big to the Nigerian market early next year.

What’s the album all about and what inspired it?

The 11-tracks album is a labour of love for the fans. It’s called AFRO ASMR, which means AFRO Autonomous Sensory Meridian Response. This is a fancy way of referring to the goose bumps and feeling of euphoria you get when you listen to the African vibe and flavour of the album. Big words indeed to describe an album, but not all artistes are necessarily high school dropouts. Some of us attended Ivy League universities. There is no need to dumb down the culture.

Did you think you would make an impact with your new song?

I’ll let the fans and history decide but we put in a lot of TLC towards the new album and the lead singles Willemina and Zombies are serious standouts. The whole album is a masterpiece in my biased opinion. I hope the fans enjoy this really matured, fun, summery, flamboyant take on the Afrobeat genre.

Which artiste would you say influenced your career?

There are a plethora but just to name a few, I would say Fela Kuti, Bob Marley, Mozart, Wizkid, Davido, Micheal Jackson, Ludovico and a host of others too numerous to mention here.

Aside from music, what other things do you do?

Well outside being creative, I have two excellent university degrees, I love to travel. I’m also a foodie. Politics and Philanthropy are also equally important to me and I do what I can from a practical perspective to give back. I’m even planning a 20,000 feet tandem jump from an airplane for charity later in the year.

What kind of emotion does your musical expression evoke in the fans?

I am a big lover of Nigeria, Africa and by extension the whole of humanity. I am a romantic and a humanist in that regard and believe in the perfect potential of good in people.

Hopefully, my work, whether in music, film, politics or otherwise contributes to this expression of goodwill.

The management of Jamika Entertainment is gushing over how its music label is impacting on the Nigerian music industry, as it’s steadily discovering new talents locally and internationally. The company says the rise and influence of the label is gradually being felt in the industry with other labels like G-Worldwide, working with their artistes.

It noted that the growth and influence of Nigeria music in Africa and the world are taking a gradual trend but in a seismic wave across the music spectra for over the past decade. In a recent chat with the Chief Executive Officer of Jamika Entertainment, also known as Jamika Force, Mr. Jerry Ihensekhien, he stated that the Nigeria local music content had now become an international export, and “one of the music companies exporting these world-beaters is Jamika Entertainment.”

Ihensekhien said the music recording label and entertainment management company, which was founded in 2013, has also supported talented young acts like Sultan a.k.a Afroboy, Koredianx, Nexa, Star Nazzy, Yung Lord and Gabson J, along with award-winning band Church of Men.

According to him, “Nigeria’s Afrobeats, Afropop and Afro-Hip-hop have been potentially and deservedly recognised in the much-acclaimed music industry of the United States, having superstars like Drake and Beyonce churning out tunes influenced by Nigerian producers, genres, and artistes.”

While disclosing that fate led him into founding the company, the Jamika Force CEO said: “I was supposed to help my brother’s friend to put a band together and manage them, but I later found out that I needed to have a management company. So I decided to just start it up as a music label to support some young talented kids in my neighbourhood.”

On the inspiration behind the name, Jamika Entertainment, he said: “When I was at boarding school at the Federal Government College Warri, Delta State, as students, we sometimes had rap battles among us. The Warri students were always saying I rapped like a Jamaican, but they kept pronouncing the word as ‘Jamika’, and that was how it stuck.

“So when the time came for me to choose a name for my label, I reminisced my first steps in music, and I just picked the nickname I was given- Jamika. Jamika Entertainment, also known as the Jamika Force, has grown since it started to support music producers.

It has also opened a music studio in the Abule Egba area of Lagos to help young rising acts and started up a music audition to find new talent, which led to the signing of Koredianx in 2020.”

Also, the company’s Head of Operations, Mr. Stanley Ihensekhien, added: “Jamika Force is looking to be at the top of the Nigeria entertainment industry in the next three years, and we look forward to carrying on influencing the international stage with Nigeria music irrespective of the stiff competition. We have got the best young talents, and like our motto states, Nil Satis Nisi Optimum i.e. only the best is good enough!”