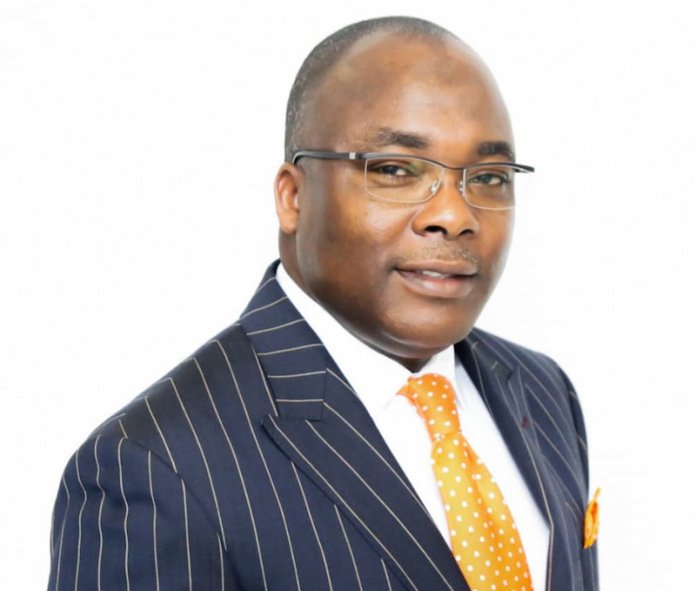 Chairman of Integrated Online Services, Dr. Mahmood Ahmadu, was among the icons honoured at the prestigious EuroKnowledge Leadership and Humanitarian Award that held at the House of Lords in London, recently.

The award initiative was put together by Euro-Knowledge Limited and supported by Foreign Investment Network, FIN.

According to the organisers, the award seeks to acknowledge and celebrate exemplary leaders who have made signiﬁcant contributions and marks in their individual fields as role models, philanthropists, innovators, community and inspirational leaders.

While delivering his keynote address, a former Chief Technology Officer and Strategy Executive at IBM, Mark Minevach, urged investors to tap into the limitless potential of Artificial Intelligence (AI) which is now able to solve global challenges.

In his speech titled, “How Artificial Intelligence is reshaping Healthcare”, Minevach stated that AI is projected to create up to $15 to $18 trillion value, adding that the technology tool must be strongly harnessed as it sets to influence global economy in the next five to 10 years.

While receiving his award, Chairman of Integrated Online Services, Dr. Mahmood Ahmadu, encouraged everyone to cultivate the habit of giving back to the society to improve the world.

He said, “There is no difference between past, present and future in terms of philanthropy, people should endeavour to do more in this trying period.”

Ahmadu’s recognition by EuroKnowledge followed the impact of his philanthropic gestures globally. He graduated from Nasarawa University earning a UK accredited MBA. His additional qualifications came in the form of numerous managements, including IT and communications industry courses.

He started his career trading in products and services before he founded A2A International Limited in the early ‘80s, thus making him one of the early pioneer traders of GSM in northern Nigeria.

His constant effort to be the best in whatever he does helped him in managing a strong international network between IT and Telecom companies, which further boosted his capability and credibility.

He is passionate about giving back to the society and preaches same to others. He has, on numerous occasions, raised awareness on the importance of education and enhanced the quality of education through scholarship programmes, in addition to donations made to various charities and individuals.

This drive led him to build an African multi- business conglomerate, centred on Information Technology which continues to advance the technology infrastructure for governments in many African countries to achieve cost-effective services for both people and governments.

Mahmoud is presently spearheading a global initiative with Brick Eagle Hong Kong for Low income countries with large population in the low income group such as India.