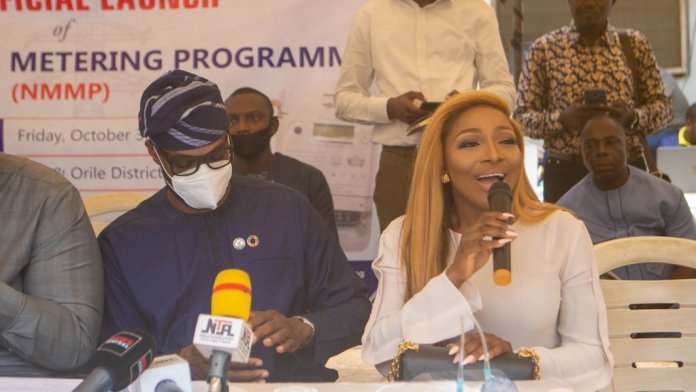 Mojec in conjunction with the power Distribution Companies (DISCOs) and the federal government have flagged off the National Mass Metering Programme (NMMP) roll-out in Lagos, Kano, Kaduna and Abuja.

A statement issued by Mojec, said the government in its bid to bridge the estimated 5 million-meter gap in the country would distribute 1 million meters through the network of Distribution Companies (Discos) over the next two months.

The Project Manager, MAP, Meters Asset Management Company (MOJEC), Fogbonjaiye Tayo, revealed that the stock plan has gone into meeting up with the MAP project and the new intervention.

He noted that it has marked out enough meters for people that have paid under the MAP and the future ones who will make payment.

“We have made enough plans for both sides and for people that have paid, we are very much aware but we have had issues with clearing at the ports which the federal government has come in to intervene and we have sent out communications to customers to manage such expectations,” he said.

Speaking during the unveiling of the meters in Lagos, the Business Manager, Ikeja Electric, Oshodi Business Unit, Engr. Taofik Basaya, disclosed that under the new initiative, customers are going to be metered without making any upfront payment.

He added that about 106,701 meters is set be deployed in the next two months across the six business units of Ikeja Electric.

According to Basaya, “You know that the federal government has brought the initiative where it has told the masses that 6 million meters will be deployed to the network of all the Discos in the country. This is the arrangement that has started today and it is going to be done in two phases.

“The first phase is the one we are in now and under it, the FG is going to roll out 1 million meters and that is to all Discos in the country and out of the one million meters, 106,701 meters is coming to Ikeja Electric and we are commencing the installation today.

“The manner in which it is going to be done is called one-day metering and we will visit a particular estate and all the customers that have not been metered will apply, be surveyed, then make payments and the meter installed on the same day which is what we are doing at Victory Estate today.”

“The MAP programme that is ongoing is not going to be scrapped as this initiative will run concurrently with the NMMP initiative and so the two will run together. We are working with MAPs on this new initiative as well. This is just the pilot scheme in which we will be deploying about 298 meters and so the others will be moved to different streets soon and so this is not limited to estates alone.”

The statement maintained that as a market leader, the company is poised to meet the metering needs of Nigerians with close collaborations with industry stakeholders and increased investments in growing local capacity to deliver sustained value across the industry’s value chain.