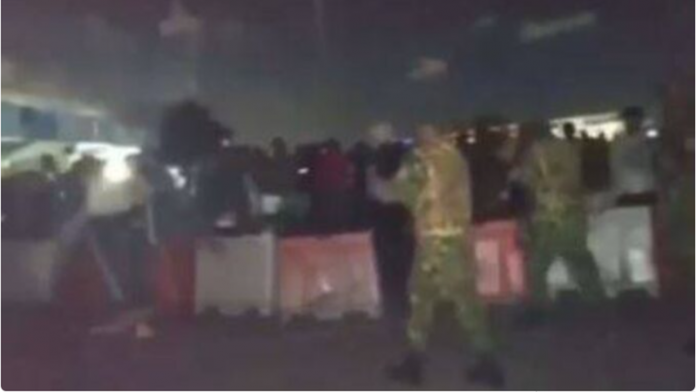 Indications emerged last night that the Nigerian Army has changed its earlier decision to shun the Lagos State Panel of Inquiry probing the alleged shooting of peaceful protesters by soldiers on October 20 at the Lekki tollgate.

THISDAY gathered that the Nigerian Army has pledged to appear before the retired Justice Doris Okuwobi-led panel on Saturday (tomorrow) to present its case.

The spokesman for the Nigerian Army’s 81Division, Lagos, Major Osoba Olaniyi, had reportedly said that the army would not honour a summons from the panel as the army believed that it was not the panel’s duty to invite the army.

Olaniyi had insisted that the military would only appear before the panel if it received an invitation directly from the Lagos State Government, and not the panel.

“If we receive a letter from the state, we will go. Are we not under civil authorities? Are we not part of Nigerians? Have you forgotten that we did not go there (Lekki tollgate) on our own?.

“It is the state government that constituted that panel of inquiry. So, if anybody needs to get in touch with us to come, it is still the state, not the members,” Olaniyi had said.

However, it was gathered from an official of the Lagos State government that the Army has changed its position on the matter.

THISDAY gathered that following the intervention of the state government and the military hierarchy in Abuja, the Nigerian Army will sent its team to the panel tomorrow.

“The earlier decision of the military not to appear before the panel was a slap on the face of the Lagos State Government that set up the panel, and by extension an act of insubordination against the federal government, which okayed the setting up of the panel nationwide. In order not to be seen as embarrassing the state government or flouting the authority of the federal government, it had to changed its mind after interventions from some quarters. Secondly, the army has to clear its name in the face of increasing allegations of human rights abuses and extrajudicial killings. The army is facing a lot of negative publicity and the international community is also taking notes. So, it is in the best interest of the army to submit to the civil authority and clear its name,” the official explained.

However, efforts made by THISDAY to reach the Army’s spokesman to confirm this new position proved abortive.

Human rights activist and Senior Advocate of Nigeria (SAN), Mr. Femi Falana, had argued that the panels were duly constituted according to the law and that the governors did not breach the law by setting up judicial panels of inquiry in their respective states.