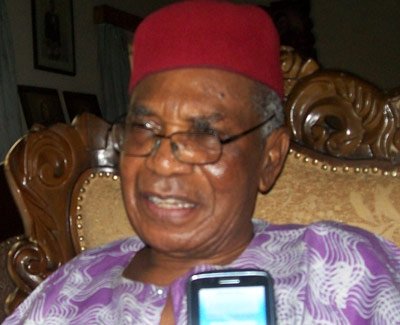 With a deep sense of loss and with gratitude to God for a life well lived, the Uthoko Na Eze Royal family, the Igwe-in Council, the ancient society of Ndi Alor, and the entire Achalla community in Anambra State, has announced the transition of His Majesty, Igwe Alex Ezeoba Nwokedi V, the Uthoko of Achalla.

According to a statement issued by Ogbuefi Willie Nwokedi, on behalf of the Uthoko Na Eze family of Achalla, the sad event took place in Lagos on Monday, May 11, 2020, after a brief illness.

He was a charismatic journalist and distinguished civil servant before ascending the throne of his forefathers, who served his country faithfully and conscientiously.

He was Chief Press Secretary (CPS) to former the then Head of State, General Olusegun Obasanjo (rtd) and also briefly served in the same role to the late former President Shehu Shagari.

He had a stellar career in the power sector working for the National Electricity Power Authority (NEPA) and also distinguished himself in the oil industry as the Goup General Manager, Group Public Affairs Division of NNPC.

His board directorships include independent director of the United Bank for Africa (UBA) and the Anambra Broadcasting Service, among others.