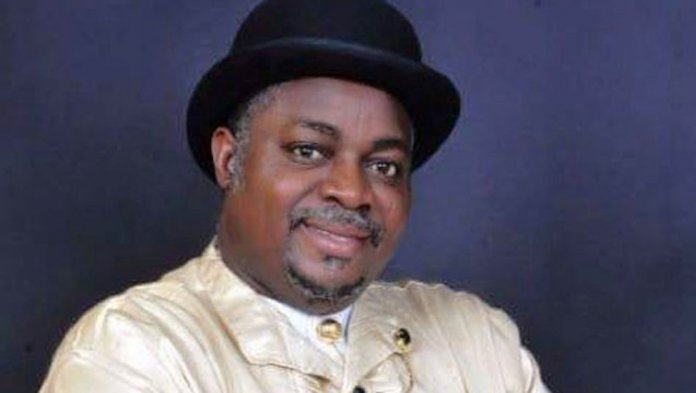 A member of the National Assembly, Senator George Sekibo, has called on the federal government to urgently implement the five-point request of the #EndSARS youth protesters.
The #EndSARS protesters had last month presented a five-point request to the federal government which included immediate release of all arrested protesters as well as justice for all victims of police brutality and appropriate compensation for their families.
The ranking Senator while commenting on the youth request on Thursday stressed that the demands are not ambiguous to implement adding that “rather than politicising the situation, we should keep blind eyes on the political part we see, and put the lives of Nigerians first”.
Sekibo further emphasised that the requests are for the betterment of the country especially the Police force, hence the required full attention of the federal government.
He said: “Synergy between the government and the governed is a panacea to a peaceful and mutual living, we cannot afford to allow this issues take us 10 times backward by going back to build structures we already have put in place instead of losing them in crisis.
“It is time to engage the process and make our Nation habitable, stressing that a lot have to be done to enhance a country of our dreams.
The sanity of a system cannot be compromised by any guise, allowing a simple issue to methamorphos into a full blown crisis will be the least expected of a nation”.
The Rivers East Senator also urged the protesters to be patient with the authorities noting that nothing good comes so easily.
The other demands of the #EndSARS protesters which the federal government had accepted to implement last month are:
*Setting up an independent body to oversee the investigation and prosecution of all reports of Police misconduct within 10 days;
*In line with the new Police Act, psychological evaluation and retraining to be confirmed by an independent body, of all disbanded SARS officers before they can be redeployed; and
*Increase Police salary so that, they are adequately compensated for protecting lives and properties of citizens.