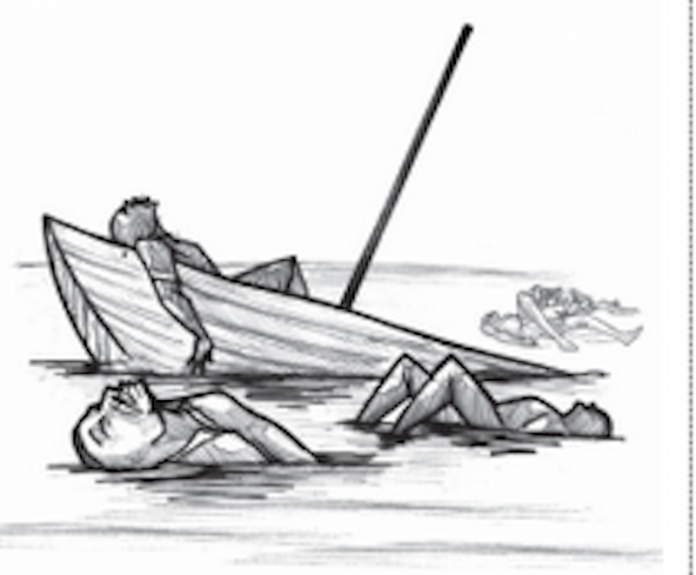 African leaders must contain the trend by turning their economies around

No fewer than 140 African migrants were last weekend drowned off the coast of Senegal in the deadliest shipwreck recorded this year, according to the International Organisation for Migration (IOM). Four shipwrecks were recorded in the Central Mediterranean and another in the English Channel. “We call for unity between governments, partners and the international community to dismantle trafficking and smuggling networks that take advantage of desperate youth,” said IOM Senegal Chief of Mission Bakary Doumbia.

The migration crisis, as we have reiterated several times, is a cruel twist of the logic of the transatlantic slave trade. In the old trade, African agents of European slave traders hunted men and women and forcibly sold them off to be transported across the Atlantic. In the new ‘trade’, Africans are willingly subjecting and submitting themselves as fodder and merchandise for enslavement across the Mediterranean. From the accounts of some of the returnees, many who made it to Europe or the Middle East are usually forced into prostitution, used as mercenaries, deployed as household servants, factory workers, drug couriers and even as organ donors.

Driven by economic desperation, thousands of able-bodied young men and women are, almost on a daily basis, embark on suicide missions in the bid to migrate towards the northern hemisphere in search of opportunities that have since disappeared in those very societies. While only few of these migrants eventually reach their destinations where they face disappointment and frustration, majority of them usually perish on the way. In Nigeria, it is important to interrogate the conditions that create the desperation to leave the country for unknown destinations. Today, we live in a country where many are not only poor but cannot find jobs. Factories are closing down and selling their warehouses to promoters of religious organisations while several businesses are shut down or moving out of the country due to lack of electricity.

Meanwhile, there is also a criminal dimension to the problem with some unscrupulous people now recruiting from their villages and towns young girls with the promise of securing for them good jobs abroad only to turn them to prostitutes. There are chilling statistics which suggest that human trafficking has become one of the biggest money-making businesses after drug trafficking. Today, our country is regarded not only as a transit route for this illegal trade but also a source as well as a destination with children and young adults, especially of the womenfolk, now becoming merchandise for what has become a cross-border crime.

Curiously, hardly any African country has embarked on a conscious effort to address the scourge of the new migration. Yet the increasing number of our citizens being humiliated, repatriated or killed in recent migration reversals places a heavy burden on leaders within the continent. In what is clearly an organised crime involving international syndicates, human traffickers move their victims to Europe through North Africa by caravan, most often forcing their victims to cross the desert on foot. In the process many die even as the survivors are subjected to all forms of indignity, in the bid to repay the heavy debts owed their “benefactors” by way of travel expenses. But the trade is thriving because most of the people involved wield powerful influence with which they circumvent the law.