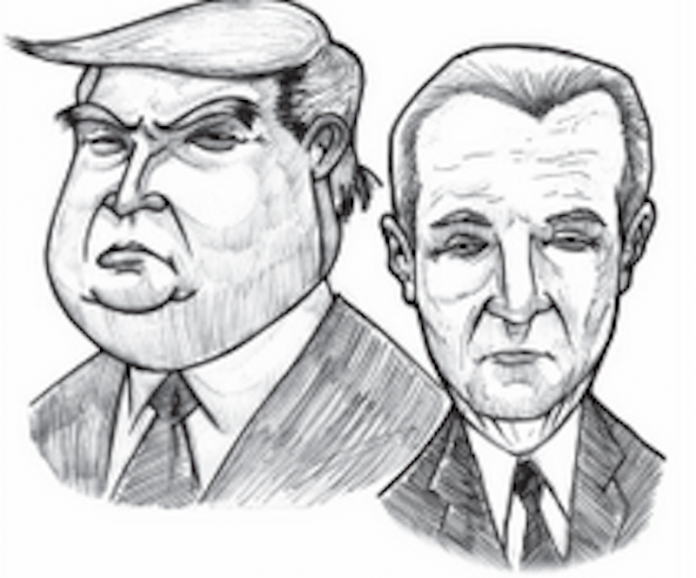 The process leading to the elections holds lessons for Nigeria

As Americans go to the polls today to elect their president, the democratic ritual that comes up every four years has presented different nations with a diversity of takeaways. The contest is between the incumbent President Donald Trump representing the Republican Party and former Vice President Joe Biden of the Democratic Party. They are both in their seventies and know each other fairly well. Given the role the United States plays in the world it is no surprise that the election commands global attention. Whoever emerges, there would be global implications. We hope the better candidate wins.

For us in Nigeria, the lessons are many but the most significant is the value of open debate in presenting an electorate with a rounded picture of the candidates contesting for the highest office in the land. The American system may not be perfect but nobody will deny the fact that the voters usually have an idea of who they were voting for and what they represented. On the contrary, our presidential candidates have mostly ascended office without any ideas about policies, programmes and the people they would need to help them actualise such vision. The situation is not helped by the fact that the political parties in Nigeria are, without any exception, just platforms for winning public offices.

If we must develop as a nation, we cannot continue with the current arrangement where our leaders are practically handpicked and anointed by rabble factions of some renegade conclaves while most of them neither understand nor can they articulate national issues and problems. Nigerians must begin to imbibe a culture by which those who aspire to lead our people, especially at the gubernatorial and presidential levels, are subjected to a rigorous process of public engagement. The value of such debates would include elevating national discourse and raising the standard of leadership selection process among political parties.

Despite the novel challenges presented by Covid-19 and its protocols, there were two presidential debates between President Trump and his challenger, Biden. The two candidates were challenged to air their views on all aspects of the society they aspired to govern. More importantly, it was an opportunity for the media and the public to rigorously interrogate their moral credentials and past records. These debates gave the American public an opportunity to assess, first hand, the depth, character, knowledge, comportment, temperament and sincerity of the candidates to carry the mantle of national leadership.

As we have reiterated in the past, the winner in these debates did not necessarily have to win the election. But the polity was enriched and better enlightened on the great issues at stake, and how the candidates conform to their own expectations. Regrettably, in Nigeria, we have run a democracy of virtual silence especially at the presidential level. In a handful of states, some attempts have been made over the years to hold debates among candidates. These attempts have been volitional rather than mandatory, hence most contestants ignore them. Even in instances where these contestants turn up, what usually followed could not be described as debates in the true sense of the word.

At every election cycle since 1999, presidential candidates have routinely refused to debate their opponents or chose what debates to attend. In any case, the fickle attempts at organising presidential debates have been under the auspices of amorphous organisations not backed by any legislation. As we therefore seek to build our democracy on meritocracy, we must also accept that a process that involves such rigorous interrogations will definitely bring out the best and worst of the candidates thus making it easy for the electorate to make informed and rational choices.