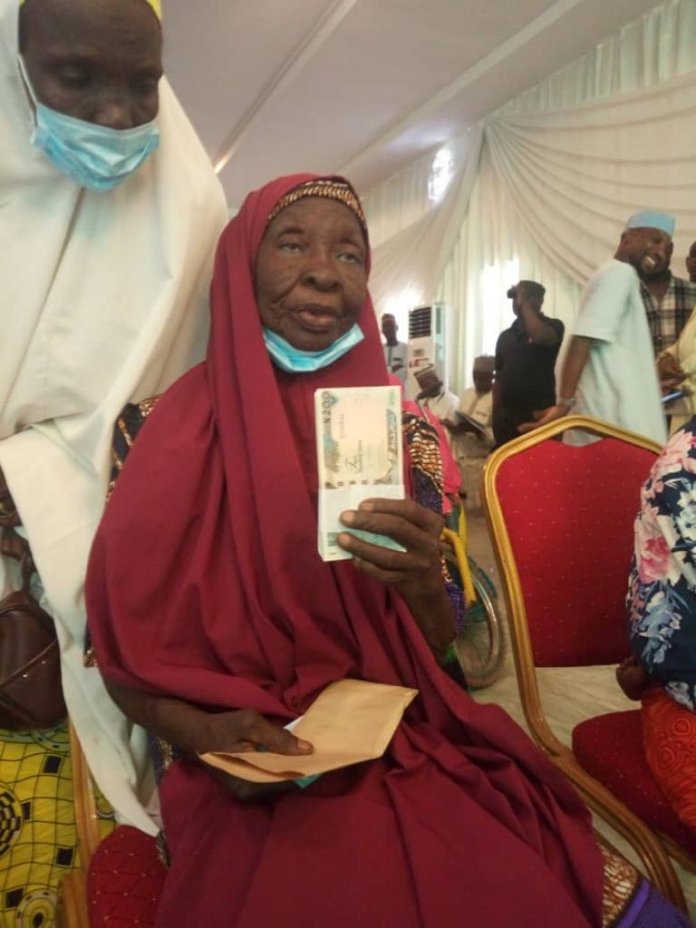 Chiamaka Ozulumba writes that the recent looting of government-owned warehouses containing COVID-19 relief food items in some states may have reinforced the assertion that the Minister of Humanitarian Affairs, Disaster Management and Social Development had been harshly judged by her critics

For a woman who has been severely vilified by all and sundry, the recent looting of COVID-19 food items that are meant to be palliatives for poor Nigerians from various warehouses managed by some states arising from the fallout of the nationwide #EndSARS protest seems to have revealed hitherto unknown facts about the distribution of food items to Nigerians by Hajia Sadiya Umar Farouq, Minister of Minister of Humanitarian Affairs, Disaster Management and Social Development.

During the COVID-19 forced national lock down from March to July, the federal government and various organisations led by the Corporate Nigeria under the Coalition Against COVID-19, (CACOVID) intervened with various food items as relief to poor Nigerians whose means of livelihood were negatively impacted by the national lockdown.

During this period, the Minister of Humanitarians Affairs toured almost all the 36 states of the federation to deliver relief items and also flagged off distribution of Conditional Cash Transfer and School Feeding Programmes in Ogun, Lagos and the Federal Capital Territory.

The Central Bank of Nigeria-led private sector relief fund, under the banner of CACOVID raised over N20billion that was used to procure medical supplies, set up isolation centres and other medical consumables such as Personal Protective Equipment, face masks among others. Perhaps, the most controversial aspect of the relief initiatives was how the food items were distributed by both the federal government and CACOVID.

Recent nationwide protests which degenerated into anarchy, arson, vandalism and looting of both public and private properties in Lagos, Osun, Edo, Kogi, Rivers, Plateau, Kaduna, Kwara, Cross Rivers, Ekiti and Adamawa where rampaging hoodlums descended and looted government controlled warehouses where the relief food items were stored exposed the underbelly of the entire COVID-19 relief efforts by the federal and state government.

The wave of looting of warehouses started in Lagos at Mazamaza in Oriade Local Development Council Area. The looted Lagos State-controlled warehouse is located at Benster Crescent, Monkey Village. In what looked like copycat from Lagos, the looting moved to Osogbo from where it spread to other states.

While many Nigerians have justified the looting of the relief food items and blamed politicians, most especially the governors, for hoarding relief materials meant for the poor, others said the Minister of Humanitarian has been most harshly lampooned. Some Nigerians on social media also stated that the discovery of the relief food items from the various warehouses vindicated the minister who had always insisted she ensured effective delivery of all relief materials to all the states including the Federal Capital Territory.

Affected states have defended themselves that they distributed the relief materials accordingly while the ones looted were recently supplied by CACOVID waiting for official programme to launch distribution as demanded by the private sector donors.

Many Nigerians on social media, especially on Twitter and Facebook, in the past week, have profusely apologised to Farouq for insulting her when she publicly stated that the ensured delivery of all items to the states even with open hand-over ceremony involving the senior officials of each of the states.

Speaking during a town hall meeting last week Tuesday, October 27, 2020 in Gusua, Zamfara State, Farouq noted that she did not hold anything against those who have unjustly vilified her because her conscience has always been clear that she did her job well and ensured fair distribution of the relief materials across the country.

The minister explained that the ministry shared 70, 000 tonnes of foodstuff to the 36 states during the COVID-19 lockdown period. She also stated that she supervised distribution of 145 trailers of rice to the states.

She said, “For me I have done my job. We shared foodstuff to the states and we did not do it in the mid-night, everyone has seen it. About 70,000 tonnes of foodstuff was shared. The rice we got from Custom was shared to the 36 states. We shared some other grains to 24 states only.”

The minister, however, noted that she will not join issues with any state governor on the reasons why some of the food items delivered by the federal government and CACOVID were not distributed till they were looted from the warehouses.

“The question as per the delay in the distribution of the looted items should be left for the governors to answer. I have shared the stuff and have the record with us and the truth has revealed itself,” she added.

All states, the minister added, should have shared the foodstuff from the days they were delivered during the lockdown period, as directed by President Muhammadu Buhari.

Farouq decried the looting of the food items by criminals stating that the delay in distribution can never be a justification for looting since the items would still have been delivered to the poor who really need them.

Asked if she feels vindicated with the discovery of the food items across the states where they were kept and some of the social media commentaries where some Nigerians apologised to her, the Minister said the truth will always prevail.

“I am aware many people have made various spurious allegations and accusations against my person and my ministry over the way we distributed federal government palliatives to cushion the effect of COVID-19. I have always said I am carrying out my duties and responsibilities to the best of my ability and with fairness to all parts of the country. Now that they have realised their mistakes, I will only pray to God to forgive us all,” she maintained.

While in her home state, she paid homage to the Emir of Gusau, Alhaji Ibrahim Bello, where the monarch appealed to the federal government to take a second look at the security situation in the state.

“The federal government should support the state in opening more access roads to expose the hideouts of criminal elements and give security operatives easier access to counter all terrorists.We should also be considered for more federal appointments because currently, we only have one federal permanent secretary. I want to assure you that we will continue to support all federal government programmes geared towards improving the wellbeing of the people,” the emir said.

At a town hall meeting in Gusau where she met with leaders and other stakeholders in the state, the minister reeled out some of the achievements of her ministry in Zamfara and revealed that a total of 282,529 pupils are currently being fed under the Home Grown School Feeding Programme in Zamfara.

She said the school feeding programme, a signature project of the Buhari-led administration under the Social Investment Programme (SIP) is being carried out in 1,759 schools spread across the 14 local government areas of Zamfara State. She further revealed that 2,000 cooks were employed in the state to cater for the pupils every school day.

At the town hall meeting, the minister explained that the purpose was to identify, articulate and derive solutions to the humanitarian and developmental challenges in the state.

“It must be noted that the COVID-19 lockdown, ongoing activities of armed bandits and the flooding experienced across the North West has led to the displacement of over 247,000 persons across Zamfara, Katsina, Sokoto, Kaduna, Niger and Kebbi. This has impacted on the economic and agricultural activities in Zamfara State, thereby, creating social and economic vulnerabilities.

“This townhall meeting is significant, as it will allow us to collectively communicate, identify, articulate and derive solutions to the humanitarian and developmental challenges that have arisen in Zamfara State from banditry, extreme weather conditions and the COVID – 19 pandemic,” she said.

Farouq commended the commitment of Zamfara government in addressing the challenges of economic vulnerability, and pledged that her ministry will continue to partner with the state to implement humanitarian, social inclusion and protection measures.

According to her, the Federal Government Enterprise and Empowerment Programme (GEEP) programme had provided loans to 48,503 individuals in Zamfara.

She also said that the Conditional Cash Transfer (CCT) scheme has impacted positively on the lives of over 6.44 million vulnerable poor people across the country, including Zamfara.

Number of beneficiaries receiving payment increased from 469,362 households in 22 states to over one million in 34 states. The CCT is providing support to 129,137 poor and vulnerable households in Zamfara with a monthly base cash transfer of N5, 000, with the sole aim of graduating them out of poverty,” she said.

Governor Bello Matawalle, who was represented by the Secretary to the State Government (SSG), Alhaji Bala Maru, appealed to the federal government to fulfil its earlier promise of providing N10 billion to support victims of flood and banditry in the state.

Matawalle also appealed to the federal government to reconstruct the Dansadau-Birnin Gwari-Minna federal road, which went through Zamfara, Kaduna and Niger states. The governor explained that the reconstruction of the road will aid the fight against banditry in the state. He called for synergy between the state government and Ministry of Humanitarian Affairs, to form a joint team for distribution of support materials to deserving persons.

Also in his remarks, Chairman, Zamfara Council of Chiefs, who is also the Emir of Anka, Alhaji Ahmad Muhammad, appealed to the federal government to provide assistance to displaced person and families affected by banditry.