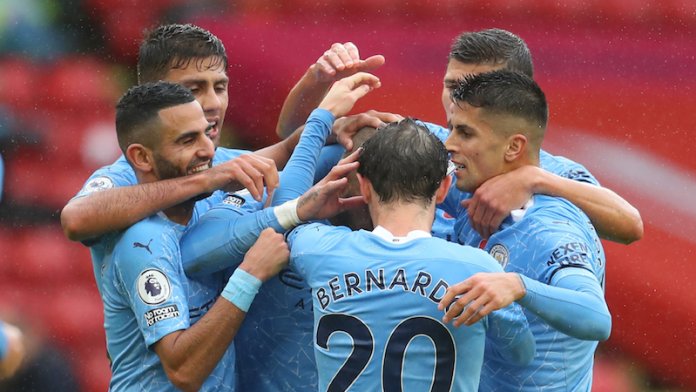 Kyle Walker marked his 100th Premier League appearance for Manchester City with a goal against his former club as Pep Guardiola’s side beat Sheffield United 1-0.

The right-back, who came through the ranks at the Blades, struck midway through the first half with a superb long-range strike.

It was a deserved goal for a Manchester City side who dominated the first half, and they could have added another but for an excellent save by Aaron Ramsdale from Ferran Torres’ header.

Ramsdale did well again in the second half when he dived at full stretch to keep out a Riyad Mahrez free-kick. But from then on the visitors struggled to find a second goal that would kill the game off and United should have capitalised when substitute John Lundstram fired just over from Sander Berge’s cross.

That was as close as the Blades came as City took their third league win of the season to move into the top half of the table.

Sheffield United remain winless and in the relegation zone with just one point from their first seven games.Elsewhere, Hakim Ziyech netted his first Premier League goal as Chelsea cruised to victory 3-0 victory over winless Burnley at Turf Moor.

And summer arrival Ziyech then turned provider seven minutes later, sliding through Timo Werner who side-footed an effort beyond the onrushing Pope.

Chelsea rise to fourth while Burnley remain 18th in the table, with Ashley Barnes missing one of the Clarets’ few chances when through on goal in the opening minutes.