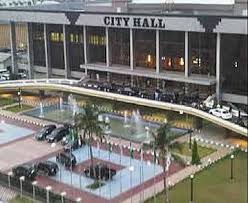 There is a futuristic element to many of the movies we watch today. Whether it is for a scientific-fiction movie or a marvel one, the film industry has channelled the futuristic theme through their works as a form of entertainment.
It gives movies an exhilarating nature as we, the watchers, are made to feel many emotions at once. As we go through the tumultuous journey of a sci-fi movie, we are either left at the edge of our seats or curled up into the seats with our teeth clenched in fear and excitement.

The director’s purpose is to take us on an adventure where we are made to think deeply about the topics explored in the film. The act of implementing science into film has given many of the stories that are told today, purpose.
In the science fiction movie sequel of ‘The Hunger Games,’ we see human’s attempt of exploration into the future. There is still an element of fiction to many of these movies as the creators of these movies get ahead of themselves as they intertwine their imagination with advanced technology that has yet to be developed.

Looking into the future is the main focus of ‘The Hunger Games,’ as it is set in the future dystopian nation. The technological advancements in the film include the use of hovercrafts – also called air cushion vehicles – as a form of transport. The scientific element to these plane-like structures is based on the hovering of the aircraft on a cushion of pressurized air. The engine of the hovercraft powers the fans which blow air below the hovercraft.

This creates an upwards force on the structure, causing it to hover above the ground due to a pressure difference. Despite the fictional world created in this movie, certain scientific topics that are being discussed in the real world are being explored in this film. Genetic modification is shown in the movie as a powerful tool as it helps craft the animals that play a vital role in the game which the film is based on. The genetically modified animals in the film are created to torment the people in the game as they are engineered further to play with their senses as they target their fear for example taking on a certain smell that reminds them of a fearful or disturbing time in their life.

This is created to get into their heads, preventing them from completing the game. The use of science in creating a deathly obstacle is a forewarning sign of how impactful science will be to our future.
The mark science has had in the film industry is seen through the eyes of a director making a movie in the sci-fi genre. The artistry in the making of these futuristic films has sparked many conversations that bear the title of the scientific discoveries that are being unravelled. A topic, in particular, is that of Artificial Intelligence that has sparked an uproar of the possibility of the creation taking advantage of its creator.

We have never seen a world whereby the creator is outsmarted by its invention. It is in these movies that we are allowed to play out many hypothetical situations that surround the what-ifs. They have not only found a way to channel these situations through the screen but have also found a way to entertain us in the process.

Once science coalesces with fiction, one can finally see the interesting element in the world of science as there is more to science than what we have already seen through the academic lens. Filmmakers have channelled many science-based phenomena to the big screen with the help of their imaginations. Their creativity has helped elevate the boredom that people often face in a scientific documentary. The act of creating inventions that could possibly outsmart the creator is shone through the film, ’Avengers: Age of Ultron.’

The Ultron programme which was created to protect turns into an enemy that poses a threat to mankind. These movies allow us to explore the questions that we find hard to face in our real lives. Through the lens of those on screen, we are allowed to imagine a world fully controlled by Artificial Intelligence. These films press us in the direction of questioning the dangers of the science that we are thrusting ourselves into.
Are we getting ahead of ourselves when it comes to how much we are digging deep into the world of science? Should we slow down or keep going at a fast pace?

Filmmakers of today that have a mind that is fuelled by science have changed the way we view science. The blockbuster, ‘Black Panther,’ originally playing a role for blacks to be featured as superheroes, eventually became a showcasing of the scientific nature of black nations.
It managed to show us the richness of science in Africa as we were able to see the made-up land of ‘Wakanda’ — which acted as a representation of black nations — having a futuristic outlook to life. The act of living in this land surrounded around this fictional element ‘Vibranium’ as it acted as a remedy for many of the diseases they faced.

The cinematography of this film played a vital role in letting us into the high-tech environment that the filmmakers envisioned. We were able to see African leaders, leading a nation that was ahead of others. They were surrounded by many of the scientific inventions those in other parts of the world were still seeking to find. Although all this was fictional, I can’t help but wonder whether this could be a reality that we could one day work towards.

Imagine a world led by the scientific discoveries found in Africa as we are able to find the many things that our world needs today. The amount of recognition that we would get from one scientific finding could make a worldwide impact. This is far beyond the small businesses that we often see coming into fruition. These small enterprises created by the youth predominantly have a short-lasting effect and lacks the vision of the bigger picture.

They act to solve immediate needs like hunger and thirst rather than the problems that are going to be eventually faced years to come. There is a desperate need for us to have a broader outlook on what we can do to make the situation and the environment we are in better.
Films like Black Panther were made to do more than to act as a form of entertainment. They were made to inspire Africa to think big. Could we eventually make this futuristic scene, filled with out-of-this-world forms of transportation, become our reality?

The many ideas explored in these sci-fi movies are often neglected as we allow the fictional part of its name to dictate its reality. We often see the unrealistic nature of the scenes curated in the film and we forget that the other half of its foundation is based on scientific findings that have been proven. These movies are not entirely made up as many of the topics explored through the artistic use of themes are based on real scientific discoveries.

The other extra parts are added so we can make a better sense of these technical phenomena explored. The act of synthesising fiction with science is a powerful tool in creating shockwaves in the film industry. There is more to movies than just the unrealistic scenes painted out before our eyes.
Instead, subtle imprints of science are dotted around for us to unpick.