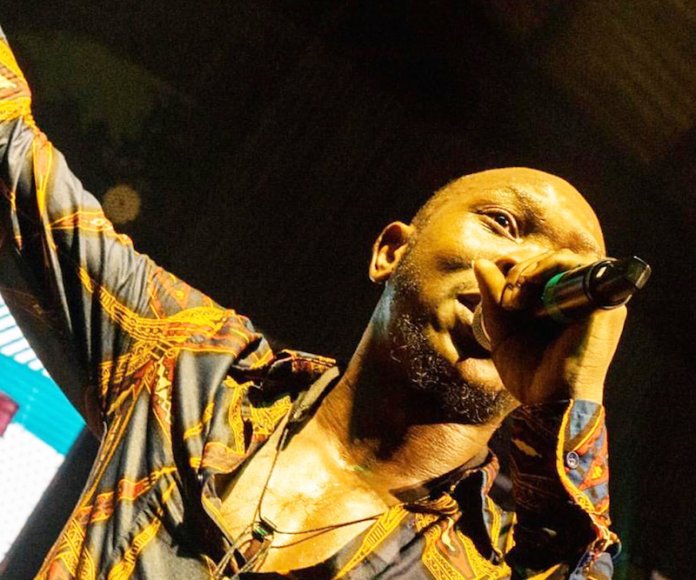 Seun Kuti is the youngest son of famous Afrobeat pioneer, the late Fela Anikulapo-Kuti. He leads his father’s former band, Egypt 80. Seun was one of the celebrities at the forefront of the recent EndSARS protest. He speaks with Festus Akanbi on his struggles for a better Nigeria, his family heritage and his works

One cannot forget in a hurry, the role of legendary Afrobeat musician, late Fela Anikulapo-Kuti, who became a thorn in the flesh of successive military administrations in the country. His tool of protest was his acerbic songs, which government and its agents found uncomplimentary. It was therefore not a surprise when Fela’s youngest son, Seun raised his voice to high heaven during the recent EndSARS protest. Apart from being invited to live interview programmes on prominent television stations in Nigeria, Seun also explored social media platforms to justify the protests and to condemn the alleged shooting of unarmed protesters at the Lekki Toll Gate in Lagos. His activism did not end with the shooting incident, as Seun has continued to raise his voice on his Instagram and Twitter accounts. Commenting on the controversy over an alleged threat to a particular ethnic group to vacate Lagos State in the past one week, Seun who, like his father, uses Pidgin to communicate with his fans, wrote in his Twitter handle on Monday, “No youth gives order for people to leave any state, na our ‘politrician’ wan dey use der divide and rule game to cause wahala since we don open der yansh for all to see, so if any tribal wahala start now, we will hold all politricians in APC and PDP accountable for it. Sorosoke, werey”

Asked if he wouldn’t mind working for government if he is given such an opportunity, Seun fired back, “I will tell them I can’t work for the government; not this government anyway.”

Explaining why he had not been in the news for a while, Seun told THISDAY that nothing much had been happening in the social scene in 2020 as a result of the COVID-19-induced shutdown in social and economic activities. He explained that he had been into other programmes which he had to play down as a result of the pandemic: “I wouldn’t say I have been quiet; I’ve been doing things that have not just been covered in general and, secondly, nobody was doing much this year before the commencement of the EndSARS protest. Everyone was just quiet because of the Coronavirus pandemic.”

He said his actions and his musical work were influenced by his society and his bloodline: “My society and my immediate environment are definitely a very big part of my inspiration; my bloodline and lineage play a big role too.” When asked if he considered himself a fulfilled musician, Seun said he still had a lot to learn and accomplish in his career. “Well, in my career as a musician, there are still many things I want to accomplish. Music is like science; you have to keep developing.”

Seun is not sure if his father’s name opens the door of influence for him, but admitted that people give him recognition because he is Fela’s son. “Well, on whether my dad’s name opens way for me in Nigeria, I don’t really know if that’s true. I think my father’s name and popularity gets me acknowledged, but I don’t think it’s openly done in this Nigeria. If anything, it shuts it tight.”

But Seun is not disturbed by the popularity of his father’s songs among contemporary musicians in the country. There is hardly any social gathering, especially one that has a large percentage of youths, where Fela’s music would not be played. His revolutionary songs are the most popular. Seun says it’s no big deal for people to use his late father’s songs. “Well, Fela’s songs are for everybody to perform. It’s a gift to the world. I feel proud when people perform his songs.”

He also spoke on his project, Night Dreamer. “Night Dreamer is a special record label that records only live music, and they record it direct to disc so there’s no editing, there’s no mixing, it’s how well you play that you will sound on the record. So, for me, it was a great adventure to test my musicianship at that level of recording, and I’m glad I made a really great record.”

On the lessons learnt so far in the year, Seun said, “2020 is a year that has taught everybody to adapt, to be ready to see a new thing at any point in time. I think that is the greatest lesson. It’s an eye opener and it has helped the strong get stronger.”

He refused to disclose his revenue, saying, “I don’t talk about my money.”

Seun has a daughter, who loves to sing, but he said he would not tell her what to do about career. “My daughter is a natural singer already, but I didn’t introduce her to music because I feel she’s free to choose what she wants to be.”