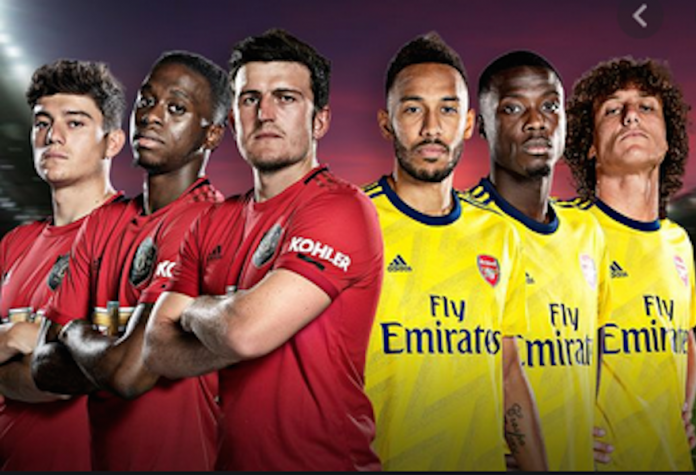 Manchester United will be looking to return to winning ways in the Premier League when they welcome Arsenal to Old Trafford on Sunday afternoon. The Red Devils will enter this weekend’s contest off the back of a 5-0 win over RB Leipzig in the Champions League, which made it two victories from two European matches this season.

Ole Gunnar Solskjaer’s side shared the points with Chelsea in their last league game on October 24, though, and are currently 15th in the table with seven points to show from their five matches.

Similar to their neighbours-Manchester City, United seem to perform in Europe but seemingly become a completely different side in the Premier League. Ole constantly changes the formation and makes changes to the starting XI, and this could have a part to play for their below par results. Arsenal, on the other hand, have had a slightly better start, winning three and losing three, and find themselves in 11th place. If United play anywhere near as well as they did against RB Leipzig on Wednesday, then they will have no problem beating this Arsenal side. Although, the same could have been said for last week after their encounter with PSG, only to draw 0-0 to Chelsea the following weekend. Despite the result, it should be an exciting game with both sides desperate to win.

Meanwhile, Solskjaer has warned his Manchester United team that they “have to pick up points” when they host Arsenal on Sunday.

United have made a stuttering start to the new season in the Premier League, with the Red Devils having won just two of their opening five games in the top flight to leave them down in 15th place in the table.
The Red Devils will now be aiming to bounce back to winning ways in the Premier League against Arsenal after they were held to a goalless draw by Chelsea FC at Old Trafford last weekend.

And Solskjaer has talked up the importance of Manchester United claiming points on Sunday as they prepare to welcome their old foes to Old Trafford.

Speaking at his post-match news conference on Wednesday night, Solskjaer said: “We made some changes today because of Sunday, because you’ve got to be ready for that because, in the league, we have a game fewer than other teams as well, so we have to pick up points.”

Solskjaer added: “For me, the consistency has been there since February. It has been getting better and better.
“The first league game was very disappointing and there were the circumstances with the Tottenham defeat.
“We’re getting there and today was a performance with a great attitude, hard work and working for each other. The squad was rotated and we’re in a really good state at the moment.“

Arsenal head into their clash with Manchester United also looking to return to winning ways in the Premier League after they were beaten 1-0 by Leicester City in the top flight in their most recent outing.

Meanwhile, Bramall Lane will host today’s early start in the Premier League with Sheffield United welcoming Manchester City for what is a hugely important game for both teams.

The Blades have only picked up one point from their six league games this season to sit 19th in the table, while City are down in 13th with eight points to show from their opening five matches so far.

There is no getting away from the fact that it has been a desperately disappointing start to the season for Sheffield United, with just one point from six matches leaving them in 19th position.

The Blades lost their first four league games of the campaign against Wolverhampton Wanderers, Aston Villa, Leeds United and Arsenal before picking up a point at home to Fulham on October 18.

Chris Wilder’s side could not build on the draw, though, and suffered a 2-1 defeat at Liverpool last weekend. It is not as if it gets any easier for Sheffield United, though, as their next two Premier League games are at home to City and away to Chelsea before the November international break kicks in.

The 2018-19 Championship runners-up were so impressive in the top flight last season, ultimately finishing ninth, but they were challenging for the top four ahead of the lockdown period.

The memories of last term are drifting away fairly quickly, though, and the team are now staring at the possibility of a long and difficult battle to stay in the top division.

City, meanwhile, are yet to really ignite their Premier League season and currently sit 13th in the table with eight points to show from their opening five matches.

Pep Guardiola’s side have beaten Wolverhampton Wanderers and Arsenal in the league this season, but they lost heavily at home to Leicester City at the end of September, while both Leeds United and West Ham United have taken points off the former champions during the month of October.

The Citizens have made an excellent start to their 2020-21 Champions League campaign, though, beating Porto and Marseille to place themselves in a strong position to make the knockout stage of the competition.

City are entering a vital period in the league, though, as they will host the champions Liverpool next weekend before traveling to Jose Mourinho’s Tottenham Hotspur immediately after the international break.

There remain question marks surrounding the future of Guardiola, but the Spaniard will be solely focused on securing all three points against the struggling Blades this afternoon.