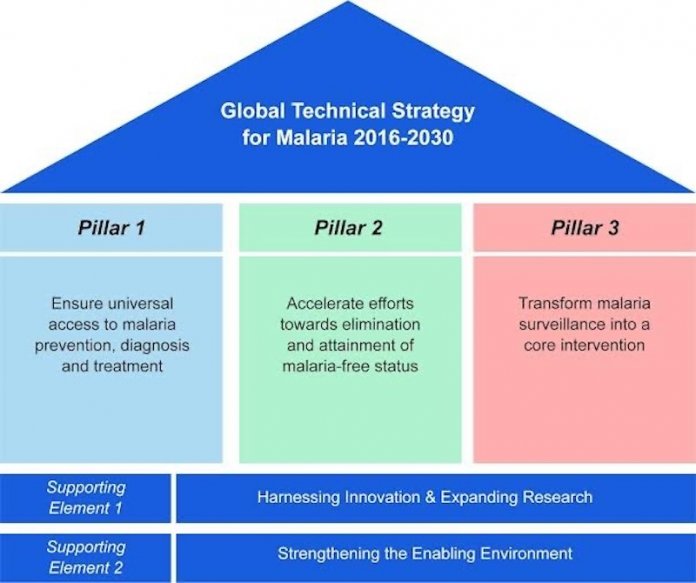 Onyebuchi Ezigbo writes that the worrisome statistics of malaria prevalence in Nigeria has necessitated the need to up anti-malaria intervention as a weapon against pervasive poverty, especially in rural areas

For many years, Nigeria and Africa have been ravaged by the scourge of malaria, causing many deaths and weakening the economy of the local populace. The statistics on malaria prevalence in Nigeria is as worrisome as the pervasive poverty it has created for the citizens.

The transmission season can last all year round in the south and is about three months or less in the northern part of the country. One interesting aspect of the Nigerian situation is that the burden of malaria is three times greater among rural dwellers in comparison to urban dwellers.

According to the 2015 Malaria Indicator Survey, malaria prevalence among children under five years of age was 27 per cent, however, there are significant regional, rural-urban, and socioeconomic differences.

The 2015 Malaria Indicator Survey in Nigeria indicates that malaria and severe anaemia were double fold more prevalent in rural children than their urban counterparts.

In addition, the study stated that malaria prevalence among children in the lowest socioeconomic group is 11 times that of those in the highest socio-economic group (43 per cent vs. 4 per cent).

Another WHO report indicates that public health care system makes up 67 per cent of all healthcare facilities in Nigeria and this is divided into three levels: federal, state and local government areas (LGA) or National Primary Health Care Development Agency (NPHDA).

According to the assessment report, federal government receives funds for malaria control from the Global Fund. It also negotiates additional loans from the World Bank, the African Development Bank, the Islamic Development Bank and USAID’s President’s Malaria Initiative, among others.

The country has similarly been funded by DFID as well as a number of nongovernmental players. Private sector companies in the extraction industry have also implemented malaria control programmes.

National Malaria Elimination Programme ( NMEP) and the Catholic Relief Services (CRS) are the main recipients of the funding assistance from the Global Fund (GF) playing coordinating roles, while Malaria Consortium (MC), Management Services for Health (MSH) Society for Family Health (SFH) are sub-recepients engaged in direct implementation of the anti malaria programmes in 13 states presently supported by the Global Fund.

Findings have shown that there is a correlation between malaria disease prevalence and the endemic poverty presently ravaging most parts of the sub Saharan Africa.

One of the stakeholders in the implementation of anti malaria intervention programme in Nigeria and Cordinator of the Civil Society in Malaria Control, Immunisation and Nutrition (ACOMIN),
Ayo Ipinmoye, said malaria and poverty are intimately connected.

He went further to state that as a root cause and a consequence of poverty, malaria is most intractable for the poorest countries and communities in the world that face a vicious cycle of poverty and ill health.

According to Ipinmoye, whose outfit is involved in facilitating and tracking of anti malaria programmes being sponsored with grants from the Global Fund, the Earth Institute of the University of Colombia had described malaria as the disease of the poor. Professor Jeff Sachs of the Institute said that ending malaria is the most important priority in lifting Africa out of poverty.

He further observed that it is no coincidence that the only parts of Africa that have significantly reduced malaria are the northern and southern tips, home to the richest countries on the continent. In the Western Hemisphere, the University Don said the country with the worst malaria case prevalence, Haiti, also happens to be the poorest country in that region.

Looking at the Nigeria’s scenario, there is no doubt that malaria has a direct linkage with the level of poverty in many communities. However, not much effort has been made towards eradicating malaria in Nigeria.

It is either the resources to tackle the malaria scourge or genuine desire to do the needful is lacking. Just as budgetary allocation to the health sector had remained at the lowest ebb for many years running, funds devoted for anti malaria campaign if any has remained nothing to write home about.

As one who is in a poaition to know the true picture of things, the National Malaria Eradication Programme (NMEP), said that the current level of funding of the health sector by government is unacceptably low.

Dr. Lilian Oguguo who represented the coordinator of NMEP at an assessment programme organised by ACOMIN in Abuja said that the country is presently not properly covered by anti malaria programmes, adding only 13 states are being covered by the Global Fund-assisted malaria elimination programme.

Oguguo also stated that the federal and state governments have been failing in their responsibility to provide counterpart funds where such are needed. “Nigeria is grossly living on borrowed money for funding our health intervention programme ” she said.

Oguguo’s recommendation was that the federal government should declare a national emergency on malaria disease just it did with the fight against COVID-19 pandemic.

She stressed that the declaration of state of emergency on malaria eradication will enable more funds and attention to be devoted for tackling malaria, especially now that funds from major donor agencies, like the Global Fund are shrinking.

Most of the stakeholders in the health sector are of the opinion that if adequate attention and resources are deployed towards eradicating malaria, the country can achieve more positive results even much more than the ongoing anti COVID-19 campaign.

Some people are pushing for similar efforts like the ones made to get Nigeria to observe series of COVID-19 health protocols to be replicated in educating and sensitising the public to imbibe good environmental practices and use of mosquito nets to keep away mosquitoes.