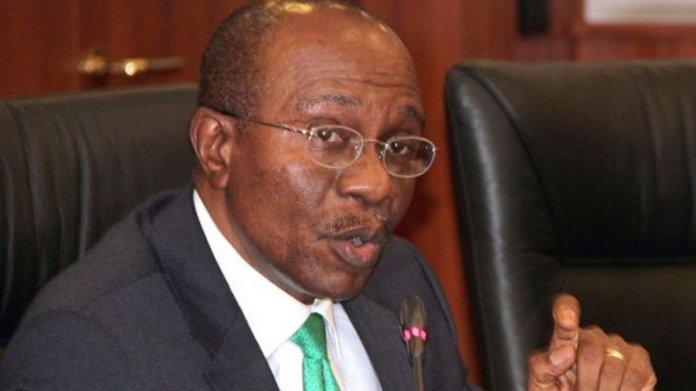 The Coronavirus pandemic (COVID-19) took the world by storm in a manner that inflicted destruction, the like that can only be associated with hurricanes. This disease that first reared its ugly head in Wuhan China brought in its wake devastation of the worst kind. The so called developed countries, with all the scientific and technological advancement they usually boast of, had no answer to the harm the virus was and still wrecking on their socio-economic systems.

Life as everyone knew it, came to a sudden halt. Healthcare facilities of even the most sophisticated societies were challenged and brought to their knees. The effect of the Great Depression of the 1930s fade in comparison to the negative impact of this disease on the economy of the world. The extent of job loss not to talk of loss of lives as a result of the pandemic is still being studied just as nations are re-engineering their economies to mitigate the horrors caused by COVID-19 across all sectors.

In Nigeria, the story is the same in terms of a slow down on life of the people. But the interventions by the Governor of the Central Bank of Nigeria (CBN), Mr Godwin Emefiele, prevented Nigeria, in a very significant way, from experiencing a larger contraction of the economy.

Like a man who saw the future, his intervention in the agricultural sector, pre-COVID-19, through the Anchor Borrowers Programme (ABP), for instance, saved the nation from the horror of starvation when, in response to the pandemic, borders were shut and imports all but fizzled out. But Emefiele’s key interventions and measures which the CBN deployed to respond to disruptions caused by COVID-19 were applied with the dexterity of a genius out to make a difference. And, indeed, he did.

These policy measures include but are not limited to the extension by one year of the moratorium on principal repayments for CBN intervention facilities as well as the regulatory forbearance that was granted to banks to restructure loans given to sectors that were severely affected by the pandemic.

The CBN Governor also put in place a policy that reduced the interest rate on apex bank’s intervention loans from 9 to 5 percent and also strengthened the Loan to Deposit ratio (LDR) policy, which has resulted in a significant rise in loans provided by financial institutions to banking customers. Loans given to the private sector, have risen by over 21 percent over the past year.

It is also important to note that within that period, households and Small and Medium Enterprises (SMEs) were literally brought to their knees as some were at the verge of liquidation. It was, on all fronts, a trying time for this sector of the economy which, by its very nature, had the capacity to create job opportunities which this virus threatened.

Emefiele and the CBN rose to the demands of the time and salvaged what would have been a monumental disaster not just to those businesses and households but the economy of the nation as a whole. By creating a N100 billion credit facility directed at the affected households and small and medium enterprises through the NIRSAL Microfinance Bank he not only gave them succour but also gave that sector a much needed kiss of life.

One area of the nation’s life that received a direct hit from the pandemic is, without doubt, the healthcare delivery sector. At the best of times, that sector has its shortcomings. The pandemic exposed it in all its ugliness necessitating an urgent measure if the people were not to suffer even more from the disease that was killing in hundreds and thousands.

Again, the CBN took up the challenge and created a N100 billion intervention fund in loans to pharmaceutical companies and healthcare practitioners intending to expand and strengthen the capacity of the healthcare institutions. Not done, the apex bank on the watch of Emefiele further put in place another N1 trillion facility in loans to boost local manufacturing and production across critical sectors in addition to developing a framework within which to provide financial support in the fight against COVID-19 through a fund that is also aimed at encouraging research development in the country.

“In order to encourage greater research and development in Nigeria of drugs and vaccines that would help prevent the spread of the virus, the CBN is developing a framework under which grants and long-term facilities will be provided to researchers, science institutions and biotechnology firms to develop the Nigerian vaccine,” he said.

With all these, the CBN Governor expects that a recovery in the growth rate of the country by Q3, 2020 due to the following developments in the nation: a phased withdrawal of the lockdown measures; resumption of travel by land and air; improvements in crude oil prices from $19 in April 2020 to an average of $44 in August 2020; and continued implementation of the CBN interventions in the agricultural and manufacturing sectors.

In spite of the effect of the pandemic, the CBN is optimistic that there will be a continued growth in the Nigerian banking sector. The CBN Governor highlighted the fact that the ultimate strength of the financial system will invariably rely on the following three key factors: ensuring that banks have adequate capital buffers to withstand similar pandemics; developing adequate internal controls that can identify potential risks and putting in place measures to contain that risk; being able to adapt business models to changes taking place in the business environment.

As the task to cushion the Nigerian economy from further harm as a result of the pandemic becomes all encompassing, Emefiele made it clear that it is not what CBN alone can handle. It requires an input from the banking and financial system which is expected to support the growth of the economy by focusing on Agriculture, Information and Communication Technology and Infrastructure Financing.

Another positive fallout of the Emefiele policy interventions in the economy during this COVID-19 hard times, is the approval given by President Muhammadu Buhari to the establishment of a CBN-led Infrastructure Company. This Infra-Corp, as it is known will, working in partnership with the African Finance Corporation and the Nigerian Sovereign Investment Authority (NSIA), enable the use of private and public capital to support infrastructure investment that will have a multiplier effect on growth across critical sectors of the economy.

It is pertinent to point out that Emefiele has been able to keep the economy afloat despite the very harsh environment brought about by a disease that, as yet, has no cure. He was able to achieve this by thinking outside the box, by refusing to be fixated to the traditional functions of the apex bank which mainly have to do with initiating and managing monetary policies as well as ensuring financial system’s stability. Much as these have continued to remain effectively on the CBN’s turf, the Governor’s wise decision to get actively involved in building and developing the economy through a well thought out diversification policy that is beginning to harness the solid minerals’ potentials of the country in addition to the well-known economic power base that agriculture is. This launch out by the CBN has helped largely in literally snatching the economy from the jaws of COVID-19.

Kabir, wrote in from Abuja