President Muhammadu Buhari has ordered ministers to return to their home states to douse tension from the recent EndSARS riots. But Nseobong Okon-Ekong notes that this may be an opportunity to assess the performance of the ministers and the presidency

One of the major outcomes of the two weeks of rage that swept through Nigeria on the platform of the EndSARS campaigns is the insistence of President Muhammadu Buhari to have members of the Federal Executive Council, largely ministers, return to their various states to douse the tension.

Whether planned or unintentional, this is one trip many of the 44 ministers may not like to embark on, perhaps not at this time, when emotions are running high and prominent politicians have become the target of arsonists and the rampaging mob. Not a few of the ministers have kept their distance from their homestead since their appointment. On very rare instances when they visit home, they are shielded from contact with the people by their security personnel and myriad of aides. Coming back to their constituents on the specific instruction of the President leaves them with little option. The quagmire they have found themselves in is that many of them, arguably, like Buhari himself, have lost all the goodwill they previously enjoyed. Only a handful of ministers can return to their homesteads without the complement of security details to keep would -be mischief makers at bay. Even at that, they will weigh all the options because the anger in the land cannot be kept within logical confines.

For others, there is the additional challenge of returning to a hostile State Governor, and this is not about belonging to the same political party. In Kwara State, for instance, Minister of Information and Culture, Mr. Lai Mohammed and Senator Gbemisola Saraki, Minister of State for Transportation may have an uneasy time.

The ministers were directed to meet with stakeholders to explain federal government’s efforts to meet the demands of the youths.

The media reported that the cabinet members were told to go to their states “to solicit the support of political, traditional, religious and community leaders against the violence that emanated from #EndSARS

“President Muhammadu Buhari,” it was reported, “is soliciting the support of all other political leaders in the state to properly address the people of the state on the need to dispel any rumour that is tantamount to creating disunity among Nigerians and also throw the nation into crisis.”

As politicians are wont to take selfish advantage of any situation, the EndSARS campaigns and the looting and arson that followed may be an opportunity to settle political scores, as some have suggested already. One thing is clear, the ministers will have to be at their diplomatic best not to rock the existing fragile relationship with some of their governors. One indiscreet word or sentence may be spurn out of context by rumour mongers. For now, it may just be fine to visit the governor and allow him speak, while the minister throws in a healthy dose of assurance and commendation for what the governor has done to curtail further crises. What is needed now is to heal. No doubt the race for political offices in 2023 has begun in earnest. And the worst struggle for power may actually be recorded in states where the All Progressives Congress (APC), which controls the central government also rules the state.

Here is a look at some of the categories into which the 44 ministers fall as they go back to their respective states for a critical assessment of their performance by their constituents and to carry out Mr. President’s assignmemt to calm frayed nerves over the EndSARS campaigns, which turned violent.

Incidentally, some ministers in this category have been in Buhari’s cabinet since his first tenure in 2015. Going by their track record of little or impact, they should not have made the list of 14 ministers who were reappointed to serve in the president’s second tenure. Many in this category have not been captured for service delivery to the public in order to quantify their performance and the direction of their ministry. They include Sharon Ikeazor from Anambra State, Ministry of Environment. Mrs. Ikeazor may have a difficulty with explaining why her State is caving in in many parts under the menace of erosion, Ambassador Maryam Katagum from Bauchi is the Ministry of Industry. In the Budget Ministry, Mr. Clememt Ike represents Edo State. From Borno State, Mustapha Baba Shahuri was called to serve in the Ministry of Agriculture and Rural Development. The voice of Ramatu Tijani from Kogi State is hardly heard in the Ministry of the Federal Capital Territory. If Mohammed Abdullahi from Nasarawa State is visible in the Ministry of Science and Technology, it is for perfunctory roles like attendance of meetings. The same may be said of Zubair Dada from Niger State who serves in the Ministry of Foreign Affairs. In the Ministry of Niger Delta Affairs, the impact of Senator Tayo Alasoadura is hardly felt. One thing that is common to all the ministers in this category is that they no longer have the power or command the influence they once had.

The ministers lumped into this section are not necessarily recommended for being outstanding in their duties. What is not in doubt is that they have a shrewd understanding of how to deal with publicity and the media. Sometimes, these ministers do not deliberately crave attention, but unwittingly find themselves in the centre of the storm. Senator Godswill Akpabio from Akwa Ibom State who is in charge of the Ministry of Niger Delta Affairs, Dr. Chris Ngige from Anambra State who supervises the Ministry of Labour and Employment, Mr. Festus Keyamo from Delta State who works with Ngige in the same ministry. In fact, Keyamo is a good example that a Minister of State can retain his shine without having loggerheads with his senior colleague. Mr. Emeka Nwajiuba from Imo State also commands a lot of attention as Minister of State in the Ministry of Education. Other ministers who are frequently in the spotlight include Geoffrey Onyeama, Minister of Foreign Affairs from Enugu State, Zainab Ahmed from Kaduna State who is the Minister of Finance and Hadi Sirika from Katsina State, Minister of Aviation. Out of Kebbi State comes, Mr Abubakar Malami (SAN), Minister of Justice and Attorney General of the Federation, Mr. Adeniyi Adebayo from Ekiti State who is the Minister of Industry, Mr. Lai Mohammed from Kwara State, Minister of Information and Culture, Mr. Babatunde Fashola (SAN), Minister of Works and Housing from Lagos State, Mr. Rauf Aregbesola from Osun State, who is the Minister of Interior and Mr. Rotimi Amaechi, Minister of Transportation from Rivers State who always moves around with a team of journalists. These ministers know how to use skill and cunning to get an advantage in the media, thus they frequently swim the tide of controversy even against strong opponents, but later come out stronger than before.

Often, these ministers are completely surrounded by national issues that generate so much heat that it tends to split the country. Their performance or the lack of it may also have directly weakened the APC, and frequently give ammunition to the opposition, Peoples Democratic Party (PDP) to fire acerbic criticism at the ruling party. These include the Minister of State, Petroleum, Mr. Timipre Sylva, from Bayelsa State. President Buhari from Katsina State holds the portfolio of Petroleum Minister. Others in this category are Sadiya Umar Faruk from Zamfara State who is the Mjnister of Humanitarian Affairs and Disaster Management, Minister of Power, Sale Mamman from Taraba State, Maigari Dingyadi from Sokoto State, Minister of Police Affairs, Mohammed Bello from Adamawa State, Minister of the Federal Capital Territory, Adamu Adamu, Minister of Education from Bauchi State, George Akume from Benue State, who is the Minister for Special Duties, Dr. Osagie Ehanire, Minister of Health from Edo State, Bashir Magashi from Kano State, Minister of Defence, Sabo Nanono from Kano, Minister of Agriculture and Rural Development and Isa Pantami, Minister of Communications. Much of the policies of the APC Federal Government that have got people groaning and complaining are directly packaged and implemented by these ministries. If the Buhari government is perceived as clumsy and ineffective, it is the outcome of policy execution and implementation by these ministries. The performance of the APC in future polls, particularly the 2023 national elections may depend on how well these ministers strengthen their commitment to particular strategies or course of actions that can yield quick positive in-your-face results.

The EndSARS rioting may have compelled President Buhari to send his ministers on this fence-mending assignment, initially, but this may very well be the wake-up call that this administration badly needs. This is actually a very good exercise depending on how serious it is carried out. It is a plausible feedback mechanism that should be done at strategic intervals to restore confidence in the administration and garner the support of voters.

As politicians are wont to take selfish advantage of any situation, the EndSARS campaigns and the looting and arson that followed may be an opportunity to settle political scores, as some have suggested already. One thing is clear, the ministers will have to be at their diplomatic best not to rock the existing fragile relationship with some of their governors. One indiscreet word or sentence may be spurn out of context by rumour mongers 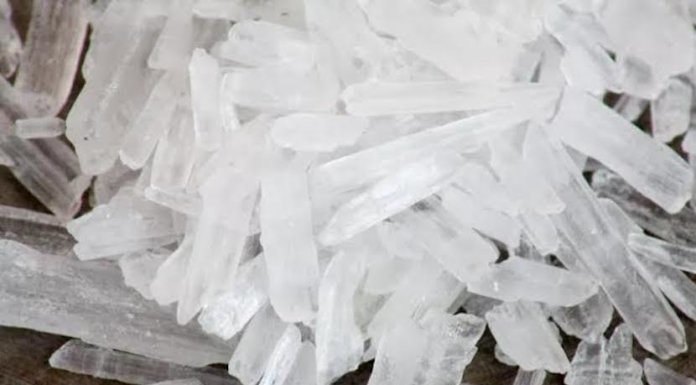