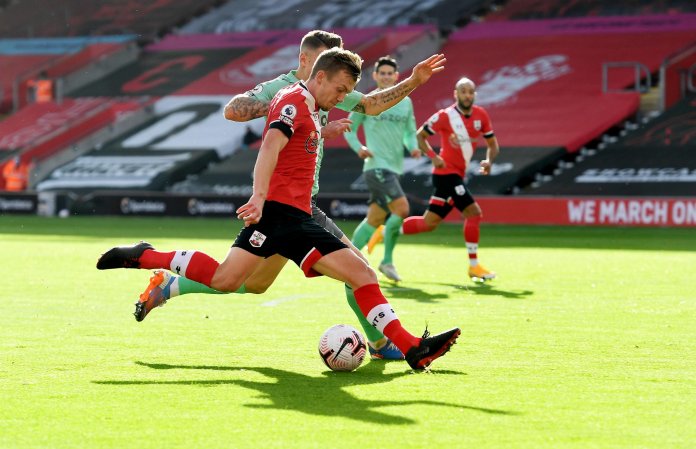 The last remaining unbeaten record of the English Premier League season was ended as leaders Everton on Sunday evening crashed 2-0 defeat against an impressive Southampton at St Mary’s.

James Ward-Prowse beat Jordan Pickford with a ferocious finish before Che Adams doubled the lead with the help of a deflection, Danny Ings involved in both goals.

Everton went into the game having taken 13 points from their first five games but missed injured captain Seamus Coleman.

Stand-in skipper Gylfi Sigurdsson struck the bar from 20 yards when the game was goalless, but the visitors struggled to seriously test keeper Alex McCarthy and finished the game with 10 men.

Full-back Lucas Digne was shown a straight red card after a nasty challenge on Kyle Walker-Peters, the second successive game in which Everton have had a player sent off after Richarlison’s dismissal in last week’s Merseyside derby.

It is one year since Southampton were humiliated 9-0 by Leicester Cityin front of their own fans, a result that had many questioning Ralph Hasenhuttl’s future.

Despite losing the next three league and cup games, Saints opted to stick with the Austrian and their loyalty has paid off.

This was their 16th win in 34 top-flight games since the crushing Leicester result, and it was every bit as impressive as last season’s eye-catching victories.

During a dominant first-half display, England forward Ings provided the pass for Ward-Prowse to smash beyond Pickford before delivering a cross for Adams to send a deflected shot past the Everton keeper.

Saints played with intensity and purpose.

Elsewhere, Jacob Murphy’s late free-kick rescued a point for Newcastle just minutes after Wolves had taken the lead at Molineux.

The Newcastle midfielder bent his low effort around the wall and just inside the post past goalkeeper Rui Patricio following Raul Jimenez’s opener.

The Mexican had fired home with 10 minutes to go of what had been a lacklustre encounter that Wolves had dominated for long stretches.

Both sides managed just one shot on target in the first half, and while the hosts seemed the likelier to take three points they had to settle for a point that takes them into seventh

editor - November 29, 2021 3:54 am
7
BEHIND THE FIGURES By Ijeoma Nwogwugwu ijeoma.nwogwugwu@thisdaylive.com I was bewildered last Thursday when Sharon Ikeazor, the Minister of State for Environment, declared that the Nembe oil spill,... 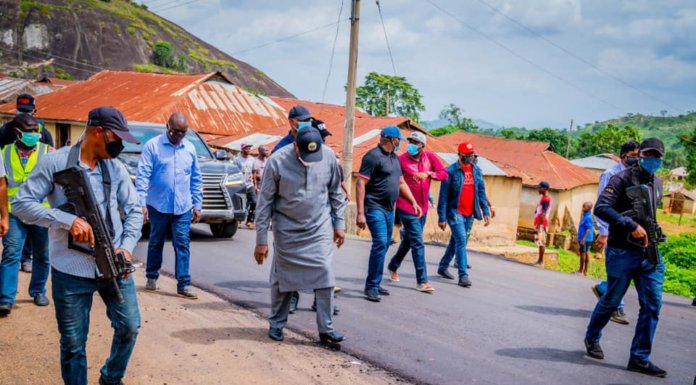