The links between the Igbo and Yoruba are inseparable, writes Adewale Adeoye

In the past few days, the history and security of Nigeria has been drastically put to test. We have experienced three days of rage that nearly shook the country to its foundation. The justifiable #ENDSARs campaign was launched following a video shot by a young man in Delta state after reports of a victim’s right violations. The video travelled by air and hit Nigerian cities with echoes across the world. In this discourse, some Northern States claimed SARs should be retained, underlining the clash of values and the conflict of security aspirations in a what ought to be a federal state that insists on a garrison structure.

Lagos unexpectedly suffered the most astonishing carnage. Democratic institutions were attacked in the most savage manner. The economic nerves of the city of Lagos were shattered and threatened, Nigerian Ports Authority, (NPA), Tin Can Island, the Bus Rapid Response, (BRT), factories and workplaces. The TVC and The Nation, two outstanding media institutions that over the years have provided balanced source of information, material means of livelihood and a pride to free flow of information was set ablaze by criminals. Nigerian cities, Lagos inclusive, have no defensive architecture against her monumental and historical infrastructure. Political leaders are more protected than public institutions. Response to emergencies are compounded by a very poor and chaotic town planning regime. The governments have no community response mechanism to deal with possible religious, cultural, ethnic conflict and violence in a highly inflammable country.

The original protesters had a noble aspiration, put asunder and trampled underfoot by rogues. They demanded for an end to police brutality; they wanted respect for mankind and the preservation of the dignity of man. These are rare privileges in Nigeria where human lives are akin to a cockroach on the sidewalk. Two events were said to have led to the human and material butchery: The violent dispersal of protesters and the hijack of the consequence by a spineless group waiting in the dark to seize the momentum. But underlining factor is the state of hopelessness of millions of Nigerians who live in misery in the face of arrogant display of opulence by gutless leaders who create a system that threatens their own lives and put apart the lives of their families.

This state of affairs was only accentuated by the COVID-19 scourge, trailed by poor response from political and economic institutions and compounded by unskillfulness on the part of drivers of the country’s ship. In September, when Nigeria began to unlock the country after months of shutdown, the government committed a grievous error when it brought in electricity bill and petroleum price hike. This aggravated the bottled-up disenchantment. The Nigerian Labour Congress, (NLC) and the Trade Union Congress, (TUC) with about five million members were expected to harness public anger and give it direction. The notoriously ambivalent and treacherous labour failed. Labour betrayed the people. The people became even more desperate. An organized platform that the people needed threw them into the wilderness, without a shepherd. This gave birth to the spontaneous organization that rose to take the lid off a boiling saucepan. Without the #ENDSARs protest, let us not delude ourselves, there could have been spontaneous riots and protests across the country. After reports of violence were reported in the social media after the Lekki attacks, the city erupted in flames.

It was in this state that Nnamdi Kanu, the leader of Indigenous People of Biafra, (IPOB) came on stage with an audio that is now a household horror. Kanu was calling on his men to attack strategic assets and political figures in Lagos. The audio was received by me the second morning after the Lekki mayhem. All day and all night, I received uncountable calls from Pan Yoruba and Pan Igbo groups, given my position as the leader of a group that has been involved in peace building and conflict prevention across Nigeria and most recently with strategic focus on the South West with the support of Ford Foundation, West African Region and the Institute of International Education, based in New York.

The last in the series of events I organized was on Monday August 23, 2020. Participants came from across Nigeria including Suleiman Abdullazi, who had sometimes ago gave Igbo in the North to quit the region, Shetimma Yerima, all leaders of Arewa Youth Consultative Forum, (AYCF) and the Coalition of Northern Groups, (CNG), other critical Northern Youth groups, Ohanaeze Youths, Kanuri, Ijaw, Itsekiri and many groups representing different ethnic groups in Nigeria. Leaders of O’odua Peoples Congress, (OPC), Agbekoya, Oodua Nationalist Coalition, (ONAC), Coalition of O’odua Self Determination Groups, (COSEG) and many others were at the event. On March 10 this year, we had organized a similar conference with young ethnic leaders from Lagos State. The two events drew what is akin to Memorandum of Understanding, (MOU) to ensure peace and stability among ethnic groups in Nigeria. In Lagos alone, we have a network of some 300 young leaders of ethnic, cultural and religious formations that can be connected to prevent conflict. On receiving Kanu’s audio, I knew if nothing was done, Lagos and other cities in the South West and beyond would be on fire. I called leaders of the more than 26 self-determination groups in the South West.

I had extensive discussion with the Aare Onakakanfo, Iba Gani Adams. I also sent the video to him. I was impressed with Aare’s position. He holds the strong view that everything must be done to prevent violence between the Yoruba and the Igbo. We spoke consistently to the late hours, most of the time not able to reach each other, because he was either too busy on other calls or I was also engaged calling others. I spoke with Development Agenda for Western Nigeria, (DAWN) leaders, Afenifere Renewal Group, (ARG), Aare Agbekoya, Chief Oshodi Thompson and countless OPC and ONAC community leaders in at least 50 towns and villages in Yorubaland. We began zoom meetings, day and night. Anger was at boiling point. People were anxious to revenge, but it is to the glory of these Pan Yoruba groups, that wisdom prevailed. Ironically, none of the South West Governors made any call to the leaders of the Pan Yoruba groups, whose members form the social and cultural fulcrum of Yorubaland. The leadership of the groups in recent times has been working with many Igbo organisations home and abroad. This helped. The conclusion is that, revenge is always counter-productive.

There are many strategic considerations why vengeance was defeated. First, Kanu was opportunistic. He did not speak for the Igbo population. His caustic remarks merely fueled his ego with desperation to give false impression of a leader with charm grip on his followers. Secondly, his statement did not reflect the realities of the violence and its dynamics. Thirdly, the Igbo and Yoruba have a magic synergy that appears not to exist among any other nationality in Nigeria: in the work places, in housing estates, in shanties, in schools, market places, beer parlours, face-me-I-face-you and above all in the spiritual realm mainly churches. Material and cosmic relations bring them together and even bind them almost in ways inseparable. In the past few years, the number of inter marriages between Igbo and Yoruba have tripled. The third generation of Igbo in Yoruba territories speaks Yoruba as their first language. Many of them when they travel to the East and are to return would say they were ‘going back home.’ Even if Biafra emerges today I do not see how the cordial relationship between Igbo and Yoruba would be a minus. In Yoruba villages, Igbo have remarkable dominion. To upturn this amazing cobweb for any reason is tackles, reckless and irresponsible. On both sides, there are extremists, worse than Kanu. It is the responsibility of leaders on both sides, young and old, men and women, armed and defenseless people alike, to exterminate base instincts and advance values that protect and glorifies the lowest and highest common factors of unity and prosperity between the two great empires. This should be the stand of any responsible people or individuals. This is the position that will advance humanity and protect the heritage of the two great nations. This is the position we should all defend with all our might.

Adeoye is the Executive Director, Journalists for Democratic Rights 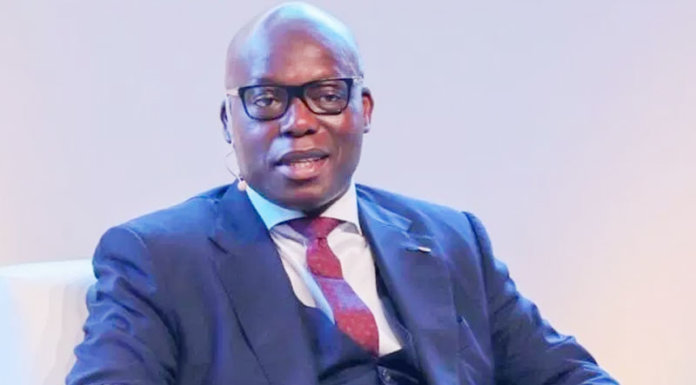