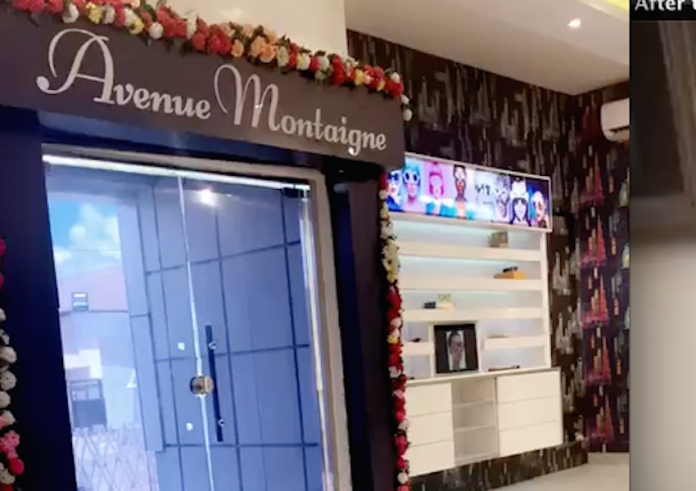 Following the violence ignited by the Lekki Tollgate shooting, some miscreants on Wednesday vandalised a luxury art and fashion gallery, Avenue Montaigne, in Lekki Lagos and looted goods worth $300,000.

The Company Secretary and wife of the CEO, Mrs. Wendy Ayodele, noted that the incident occurred around 3pm on Wednesday.

She said: “The two-in-one Avenue Montaigne, located at 16b Adewunmi Adebimpe Drive, Lekki, is a fashion and art gallery store where we sell high end designers for both male and female.”

Avenue Montaigne, which comprises an official showroom and a boutique, was left in shambles after the vandalism, according to Ayodele.

She bemoaned: “The hoodlums went into the showroom, took the TVs and the computers. They took everything in the store.

“All the new arrivals I brought in on Monday October 19 were taken.”

For the store alone, she said, we lost about N80 to N100m for all the products. “The back is just the TVs and computers of about N7m.”

On whether she was aware of the call for assistance by the Lagos State government for those whose facilities were looted, she said, “I filled the form this morning and sent in pictures and all the requirements”.

See videos of before the after the looting.