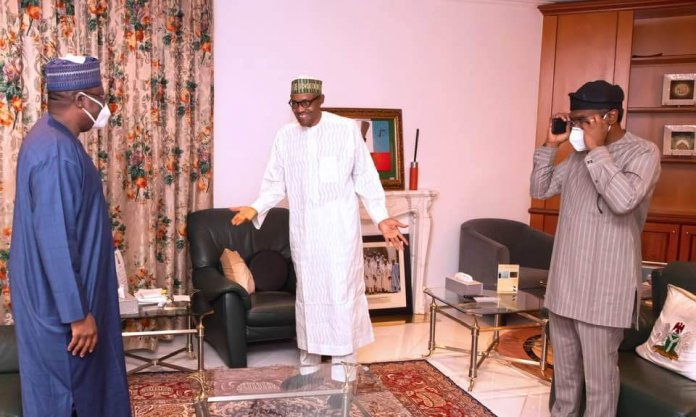 Last week’s intervention by the National Assembly in the #EndSARS protests by youths in some parts of the country had its effect in assuaging nerves, nonetheless the eventual hijack of the initiative by thugs. Adedayo Akinwale and Udora Orizu write

The campaign against police brutality did not start today and it stemmed from years of gory experiences, which culminated in the sudden, long awaited but necessary end of the Special Anti-Robbery Squad (SARS), a controversial unit of the Nigerian Police Force with a long record of abuses.

The campaign started in 2017 on Twitter using the hashtag #ENDSARS to demand the Nigerian government eliminate the force. However, after experiencing a revitalisation in October 2020, mass demonstrations began throughout Nigeria in major cities, and the hashtag had 28 million tweets.

What actually triggered the recent protests that saw an end to the brutal police unit was a video that started trending on social media on Saturday 3 October 2020, showing a SARS police officer shooting a young Nigerian in front of Wetland Hotel, Ughelli, Delta State. The trending video caused public outcry on social media, especially on Twitter, with the #ENDSARS hashtag trending.

Also, on the social media, Nigerians have shared both stories and video evidence of how members of SARS engaged in kidnapping, murder, theft, rape, torture, unlawful arrests, humiliation, unlawful detention, extrajudicial killings, and extortion in Nigeria.

But within a few days of renewed protests, the Nigerian Police Force announced it was dissolving SARS on Sunday, 11 October 2020. However, many noted similar promises had been made in recent years, and that the government planned to reassign and review SARS officers to medical centres rather than remove them entirely.

As such, the protests continued accordingly, while there have been international demonstrations in solidarity with those happening in the country.

Before the Tuesday, October 20 episode at the Lekki Toll Gate by the military, the National Assembly had intervened and also promised to put in place legislation to ensure police reform.

The Senate, on October 20, had asked President Muhammadu Buhari to immediately address citizens over the ongoing #EndSARS protests in the country.

President of the Senate, Dr. Ahmed Lawan, had on October 18th called for an end to the #EndSARS protests after a closed-door meeting with the president in the company of the Speaker of the House of Representatives, Hon Femi Gbajabiamila at the State House in Abuja.

The resolution followed a motion sponsored by Senator Biodun Olujimi, representing Ekiti South senatorial district. The Senate also directed the police to offer protection to the #EndSARS protesters to prevent hoodlums from hijacking their genuine action. Moving the motion on the floor of the Senate on Tuesday, Olujimi said police brutality could be traced to the colonial days.

The lawmaker expressed dismay that despite the dissolution of the Special Anti-Robbery Squad by Mohammed Adamu, Inspector-General of Police, police officers had continued their assault on citizens.

She recalled that in June 2020, Amnesty International in a report documented that between January 2017 and May 2020, there were 82 cases of torture, ill treatments and extra-judicial killings of Nigerian citizens by the Special Anti-Robbery Squad. She also called for improved welfare for police officers.

The motion was put to a voice vote by the Senate President and was adopted.

However, following the Lekki Tollgate shooting, Chairman of the Senate Committee on Women Affairs, Senator Betty Apiafi, and the immediate past Deputy Senate President, Senator Ike Ekweremadu, on Wednesday, condemned the development.

Apiafi, who addressed journalists at the National Assembly, urged President Muhammadu Buhari, to order a probe into the situation and bring the errant soldiers and their commanding officer to justice.

Ekweremadu, on his part, called for justice for everyone, who had fallen victim of government’s action or inactions in the face of the nationwide protests.

He said the rights to peaceful assembly remained guaranteed by the Constitution and that any unilateral imposition of curfew was unconstitutional. He, however, stressed the need to arrest and prosecute criminals, who had taken advantage of the protests to cause loss of lives and properties.

Intervention from the House

The House of Representatives, while condemning attack on peaceful protesters said it would collaborate on new law against police brutality with the Nigeria Bar Association (NBA).

The decision stemmed from some resolutions they passed last week to address the issue of police brutality against Nigerians, one of which is to amend the constitution and come up with other legislation to curb the excesses of the police.

Speaking during a courtesy call by the NBA leadership in his office, Gbajabiamila, said the provision of Section 215 (5) of the 1999 constitution (As Amended) almost gives the police absolute immunity against their excesses, hence the need to amend that section.

The Speaker, who said the House could not do it alone, sought the support of the NBA to achieve its set goal on addressing police brutality.

He said: “I want to use this opportunity to congratulate Nigerians out there, who have been part of this struggle, and I want to appeal at the same time that we should apply the brake, perhaps, a little and see what will be done. In the House, before the protest, we made a statement. I made a statement on the floor of the House. We made far-reaching resolutions. We’ve been very proactive on this issue.

“We’re determined to pursue the resolutions of the House forcefully. Our resolutions included that we discovered that Section 215 (5) almost gives absolute immunity to the police over what they do. So, for a start, we feel we should begin with amending the constitution and deleting that offensive section. I believe it was well intended, but now that it’s obnoxious.

“From that, we can raise any other reforms to look at the complaints from the public, from the NBA, the civil societies among others. We’re waiting for the IG to send us the list of policemen that had complaints against them in the last five years. We’re also waiting for the list of the victims so that they can be compensated. We’re beginning the budget process, and we want to make sure that there’s a line item that would ensure they’re compensated. The resolutions also talked about police reform. We have already passed the Police Reform Act, but we need to do more. We need to look at the conditions of service among others too.”

The Speaker also announced that the House would raise an ad-hoc panel that would interface with the NBA on the issue of police brutality and others.

Concerned about the Lekki tollgate situation, Gbajabiamila, on October 21 emphasised the need to make adequate provision for compensating victims of police brutality, saying he would not sign off on the 2021 Appropriation Bill unless it includes the item.

He also said the bill must provide for reasonable demands of the Academic Staff Union of Universities (ASUU), which the government has accepted.

The Speaker lamented that the current system does a great disservice to the youth hence they must commit to changing it so that they can free the institutions of higher learning to be citadels, where innovation thrives, and excellence is a given.

According to him, a bill, to hold erring police operatives accountable for their actions is currently underway. He said he and some members of the House will next week visit some of the families of those who have lost loved ones to police brutality.

He assured Nigerians that the House would pass an electoral reform bill in time for the next general election so that they might continue to improve the process of electing political representatives at all levels.

The Speaker pledged his support for the amendment of the constitution to ensure that provisions on fundamental human rights have teeth, resource control is dealt with equitably and that the next generation of Nigerians does not inherit evident dysfunctions of the current system.

Gbajabiamila therefore appealed to the youth to end the protests while the government works towards meeting their demands.