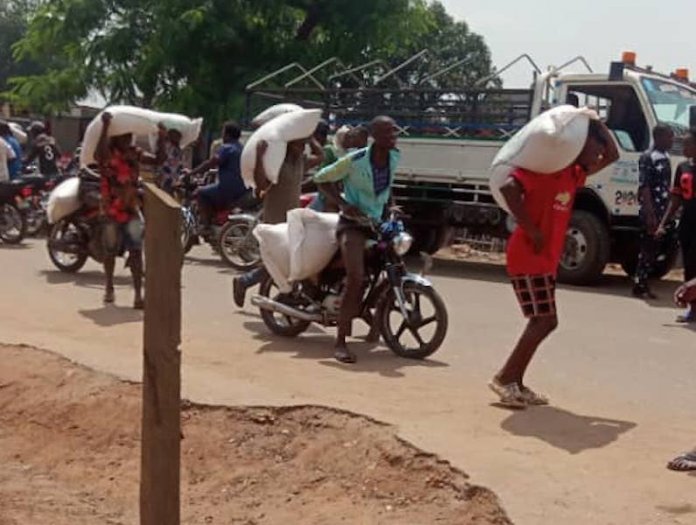 During the raid, the mob made away with several bags of food items, notably rice, cartons of milk,
gallons of vegetable oil, canned foods, cartons of noodles, cereals and other items.

Policemen at the scene were overpowered by the mob of looters.
Many of the looters brought tricycles and motorcycles to load their loot.

The Idu area has many factories which have warehouses for storage.