Even at his low moments, Lagos State Governor, Babajide Sanwo-Olu, has continued to discharge himself equitably. Olawale Olaleye reckons

There’s a certain school, which contends that there’s nothing esoteric about governance. That submission, curiously, simplifies the idea of leadership in the most elementary language possible. But, good a thing, that same school didn’t fail to add that sound leadership, as it were, is not one that emerges from a random crowd. The balance, therefore, is where the substance sits.

The Lagos State Governor, Babajide Sanwo-Olu is not unlucky as some are wont to reason. Time and chance have only cut out his job for him with a difference that not only distinguishes him, his style and era, but also constantly puts him to capacity test.

Perhaps, it’s trite to infer that Sanwo-Olu, the governor of Nigeria’s most cosmopolitan state, has not had a full month of respite since assuming office on May 29, 2019. It’s been from one crisis to another in a sense that presupposes, with a much clearer understanding, that the leadership of Lagos – the commercial nerve centre of the country – is not for the faint-hearted.
How about a concise review of his less than two years reign and some of the challenges that have so far typified his governorship?

Upon assuming office, Sanwo-Olu was hit by the general but familiar expectations, which often spur a leader to hitting the ground running, coming also from Lagos, which is believed to have a standard and long time development plan.

But to understand the situation report, it probably took longer than expected and he began to face attacks from all fronts, a majority of which insinuated lack of capacity. And then, the challenges started to show up in phases and in quick succession.

First the traffic situation in the state grew from bad to worse, particularly in the Apapa axis of the state to other parts. But with the partnership of the federal government and an initiative set up to address the situation, the chaos is not gone but gradually easing up.

About this time, also, the state of Lagos roads was in utter mess such that even supporters of the government were helpless in their defence. Sadly, this became more pronounced during the rainy season, leaving a majority of Lagos people somewhat impatient. But with a systematic intervention, the story is changing.

While this subsisted, the menace constituted by commercial tricycles and motorcycles otherwise called okada became another challenge for the state, prompting the government to restrict their movements and chasing some off the streets. This though didn’t go down well with some people, the decision, given the safety, security, and health implications became imperative for the state. And so, it was done.
Soon, there were series of building collapses in the state, which questioned regulations and quality control by the government. Governor Sanwo-Olu did not relent as stringent approval and enforcement rates had since taken a different turn.

The spate of explosions in different parts of the state – from Ijegun to Soba and Fagba areas of the state – took their toll on the development and governance of the state, all of which Sanwo-Olu rose up to and taking measures to preventing reoccurrence. He has also promised compensations to the affected.
Perhaps, none of the aforementioned has tasked the leadership capacity of the governor as much as the outbreak of the Covid-19 pandemic, which has yet to clear off but largely tamed in the state. Not only did the governor take charge as the incident commander and showed leadership, he also set the path for other states to take a cue.

Indeed, his response to the development impressed the president, Muhammadu Buhari, so much that he gave the state some money and other supports needed in the fight against the pandemic.
Interestingly, if anyone had thought that the fight against coronavirus was Sanwo-Olu’s biggest challenge, then, wait for the nearly 12 days #ENDSARS protests by youths in many parts of the state and consequently, the country.

A genuine, legitimate, sincere and timely protest by the Nigerian youths to end police brutality especially, by men of the Special Anti-Robbery Squad (SARS) soon ended in chaos after soldiers drafted to disperse the protesters at the Lekki Toll Plaza, paved the way for thugs to hijack the movement out of rage and unleashed terror on the state.

The governor has spent the last over 48 hours going round the state to inspect the level of wreckage left behind before charting the way forward. He has also relaxed the curfew from 24 hours to between 8am and 6pm last weekend. In addition, security operatives have been drafted to some of the flashpoints to prevent further breakdown of law and order.

Interestingly, the youths, many of who initially declined counsel on how to successfully prosecute their protests, have realised the point they missed it and are seeking ways to partner the state in both the cleanup and the rebuilding processes that are currently on the card.

In the final analysis, why the reason for the protest cannot be diminished in the light of what has happened, because the demands were genuine and legitimate, it’s worthy of note that the governor has discharged himself equitably in his efforts to live up to billings.

He not only identified with the youths, he visited them twice at their ‘rally headquarters’ in Lekki Toll Plaze, where some of the irreverent youths talked down on him, but still personally delivered their five-point demand to the president, all of which were attended to almost immediately.

But because the protest had been hijacked, although unknown to the youths, who were made of two generations – the millennials and the Genzees (Generation Z) – the ugly denouement was predictable. All hope is not lost yet, even as a criminal prosecution of the thugs that took over the city must be total to serve as deterrent in the event of any future movement, close to the #ENDSARS protest.
With a diary fraught with crises management from his first day in office, Governor Babajide Sanwo-Olu is not the type for anyone to envy. And even more commendable is the fact that he has always risen to the occasions. 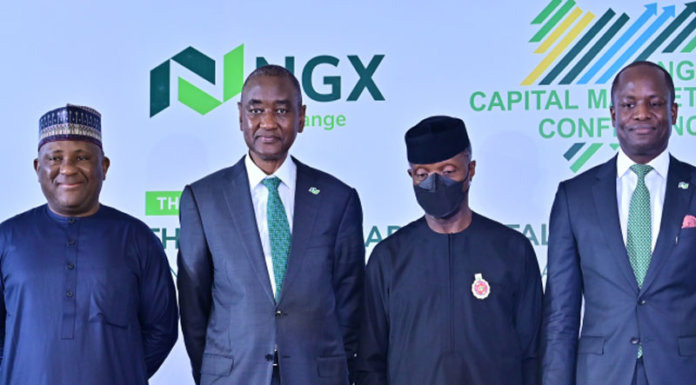