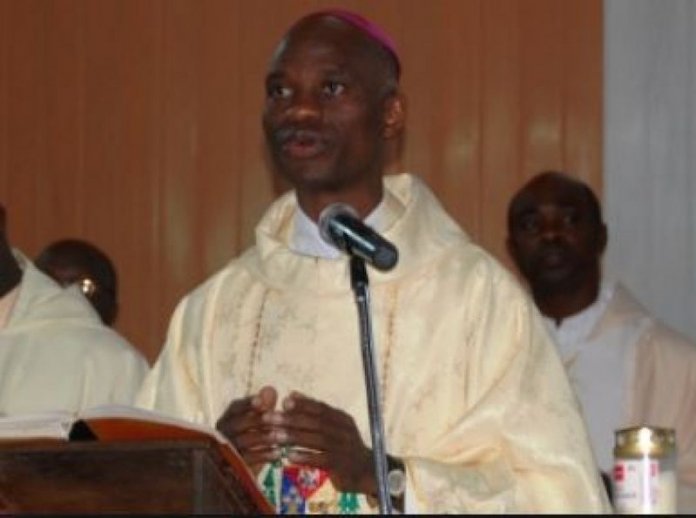 The Catholic Bishop of Ekiti Diocese, Most Rev Felix Ajakaye, has blamed the Nigerian Army for deploying men of Operation Crocodile Smile Vl to coincide with a nationwide protest tagged ‘EndSARS’, saying this was largely responsible for the killings of peaceful protesters in Lekki area of Lagos.

In a statement issued in Ado Ekiti yesterday, the Bishop appealed to Nigerian youths to register and collect their voter cards from the Independent National Electoral Commission to effect the real change Nigerians deserved in the 2023 general polls.

Bemoaning the deployment of soldiers to dislodge legitimate protesters, Ajakaye said: “I regard the soldiers’ shooting of the worthy protesters of #ENDSARS at the Lekki Toll Plaza, Lagos, as murder, and there is the urgent need to bring the perpetrators of the heinous crime to book.

“Unlike what the Nigerian Army told us then that the soldiers who killed the revered and noble heroine, late Mama Funmilayo Ransome-Kuti (legendary Fela’s mother), were ‘unknown soldiers’, in this age and time, this is not acceptable.
“The Nigerian Army is claiming that the blood thirsty men in army uniform were not its members. Then, why were the ‘real’ soldiers not deployed to counter the ‘fake’ soldiers when the evil action was going on? We need urgent answer now from the Chief of Army Staff, Lt Gen Tukur Buratai and particularly, from the President and the Commander-in-Chief.

“The introduction of the ‘Crocodile Smile’ during this struggle by the youths, whether involved or not, is ill-advised. Nigerians, our authentic foreign friends and sympathisers are not smiling at all.
“When the nation is ‘burning’ and people are brutally murdered, I cannot imagine how and why the president will exhibit insensitivity in this very trying period in the history of Nigeria”.
Ajakaye described the deployment of soldiers at this crucial time of legitimate protests as part of the militarisation of politics in Nigeria.

“Tuesday, October 20, 2020 will be part of Nigeria’s history, and this must be taught to generations from generations when the teaching of History as a subject finally resumes in Nigeria.

“As I stated before, on the current wave of protests, tagged #ENDSARS, I would like the Federal Government of Nigeria to listen to the people’s grievances, not only against SARS and Police brutality, but also against indifferences to people’s plights, injustice, bad governance, recycled and incompetent leadership, insecurity, deceit, mistrust, with hunger and anger in Nigeria.

“The government should act promptly and should be seen doing concrete things for the good of all. I humbly appeal to the worthy protesters to exercise decorum and to be civil in their utterances and actions, and never to allow those who may want to use the protest for their criminal agenda and activities.

“For those attacking and killing police, committing arson, raping, vandalising, looting and disturbing other people’s peace and movements, including medical personnel, fire departments personnel, I plead with them to sheathe their swords, allow justice to prevail and be assured that there will be true peace and development. By God’s grace, and with everybody’s concrete effort, there will be light at the end of the tunnel.

“With the zeal and vigour the #ENDSARS protesters were maintained, I would like the youths in Nigeria eligible to vote to kindly register, collect their voters’ cards and use them to vote for the concrete changes the struggles are focusing. Not only, with the same spirit, attitude and orientation, we will make sure that our votes are rightfully counted”.