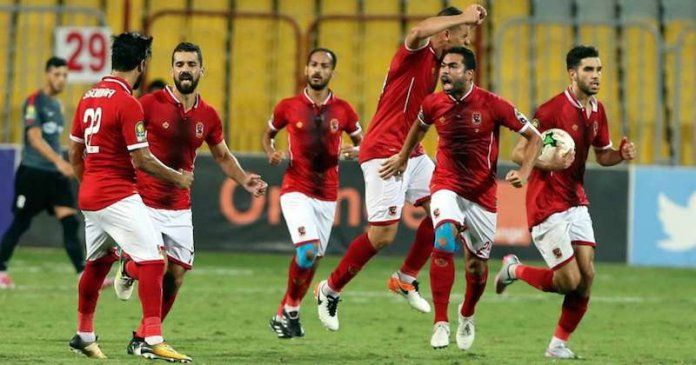 An early Marwan Mohsen goal set Al Ahly of Egypt on their way to a 3-1 home victory over Wydad Casablanca of Morocco on yesterday and a place in the CAF Champions League final. Mohsen struck after five minutes.

Hussein el Shahat added a second midway through the first half as Ahly doubled their aggregate advantage having won the first leg of the semifinal 2-0 last weekend. WYasser Ibrahim scored a third goal for record eight-time African champions Ahly before substitute Zouhair el Moutaraji pulled one back eight minutes from time.

Ahly qualified 5-1 overall and must wait until November 1 before knowing whether they will face fellow Egyptians Zamalek or Raja Casablanca of Morocco in the single-match final five days later. Zamalek were due to defend a 1-0 first leg lead over Raja today in Cairo, but the match was postponed when eight of the Moroccan squad tested positive for coronavirus.

This was the 10th match between two of the strongest sides in Africa with Ahly winning four, Wydad two and four drawn.
Should Zamalek qualify next weekend, it will be the first CAF Champions League final between clubs from the same country.