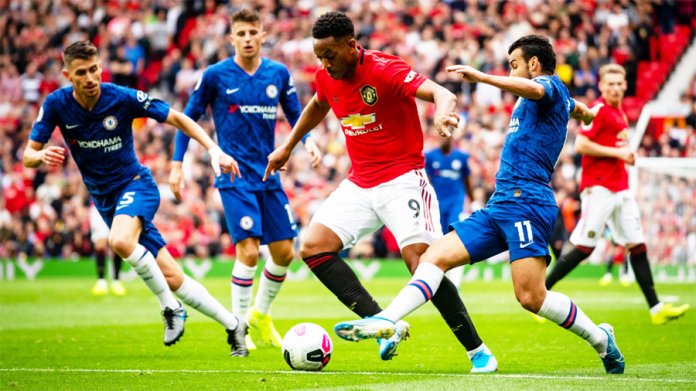 Manchester United welcome fellow top-four hopefuls Chelsea to Old Trafford today for the headline fixture of week six matches of the 2020-21 Premier League season. The Red Devils go into the match off the back of a memorable Champions League triumph in Paris, while Chelsea were held to a goalless draw by Sevilla midweek

What a difference a week can make in football. Just seven days ago Manchester United were a club in crisis, having lost their last Premier League game 6-1 at home and missed out on all of their top targets in the transfer market, resulting in some hurried deadline-day business.

Now, they welcome Chelsea to Old Trafford flying high again after returning to winning ways in the Premier League at Newcastle United last time out and upsetting the odds to beat last season’s Champions League runners-up Paris Saint-Germain at the Parc des Princes on Tuesday night.

It is the second victory away to PSG of Ole Gunnar Solskjaer’s tenure, although he will be wary of a hangover of sorts – after the first 19 months ago they lost their next two games and only won three of their next 12 across all competitions.

Incidentally, that run was broken by a 4-0 thrashing of Chelsea in the corresponding fixture on the opening day of last season, and anything close to a repeat of that scoreline would go even further towards raising the gloom that had begun to surround the club.

Manchester United have now won five of their last six games across all competitions, but the main concern will be that all five of those victories have come on the road.

Indeed, the victory in Paris means that they have now won 10 consecutive away games in all competitions for the first time ever, but at Old Trafford it is an entirely different story.

The 20-time champions are still searching for their first home point of the campaign, having been beaten 3-1 by Crystal Palace in their opener before that already-infamous 6-1 humiliation at the hands of Tottenham Hotspur – their joint-worst ever Premier League defeat.

Only once in their entire history have Man United lost each of their opening three home league games of a campaign, with that coming in 1930-31 as they went on to finish bottom of the table.

Indeed, you have to go back to February 1979 for the last time the Red Devils lost three consecutive league games at Old Trafford at any stage of a season, while their winless home run stretches back even further.

United have only picked up two points from the last 12 on offer on their own patch and could go five consecutive matches without a home league win for the first time since February 1990.

It is just as well, then, that they welcome a Chelsea side whose away record could also do with vast improvement, particularly on the defensive side.

Home and away, Chelsea are conceding an average of 1.5 goals per game under Frank Lampard in the Premier League, which is the worst rate of any of their managers to have taken charge of more than one game in the competition.

Tuesday night’s goalless draw with Sevilla will have come as a relatively satisfactory result, then, and the fact that new goalkeeper Edouard Mendy has now kept two clean sheets in his two appearances will raise hope that their poor defensive record will improve when he is regularly in the team – and if not, Lampard always has Petr Cech to fall back on after the technical director was included in their Premier League squad.

The Sevilla stalemate also means that Chelsea have only won one of their last five games across all competitions, though, while they have only picked up maximum points once in the league since the opening day.

Chelsea’s last away outing in the Premier League saw them fall 3-0 down to West Bromwich Albion before salvaging a 3-3 draw, but they will know that Man United will not allow them a route back into the game so easily if they make another poor start.

However, the hosts do have a difficult spell coming up with this match against Chelsea being followed by meetings with RB Leipzig, Arsenal, Istanbul Basaksehir and league leaders Everton in the next two weeks.

Chelsea, by contrast, have a much kinder upcoming schedule and so can focus fully on this trip to Old Trafford without one eye drifting onto to the challenges ahead.