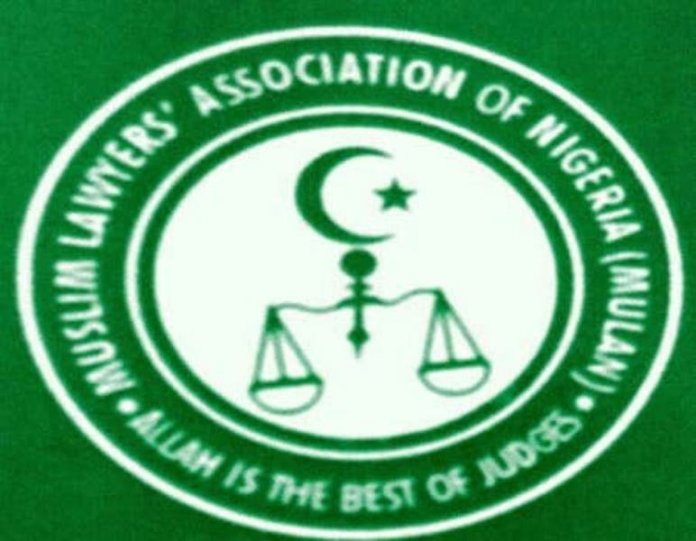 The Lagos State chapter of the Muslim Lawyers Association of Nigeria (MULAN) has endorsed the call for an end to police brutality in all its ramifications and also joined all well-meaning persons and institutions in the clarion call for wholesome reforms in the training and welfare of nation’s Police officers and men.

In a statement issued yesterday, the group also condemned in unmistaken terms the attack on peaceful protesters at the Lekki toll gate.

It called for a full inquiry to unravel the circumstances surrounding the unfortunate incident.

“We decry the avoidable loss of lives and properties occasioned by the unfortunate involvement of criminal elements who capitalised on the protests to wreak untold havoc and chaos in Lagos metropolis in the last couple of days.

“We condemn the unwarranted attacks on both private and government properties especially the High Court of Lagos and the Court of Appeal. As Lawyers, we are highly pained by the wanton destruction of judicial facilities and records.

“We call on the government to fish out the perpetrators of these dastardly acts and bring them to justice in earnest.

“We commend the Lagos State government for promptly setting up a Judicial Panel of Inquiry to receive and investigate complaints of police brutality in Lagos State in order to ensure that the culprits of same are duly punished while the victims are justifiably compensated. “We implore the concerned youths and other victims of the pervading abuse of Police powers and authority to use the platform to seek and get the necessary legal redress”.