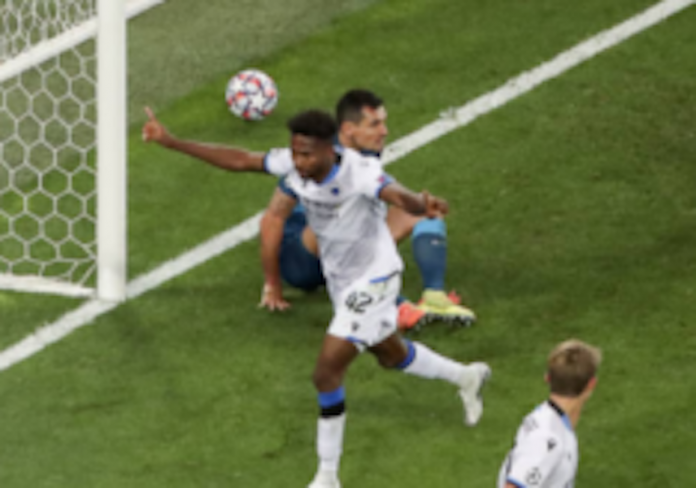 Super Eagles forward, Emmanuel Dennis, lived up to his boast of scoring on the big occasions when he netted for Club Brugge last night in a UEFA Champions League group game at Russian league leaders Zenit Saint Petersburg.

His opener will go on to inspire the Belgian champions to a sensational 2-1 win on the road.
Dennis tucked away the ball home beyond a crowd of Zenit defenders in the 63rd minute after he had first ensured the ball had been kept in play.
He was replaced in the 82nd minute.
Borussia Dortmund and Lazio are the other clubs in Group F.
Last season, Dennis bagged a brace at Real Madrid in the same competition, before he fired a stunner against Manchester United in the UEFA Europa League