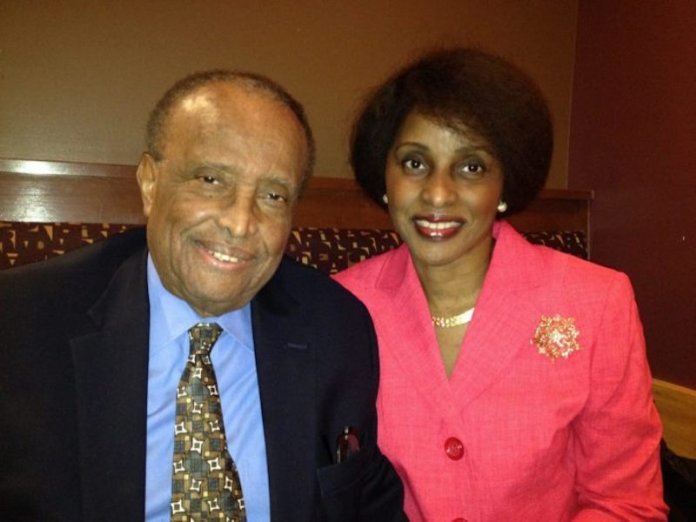 Dr. Arese Carrington, wife of former United States Ambassador to Nigeria, Walter Carrington, has expressed appreciation to Nigeria, Nigerians and the people around the world for their show of love when her husband died.

A fearless diplomat, Carrington, who was appointed as US ambassador to Nigeria by President Bill Clinton, played a major role in helping to enthrone democracy in Nigeria.

Carrington served as US envoy during Nigeria’s challenging era of military dictatorship and struggle for democracy, but stood firmly on the side of Nigerians fighting for justice and seeking an end to military rule.

During the four years he served as ambassador of the United States in Nigeria, Carrington was an outspoken champion of human rights and advocate of Nigeria’s return to democratic rule.

His death at 90, elicited a flood of tributes from around the country, as Nigerians recalled his remarkable tenure as US envoy.

In a statement issued yesterday from her base in the United States, Mrs. Carrington said her late husband had been laid to rest with United States Military funeral honors at a private ceremony following current guidelines.

She thanked the Nigerian Presidency, state governors, her extended family, the diplomatic corps, Carrington Fellows and alumni, Carrington’s friends, Nigerian press and the Nigerian people for the outpouring of love to her late husband and the family.

The statement titled ‘From a Grateful Heart to a Grateful Nation,’ read:

“It is with my deepest gratitude and humility that I have received the outpouring of love, support and tributes from Nigeria and around the world over the passing of my beloved husband Ambassador Walter Carrington. He has been laid to rest with United States Military funeral honors at a private ceremony following the current guidelines. A video of the ceremony will be posted online.

“Maya Angelou, said ‘if you’re going to live, leave a legacy. Make a mark on the world that can’t be erased.’

“Walter lived, left a legacy and made a mark on the world that can’t be erased. At an appropriate time I hope there will be an opportunity for us to celebrate his life and legacy together.

“I would like to thank the Presidency, state governors, my extended family, the Diplomatic Corps, Carrington Fellows and Alumni, Ambassador Carrington’s friends too many to mention, the Nigerian Press and the Nigerian people whom he struggled and fought on their behalf and believed in their ability to take the country to its place of world leadership.

“Thank you and May you all be blessed.”