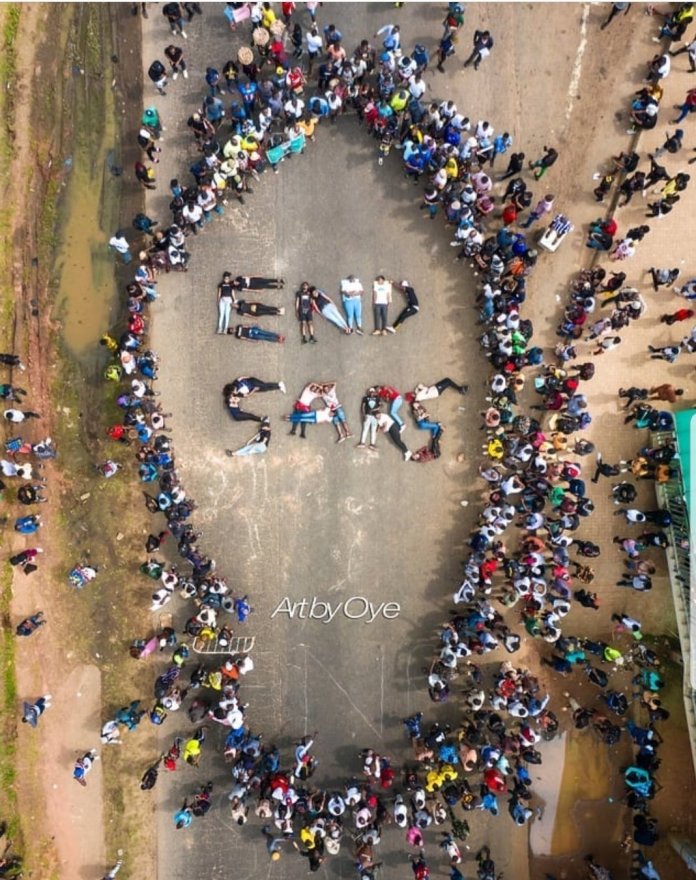 A Culture of Ad-hoc Measures

Disband SARS! Sack the Inspector General of Police! Sack all Police Commissioners in the 36 States and the FCT! Establish fact-finding committees in the all the 36 States of the Federation and the FCT! Establish a victim’s compensation fund! Establish SWAT! These and many other proposals have gained prominence in the last two weeks, as possible solutions to the anti-SARS protests. To be fair, the idea of a panel to investigate allegations of rights abuses against officers of SARS is a welcome one, so also is the setting up of a compensation fund for victims of SARS violations. This is particularly so, given the reality of our criminal justice system where victims of rights abuse are almost always left without remedies. However, there is now an urgent and pressing need to move away from that Nigerian culture that thrives on proposing ad-hoc interventions to serious problems. The fire-brigade approach!

Is SARS the Problem?

It seems to me that the first step towards proffering solutions to the SARS hullabaloo, is to accurately identify the problem. In my respectful view, the problem has never been just about SARS. SARS is a symptom of a chronic illness, afflicting our Police and policing system. In plain language, we have never taken our Police institution seriously. The problem therefore, is not about SARS. SARS is the result of our failed response to Police reform. Even before the anti-SARS agitations, at no time in the history of Nigeria has there been a greater need for Police reform. The spate of violent crimes, including acts of terrorism, should have placed Police reform on top of the national agenda. The Police should have been the primary institution, to address Nigeria’s security problems. Yet, since 1999, we have regrettably preferred lip service and policy summersaults to actionable interventions. We have largely been running energetically on the same spot, with little movement. While we fiddled, corruption, abuses of human rights in the form of torture, unwarranted search and seizure, extrajudicial killings and ineffectiveness exemplified by poor investigation and intelligence gathering capabilities, all combined to produce a loss of public confidence in the Police.

Providing a sense of security to all Nigerians, irrespective of age, money, ethnic group, gender or any other difference, and attending to their grievances is dependent on the establishment of a Police, which is efficient, honest and professional to the core. The nationwide anti-SARS agitations, is sufficient proof that such a Police does not exist in Nigeria. The stories of ordinary people on the streets across Nigeria, makes the need for Police reforms self-evident and urgent.

If we are going to be honest with ourselves, can we as a country realistically expect a Police institution that works in the interest of all Nigerians, when Police initiatives by successive governments since 1999 have been largely cosmetic and too often without substance? Community policing for example, is perhaps, the most misunderstood and frequently abused theme in police management in Nigeria today. The Nigeria Police appears to have misunderstood the essence and concept of community policing. Organisational tinkering and advertisements in national television stations, cannot by any stretch of imagination, be labelled community policing. Community policing is not a program that can be launched, like a book presentation. It is a value system in which the primary organisational goal of policing is working cooperatively with individual citizens, groups of citizens, and both public and private organisations to identify and resolve crime, safety and security issues. In my view, the road to community policing must first start with citizens’ confidence in the Police. We are not there yet.

There is nothing those clamouring for change in policing methods are saying today, that has not been said by justice sector reform stakeholders since 1999. There are a frustrating number of reform proposals that have never made their way from paper to implementation, and a lot more that have not survived administration changes. We have had about two decades of debate on policing and police reform in Nigeria, facilitated by high-level committees in many cases presidential committees. These committees recommended a wide range of reforms, such as replacing the outdated Police Act with a new legislation that reflects Nigeria’s constitutional imperatives, raising salaries and benefits, improving recruitment and selection criteria, elevating training standards, offering specialised training, developing and certifying operational procedures, offering a system of merit based promotion and appointments, vetting psychological status of officers and creating and strengthening accountability mechanisms and oversight. Despite public consensus on these recommendations, except for the review of the Police Act, these measures have largely gone unimplemented.

The inconvenient truth is that however long it lasts, the solution cannot be to remain permanently on the streets. It will be a matter of much regret, if at the end of all the agitations, we have made little or no progress with Police reforms. Achieving ‘change’ in the Nigeria Police, will not happen overnight. Nevertheless, the process of ‘changing’ the Police must be accelerated, to keep up with the expectations of Nigerians.

In conclusion, I now suggest six administrative presidential directives, for the consideration of President Muhammad Buhari. In my considered view, these directives provide practical measures for managing the transformation of the Nigeria Police.

Directive 1: The Presidential directive to all State Governments on the establishment of investigation panels in all the 36 States of the Federation and the endowment of compensation fund for victims of SARS abuse, must be implemented to the letter. We simply cannot go forward, without dealing with the violations of the past. The Presidency must urgently issue timelines and a report back mechanism, for States to give updates on the activities of these panels. A monthly reporting and peer review process, may be considered. While the six month mandate period for the investigation panel will undoubted focus minds, a sustainable approach must necessarily be to endow the National Human Rights Commission and the Legal Aid Council of Nigeria with the necessary human and financial resources, to enable them deliver on their mandates. In the case of the National Human Rights Commission, it is simply inexplicable that its decision making body (Governing Council) is yet to be reconstituted, more than four years after the expiration of the term of the previous one.

Directive 2: Direct the Secretary to the Government of the Federation to immediately compose a working group made up of government and non-government criminal justice experts, to review the reports of all the Presidential Committees on Police Reform, as well as those of the constitutional conferences as it relates to Police reform. The purpose of this review exercise, will be to articulate practical and current proposals for the reform of the Police for the consideration of Mr. President. This working group should work for no more than four weeks. The working group report should subsequently form the basis of a draft actionable document, for the consideration of a broad based national conversation on Police reform.

Directive 3: Without prejudice to Activity 2, immediately appoint an Independent Police Ombudsman, with strong authority to receive complaints from the public on matters of Police corruption and abuse of powers, including extra- judicial killing. It is must now be obvious to all, that there is considerable unhappiness with the system of inquiring into complaints against the Police. Investigation of Police officers by their own is widely regarded as unjust, and does not inspire public confidence. No Police accountability mechanism can be considered fair, if it fails to inspire public confidence. The trend all over the world is to set up an independent complaints authority to inquire into cases of police misconduct, which work openly, quickly, effectively, impartially and with adequate resources and authority, to guarantee independent and fair investigations.

Directive 4: Without prejudice to Activity 2, direct the Minister of Police Affairs to engage a reputable audit firm in the mould of KPMG, Deloitte, to undertake an audit of adequacy of salaries and allowances, manpower, vehicles, training institutions and other resources of the Police Force, with a view to identifying and prioritising specific areas of need for appropriate intervention, in the immediate to long term basis. The key resource available to the Nigeria Police to fulfil its mandate, is the human resources at its disposal. The need for a holistic review of the conditions of service of Police officers, to undercut the incentive for corrupt behaviour cannot be over-emphasised. This includes the review of salaries, welfare benefits, insurance and the Police pension scheme. Of utmost importance, is the need to intervene in the working environment of Police officers. The practice of housing Police stations in improvised accommodations, is a major concern. Most Police stations in Nigeria do not meet minimum conditions for Police work, including the detention and interrogation of persons who come into conflict with the law.

Directive 5: Direct the National Orientation Agency to convene a national dialogue on the desirability of State Police, with a view to commencing pilot projects in some States.

Directive 6: Direct the Secretary to the Government of the Federation to convene an extra-ordinary meeting of the Nigeria Police Council, to receive briefings and make inputs into the implementation of Directives 1-5. In addition, the SGF should be further directed to prepare proposals for the consideration of the Police Council, on achieving efficiency in the workings of the Council. The need for frequent meetings on Police matters not limited to appointment of Inspector General of Police, should be considered.