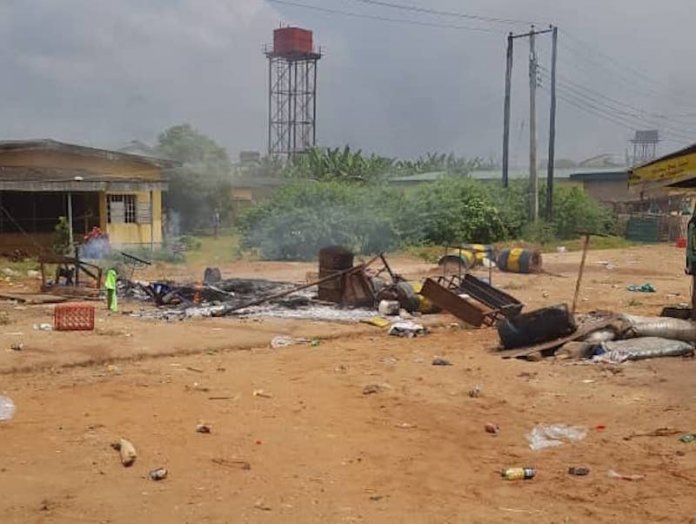 During the attack, they carted away arms and ammunition at the stations’ armoury, as well as other valuables before setting suspects free.

It was gathered that the vandals took advantage of the #EndSARS protest to perpetrate the attack on the police stations and the Correctional Facilities.

At the Oko Correctional facility, they were said to have broke into it and freed about 120 inmates.

The hoodlums, according to an eye witness who lives in the the area, came with clothes which the inmates changed into before walking away.

“Not only that, they also carted away valuables at the place before setting vehicles belonging to both staff and authorities of the Correctional facility ablaze. No fewer than 15 vehicles were raised”, the eye witness stated.

Efforts to reach both authorities of the Police and Correctional Facility in the state for comments proved abortive as their phone numbers were switched off.